Game four of this year’s grand final was yet another hard-fought clash – and this time Metallurg came up with the big goal to claim victory and tie the series at 2-2.

Tomas Filippi was the hero, breaking the deadlock midway through the third period to finally end Ilya Sorokin’s dominance of the home offense and hand his team a vital lifeline in the series.

The Czech struck on the power play, getting his stick on to Viktor Antipin’s shot from the blue line and deflecting it home while Sorokin was screened by a fierce tussle playing out in front of him on the slot. His celebrations, and the roars of delight from around the arena, were testament to the problems Magnitka had faced in the course of 47 minutes of trying to solve CSKA’s young goalie. Even then, there was a slice of good fortune: Antipin snapped his stick when unleashing his slap shot and the puck, uncontrolled, squirted out of reach of the waiting defender Roman Lyubimov and wide of the goal to the lurking Filippi. On a night when both goalies were in superb form, it was perhaps inevitable that only a cruel twist of fate could blot Sorokin’s copybook. 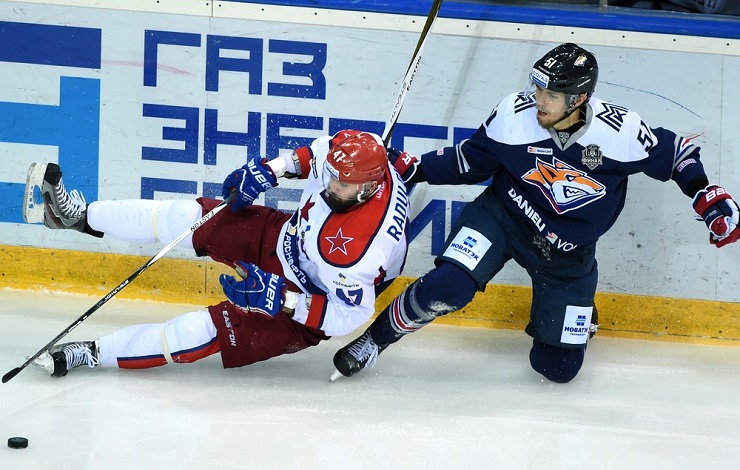 The 20-year-old has been nerveless throughout his first ever playoff campaign and his display on the night – even in a losing cause – added yet more weight to his already impressive claims for a call up to Russia’s World Championship roster. He came up with the big stops, such as the blocker work that denied Zaripov when the veteran forward conjured a shooting chance out of nothing midway through the second period. He faced down the solo rushes, such as Filippi’s burst up the ice just before the second intermission. He came up big when, during a passage of 4-on-4 action late in the third, he swallowed up a shot from the totally open Sergei Tereshchenko, keeping CSKA in the game until the very end. And, like one of Napoleon’s much-vaunted ‘lucky generals’, when Wojtek Wolski’s shot beat him in the last minute of the first period, he watched it clang into the post rather than swish into the net. 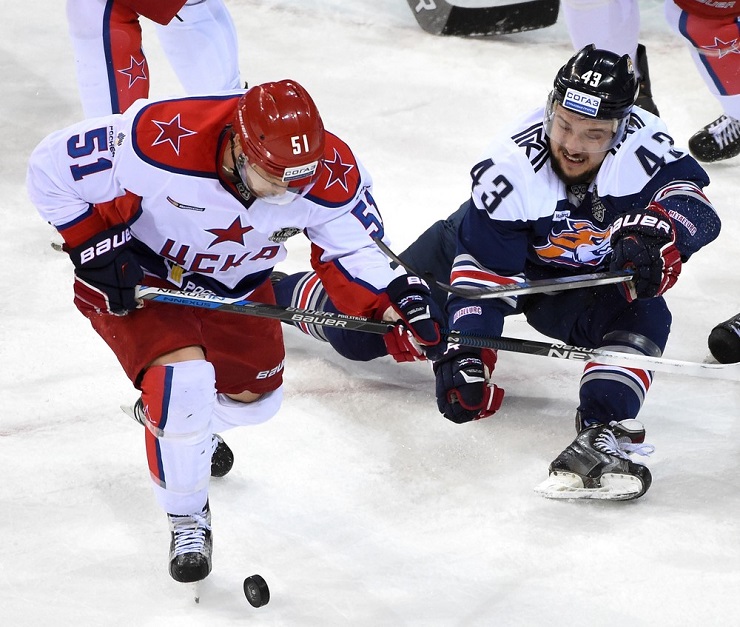 Yet Sorokin was not alone in impressing between the piping. At the other end Vasily Koshechkin – the other outstanding candidate for a World Championship call-up – was also in fine form for the home team, setting the tone with a solid early stop to deny Semyon Koshelev and winning a duel with Stephane da Costa at the start of the second period. As Geoff Platt, back on the ice for CSKA after a four-game ban, spun to whip in a dangerous backhand effort, Koshechkin’s pad slammed down to block its path to the bottom corner. Into the final two minutes, Koshechkin was still providing a formidable barrier, hanging on to Gennady Stolyarov’s close-range effort before withstanding the final onslaught. 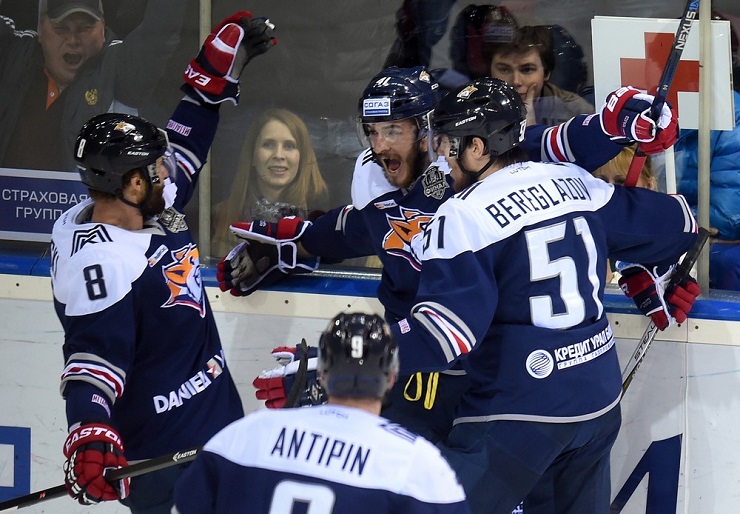 It was a night that was destined to frustrate forwards – and fans – as both goalies excelled. And as time wore on, the feeling that it would take a power play to break the deadlock grew ever stronger. Thus it proved: Grigory Panin was the fall guy, taking a minor penalty for tripping Sergei Mozyakin. The power play was converted and the Army Men were headed for their first post season road loss of 2016. It all means that the action continues in Moscow on Friday with the two teams still level and the series still poised to go the distance.