While one could describe the Gagarin Cup’s trip around Moscow last Friday as a tour of its birthplace, it would be just as true to say that the coveted trophy’s visit to the famous Magnitogorsk Iron and Steel Works on Tuesday was a journey back to its roots. When our ancestors began to smelt copper and tin five millennia ago, they ushered in the Bronze Age, that golden era of gods and heroic warriors who are still revered to this day (some even have sports clubs, including KHL hockey teams, named in their honor), and sure enough, in this part of the world, the Championship final series is seen as an epic Clash of the Titans.

A duel for supremacy featuring the capital of Russia and the capital of the world steel industry. The Cup has been here before, of course, but this was the perfect occasion for such a pilgrimage. Tuesday, the 12th of April, was Cosmonauts Day in Russia, and so it was decided that the trophy which bears the name of the most famous starman of them all should mark the occasion by touring the sights of the city.

The elite professionals from the KHL Photoagency accompanied the Cup on its travels, and as you can see, the silverware looks particularly superb against a backdrop of the imposing Homeland to the Front statue and the foundry flames at the Iron and Steel Works. 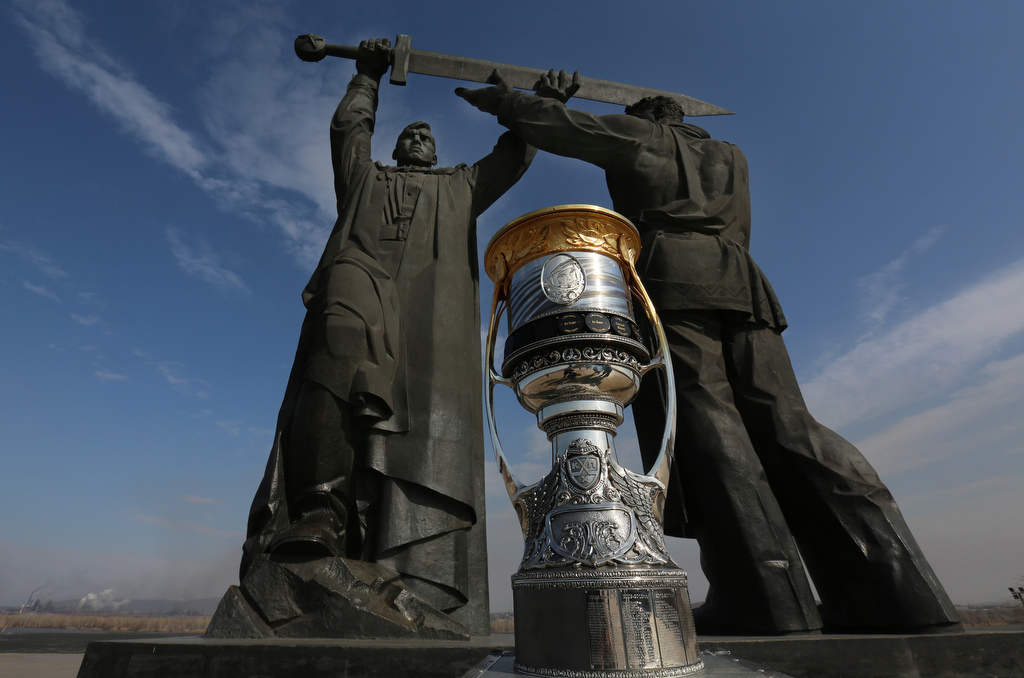 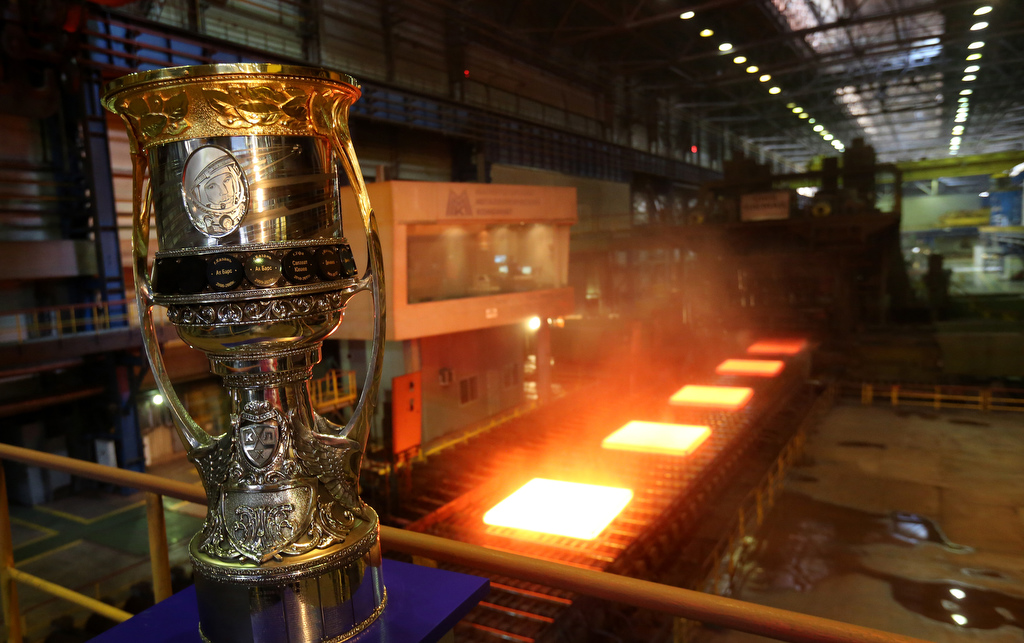 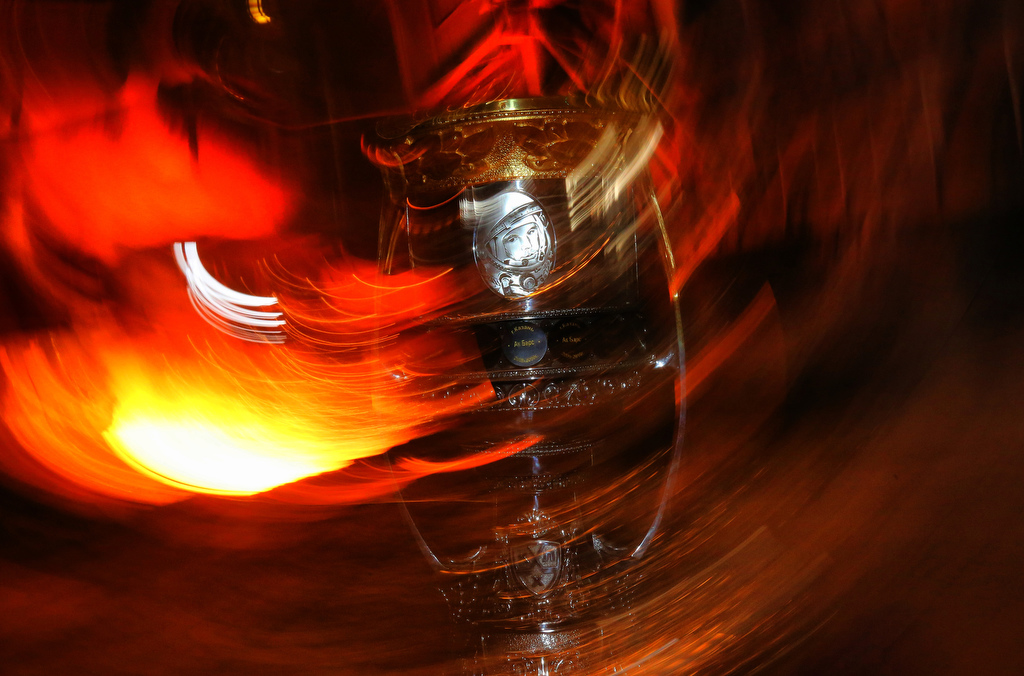 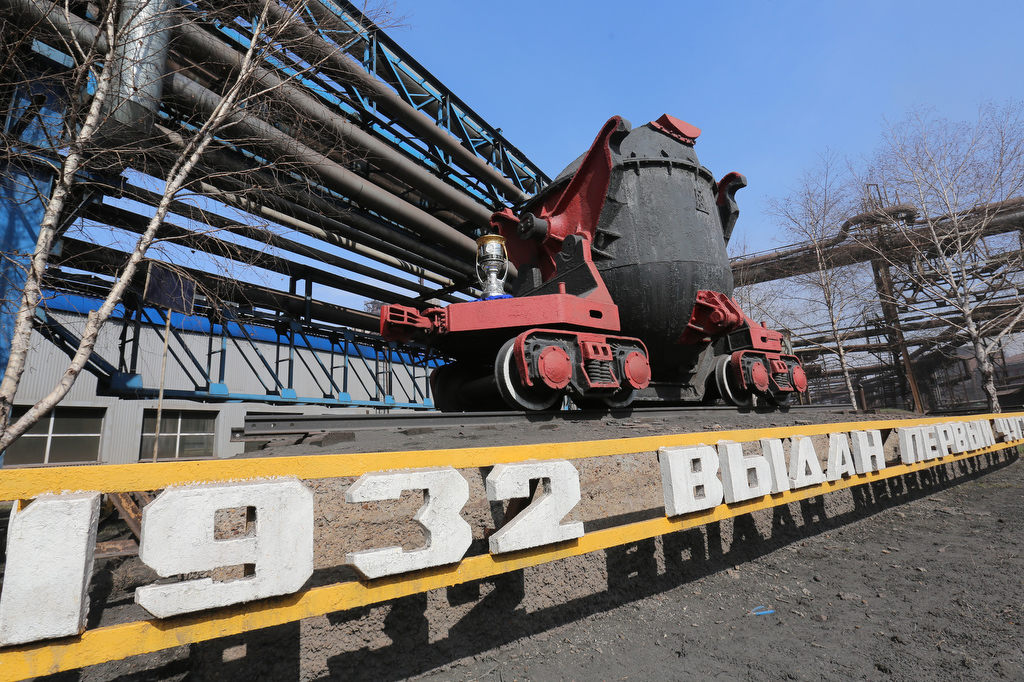 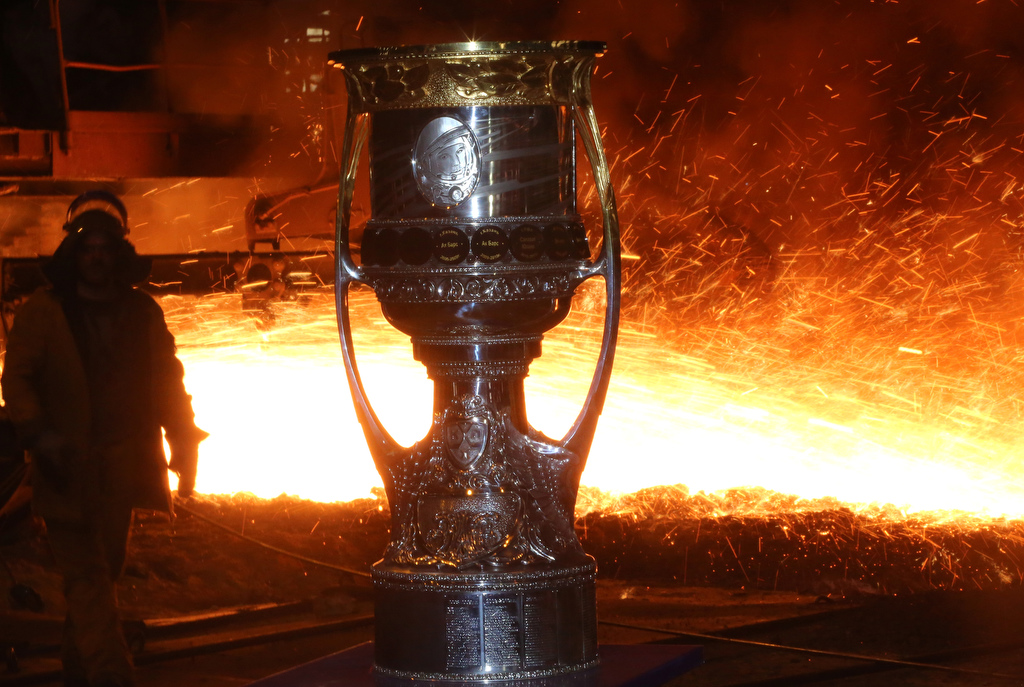 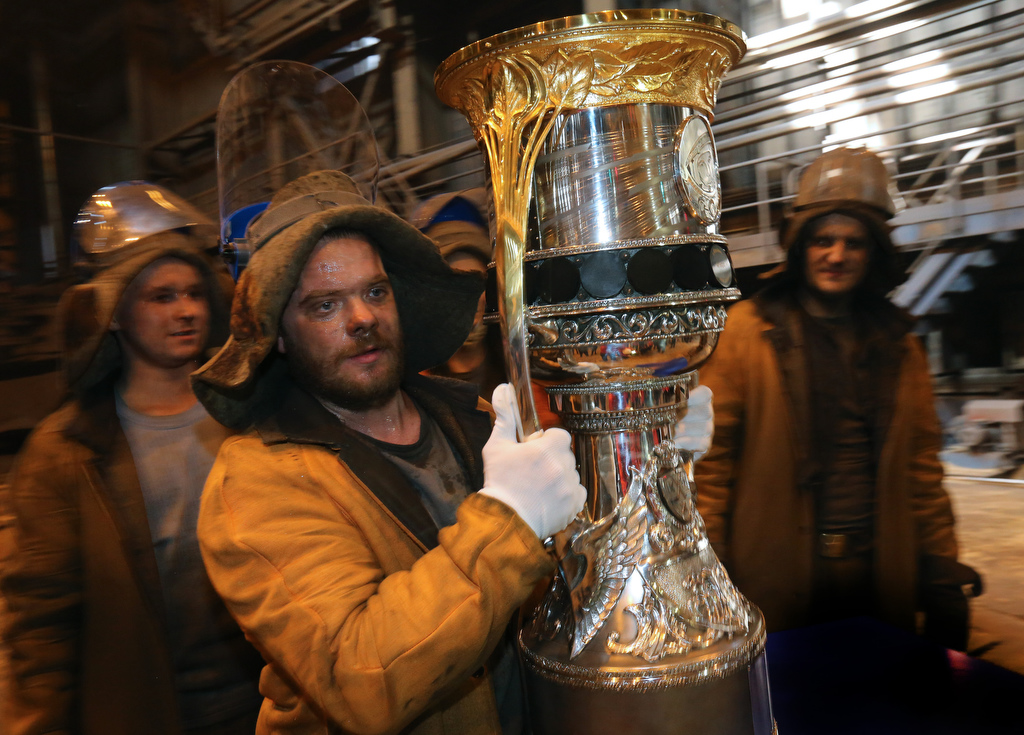 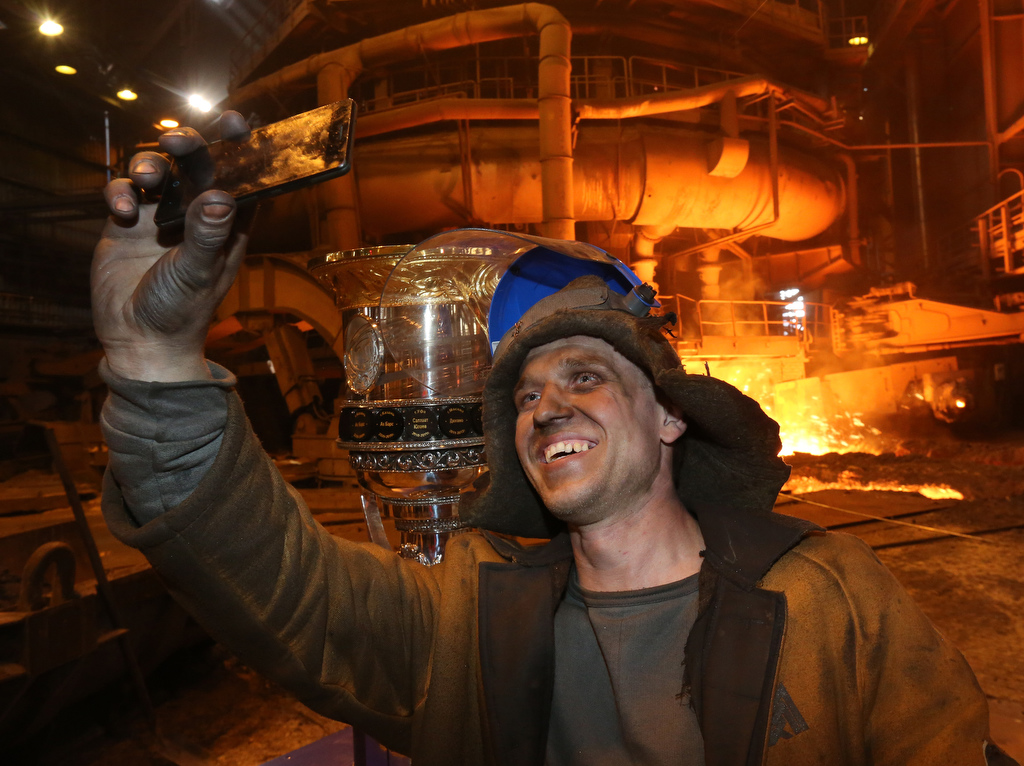 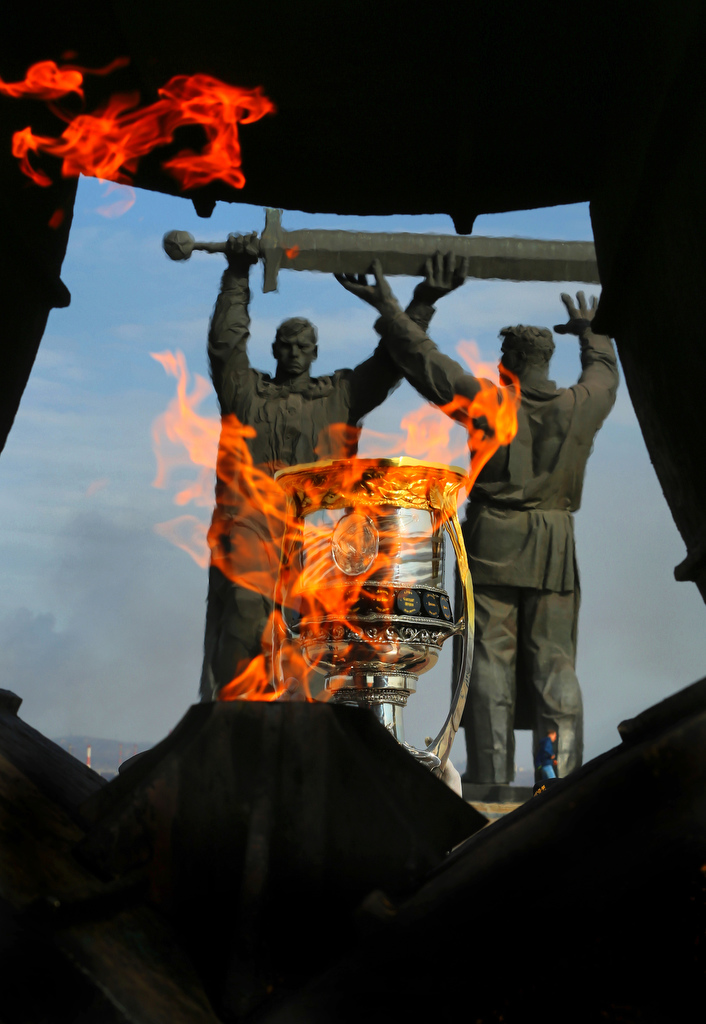 More images from this collection may be viewed on the KHL Photoagency website.
#gagarin cup
Share
Прямая ссылка на материал