CSKA struck on the power play deep into the first period of overtime to complete a dramatic recovery late in the game and claim a 2-1 lead in the series.

Stephane da Costa’s goal – his second of the night – gave the Army Men the triumph they thought they had secured in the closing stages of regulation until a Jan Kovar goal just 17 seconds from the hooter tied the scores at 2-2.

But once Rafael Batyrshin was given two minutes for cross checking on 17:51 of the extras, CSKA needed just 19 seconds to take advantage.

CSKA held the puck out on the blue line, Nikita Zaitsev passed across the face of the net to da Costa, and the Frenchman unleashed a magnificent shot from the top of the circle, giving Vasily Koshechkin no chance as it whistled through a crowded slot. 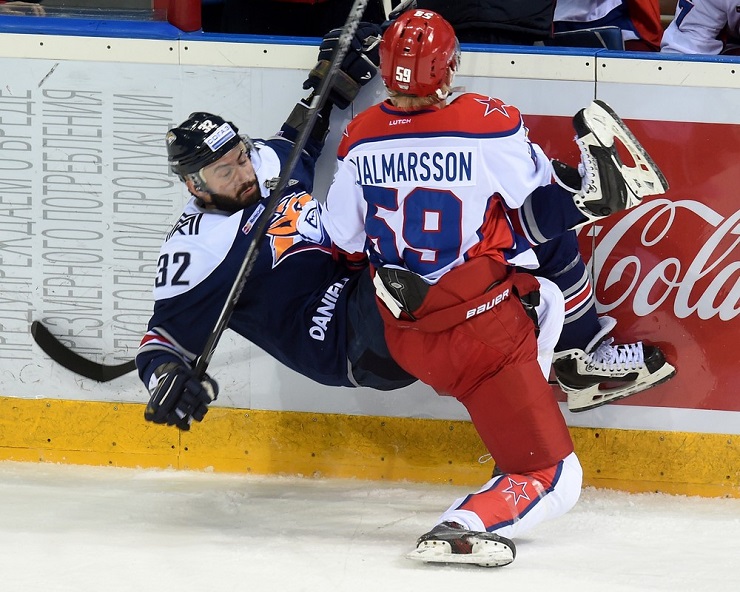 The first 60 minutes finished in dramatic fashion with Magnitka’s last-gasp leveller. Kovar’s goal, on a 6-on-5 storm, came when Alexander Semin’s pass off the boards found the Czech free of his marker to fire in a one-timer from close range. It was greeted with anger and anguish on the CSKA bench, where Alexander Radulov loudly vented his frustrations as the home team celebrated its temporary reprieve.

But Radulov’s anger turned to joy in overtime. Late revivals have been something of a feature of CSKA’s game in post season, and tonight was a throwback to the first round series against Slovan. That time three of the Moscow team’s four wins was secured after trailing in the final stanza – and on two occasions da Costa played a key role.

And he was at it again in Magnitogorsk as the Army Men cancelled out Danis Zaripov’s second-period marker to turn it around in the last 10 minutes. 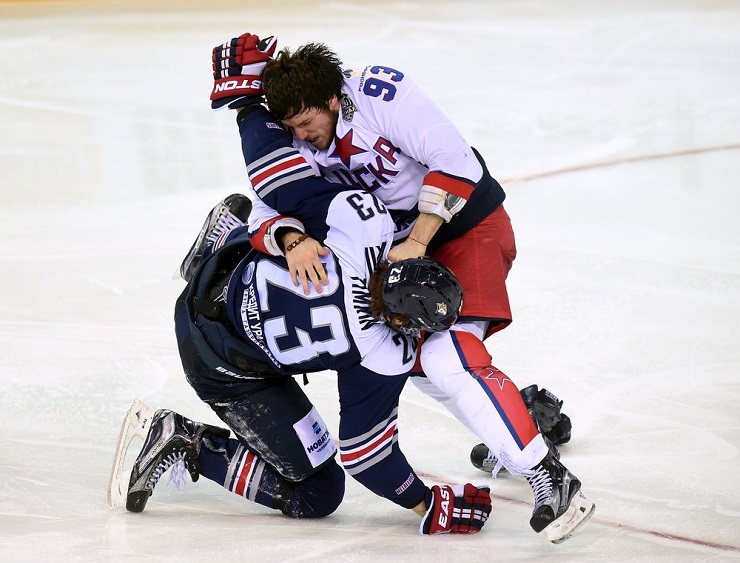 Da Costa’s tying goal here was unexpected and spectacular. There seemed to be little on when he collected Kirill Petrov’s pass in center ice and headed for the red line. But, barely a skate’s length inside the Metallurg half, da Costa surprised Vasily Koshechkin with a low shot that snuck inside the post to level the game.

Within a couple of minutes CSKA was in front thanks to Nikita Zaitsev’s third goal in as many games. It was a move of deceptive simplicity to convert a power play. Alexander Radulov passed to Ivan Telegin on the red line; the young forward pushed the puck onto Zaitsev’s stick and the defenseman had a big chunk of Koshechkin’s goal to aim for. If, as is widely expected, Zaitsev crosses the Atlantic this summer, he is leaving CSKA with a memorable run of form in this grand final series. 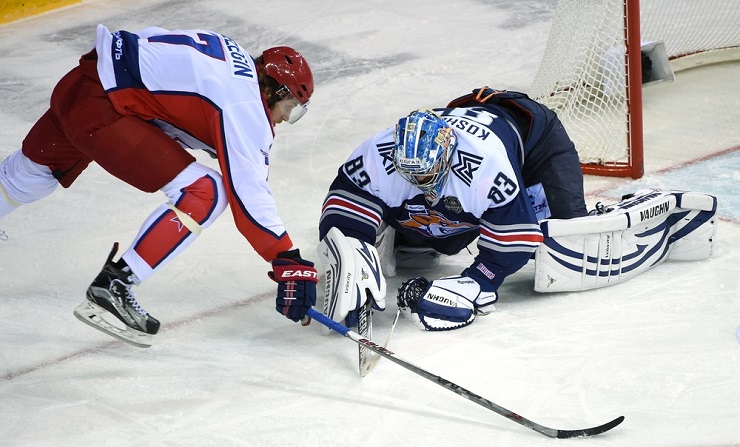 Earlier Zaripov gave Magnitka the lead in the 37th minute. It was a typical close-range finish from the experienced forward. Chris Lee’s backhand pass found Sergei Mozyakin in the corner; his pass to the slot saw Zaripov muscling his way in front of the defense to score on Ilya Sorokin.

But a single goal was not enough to give Metallurg the edge this time and CSKA marches on, maintaining its record of not losing a single road game so far in this year’s playoffs. The pressure is on Magnitka to end that streak tomorrow or face the unenviable task of saving the series on Friday night in Moscow.