All square! Magnitka strikes back

The sight of CSKA defenseman Grigory Panin slumped against the boards as the last 10 seconds ticked down told the story of this game.

It was only the Army Men’s second playoff loss of the year, but it was enough to ensure that the action continues in Magnitogorsk with the scores level and Metallurg looking forward to home advantage in the next two meetings.

Panin’s moment of misery came in the 42nd minute. There was little apparent danger when Alexander Bereglazov held up the puck at the point and chipped it hopefully back towards Alexander Semin, lurking at the far post. 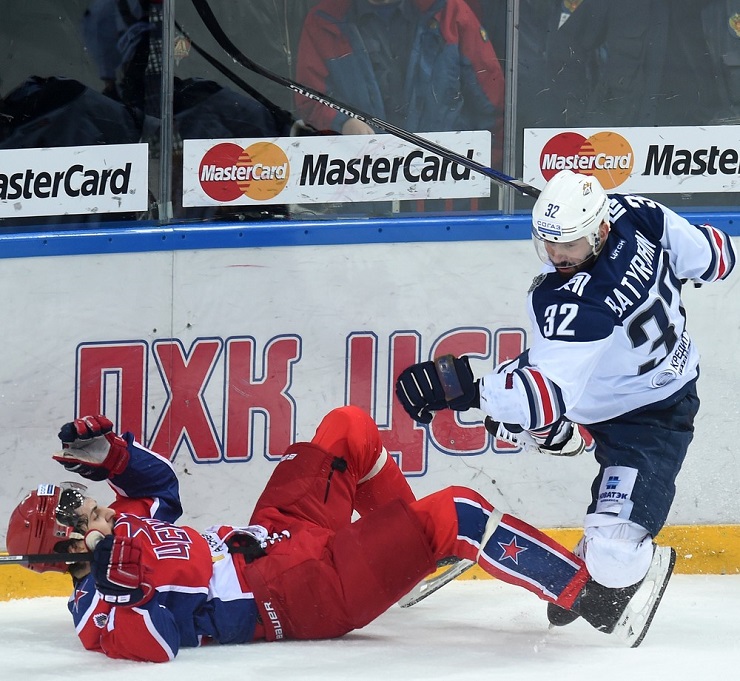 But the CSKA defenseman, alert to the danger Semin might pose, thrust out his arm to block the pass – only to look on in horror as he inadvertently swatted the puck past goalie Ilya Sorokin to put Metallurg 2-1 in front.

Following Thursday’s 5-1 defeat, Ilya Vorobyov’s team was in need of a boost. The return of Chris Lee, back on the blue line after suspension, offered hope of greater stability at the back – but initially it looked like more of the same was in store.

CSKA dominated the opening period and took the lead on its first power play. Alexander Radulov held the puck at the top of the right-hand circle and lured in two defensemen before firing out a pass to Nikita Zaitsev in the left channel. Zaitsev, whose solo effort in game one was one of the highlights of CSKA’s performance, needed no second invitation to fire home his second goal in successive games. 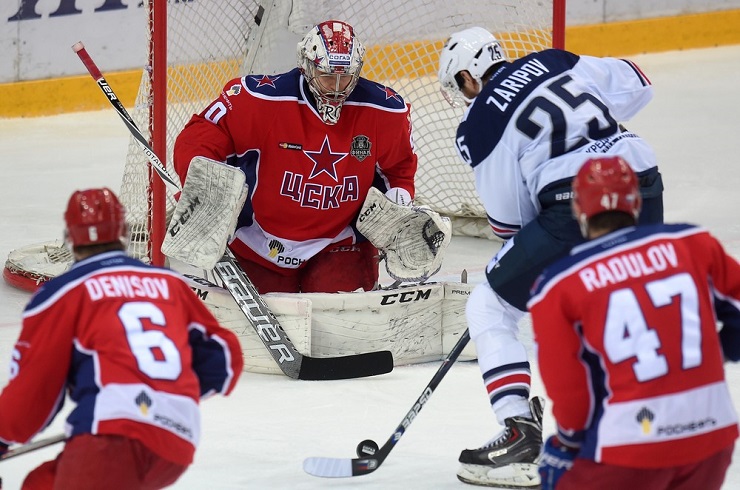 The lead lasted until the intermission but Vorobyov found the words to inspire Metallurg during the break. Barely three minutes into the second period the scores were level. Sergei Mozyakin created the move, darting behind the net and pulling the defense out of shape before teeing up the unmarked Zaripov for a close-range finish.

Then chances began to flow at both ends: Stephane da Costa lost out in a duel with Vasily Koshechkin before a quick turnover saw Mozyakin charging down the left, bamboozling Nikita Pivtsakin and testing Sorokin.

Even after Magnitka got ahead, CSKA continued to press. Simon Hjalmarsson could have made more of a good position in front of the net with five minutes to play while da Costa twice went close in the dying minutes after CSKA withdrew Sorokin and went for broke. The Frenchman forced a good save out of Koshechkin in the 59th minute and then flashed a shot agonizingly wide in the 60th but could not find a way to force overtime. 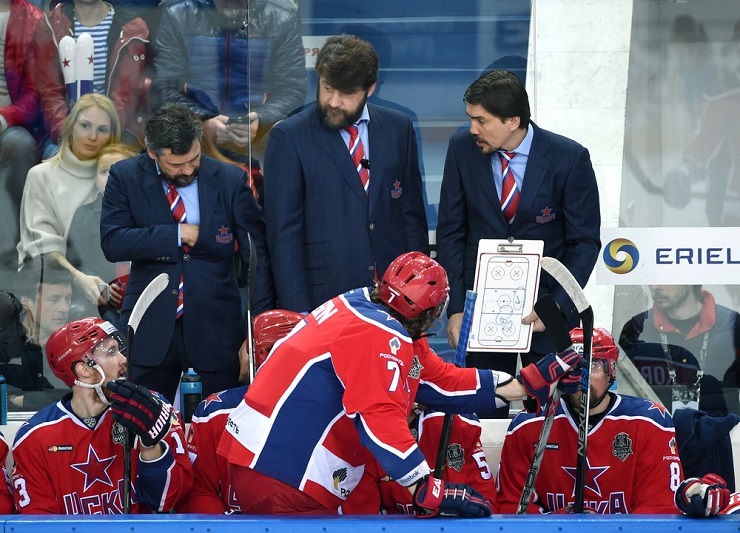 Metallurg weathered that storm and edged a tight verdict in a hard-fought game. Now, having demonstrated that the Army Men can be beaten, the stage is set for further epic battles in the Southern Urals on Monday and Wednesday.