On Friday, the 8th of April, while the players of CSKA and Metallurg rested their aching limbs on the morning after the opening game of the Gagarin Cup final series, the trophy itself - Russian hockey's Holy Grail - went on a tour of the nation's capital. The coveted piece of silverware was accompanied by an illustrious entourage, as Moscow's finest security team escorted the Cup around the major sights and the elite professionals from the KHL Photoagency came along to record the occasion.

Mother Nature even lent a helping hand, bathing the city in photo-friendly sunshine on a day borrowed from summer. The first port of call was the Cosmonaut Museum, which resonates with memories of the man whose name adorns the trophy. 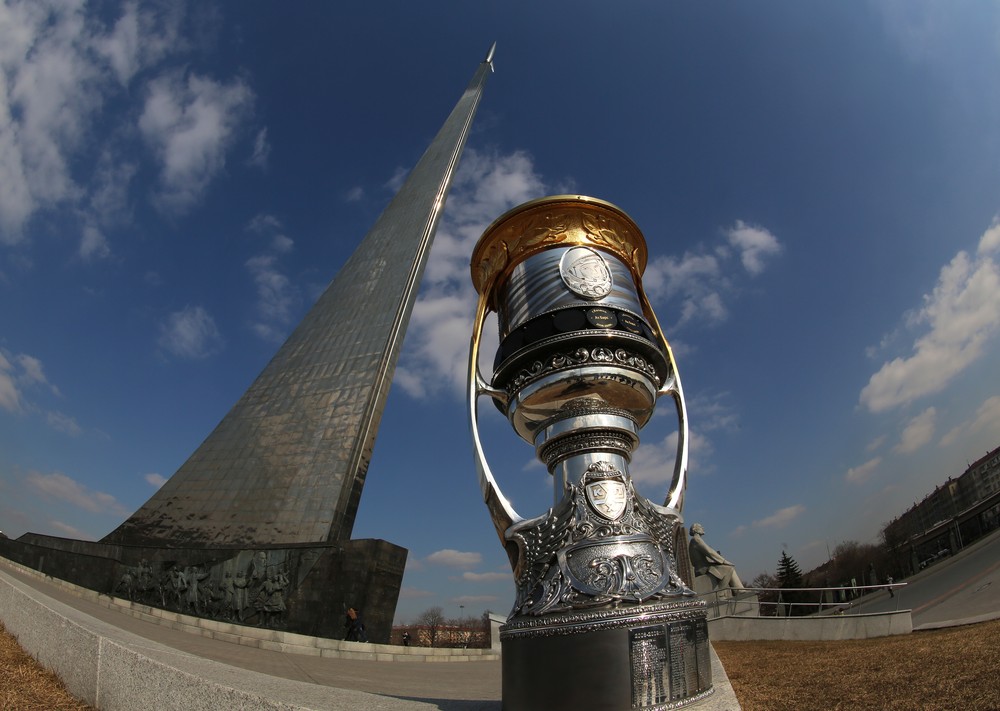 For three-and-a-half decades, this museum has recorded and commemorated Yuri Gagarin's historic orbit of the planet and the exploits of the many heroes who followed him, and one cannot help but draw parallels with the long and arduous quest for excellence undertaken by the KHL's finest as they face the final battle for Gagarin Cup glory. 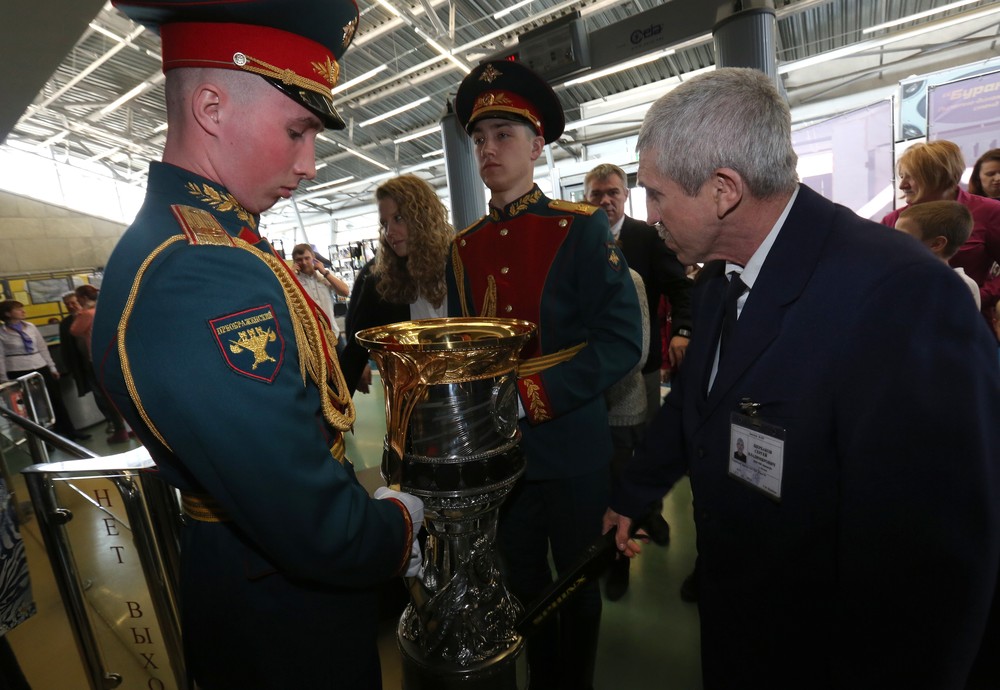 Even the most famous guest must pass through security. Rules are rules. 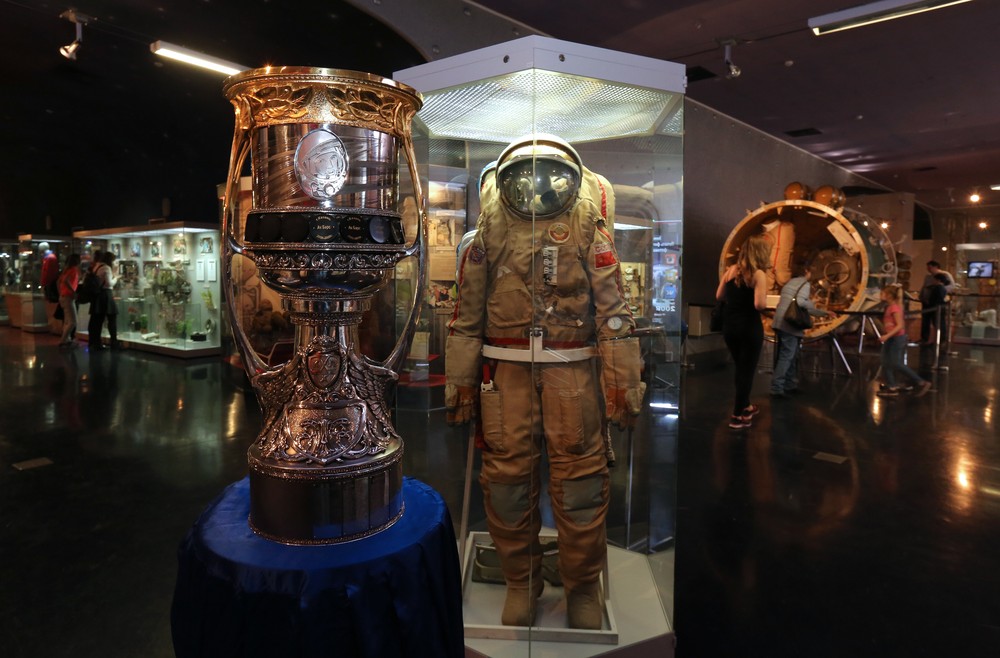 The trophy seems to feel at home amid the Space Age exhibits... 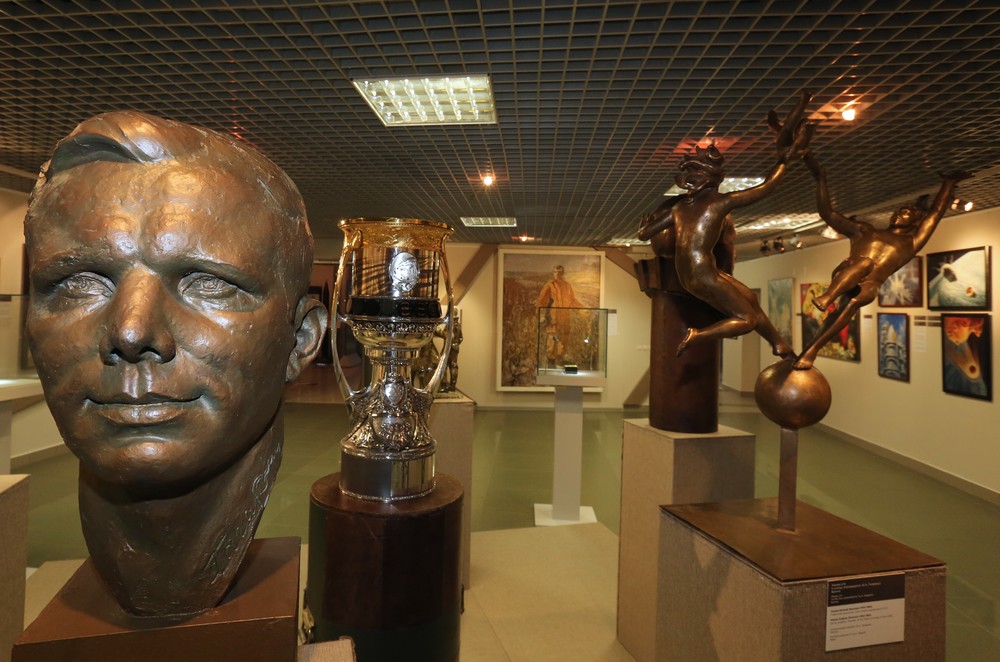 aside the re-entry capsule... 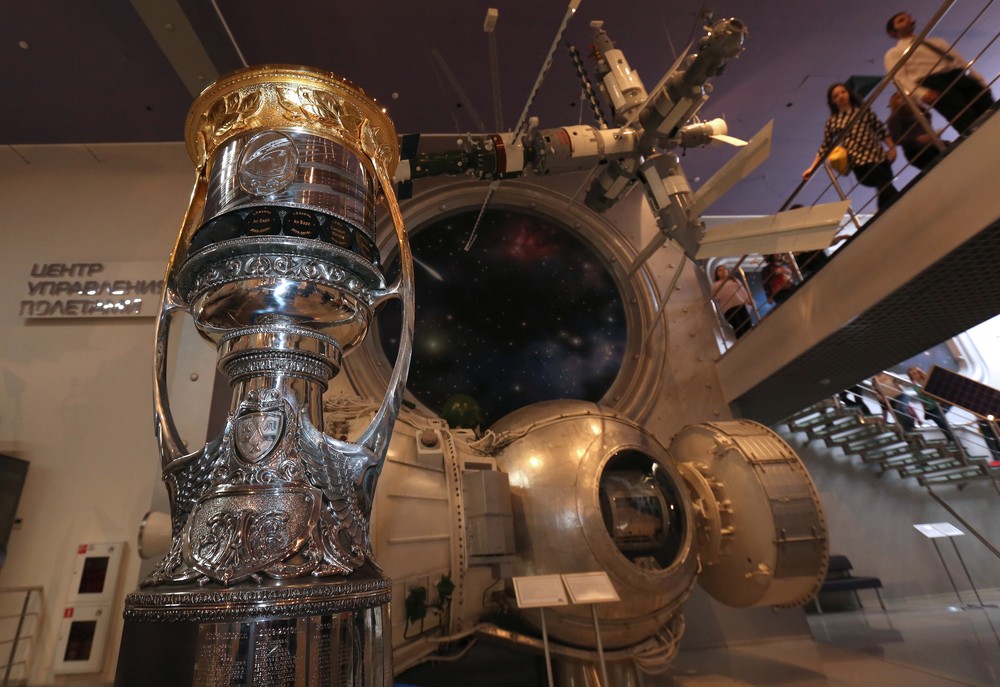 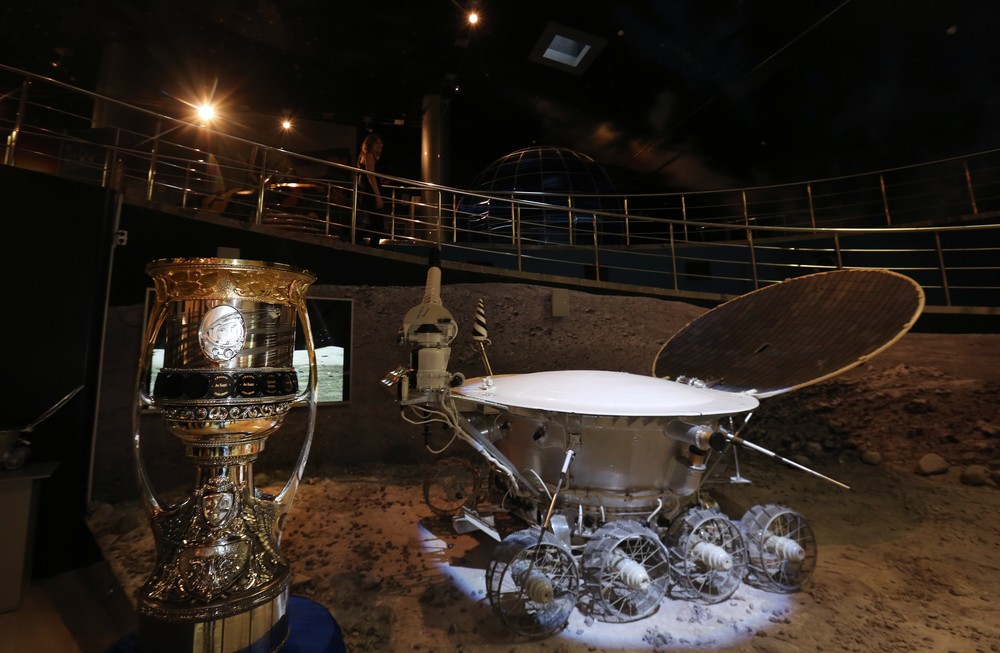 spacesuits and replicas of Sputnik. 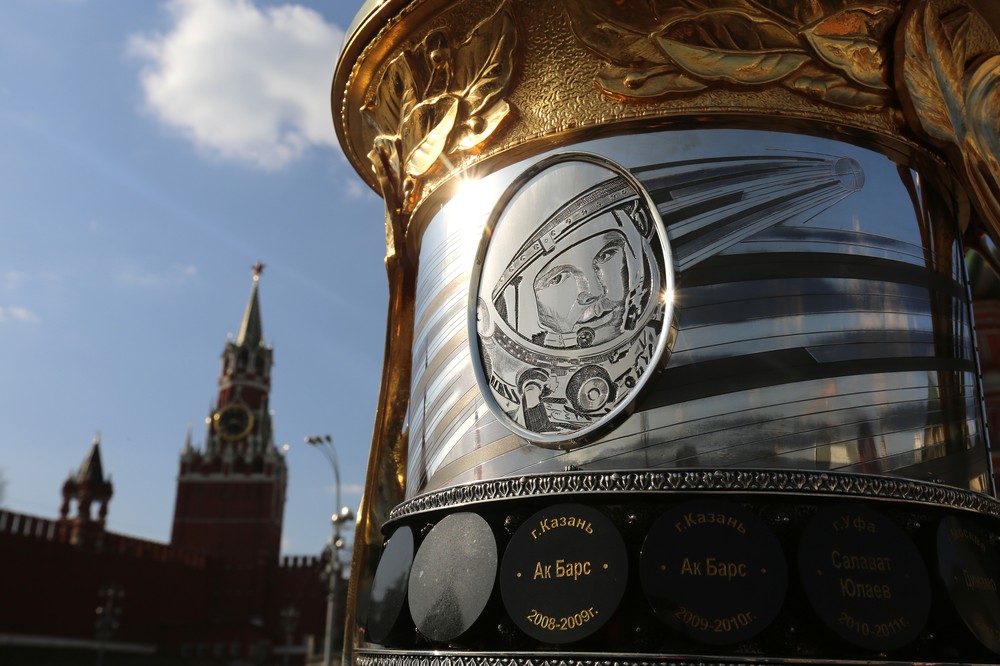 After the Cosmonaut Museum, the Cup headed to the heart of the Third Rome - through Vasilievsky Spuck Square toward the towers of the Kremlin, where this city was born and began to flourish. 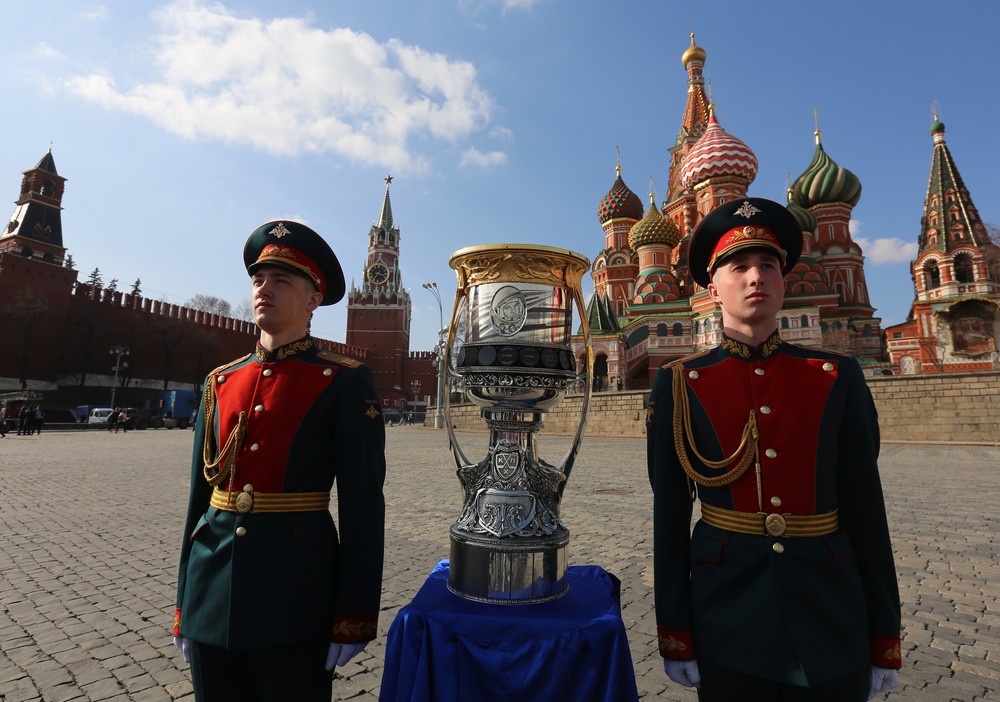 The trophy then stopped for a rest on Patriarch's Bridge, which leads to the lovingly-restored Cathedral of Christ the Savior and offers one of the most stunning views of the Kremlin. 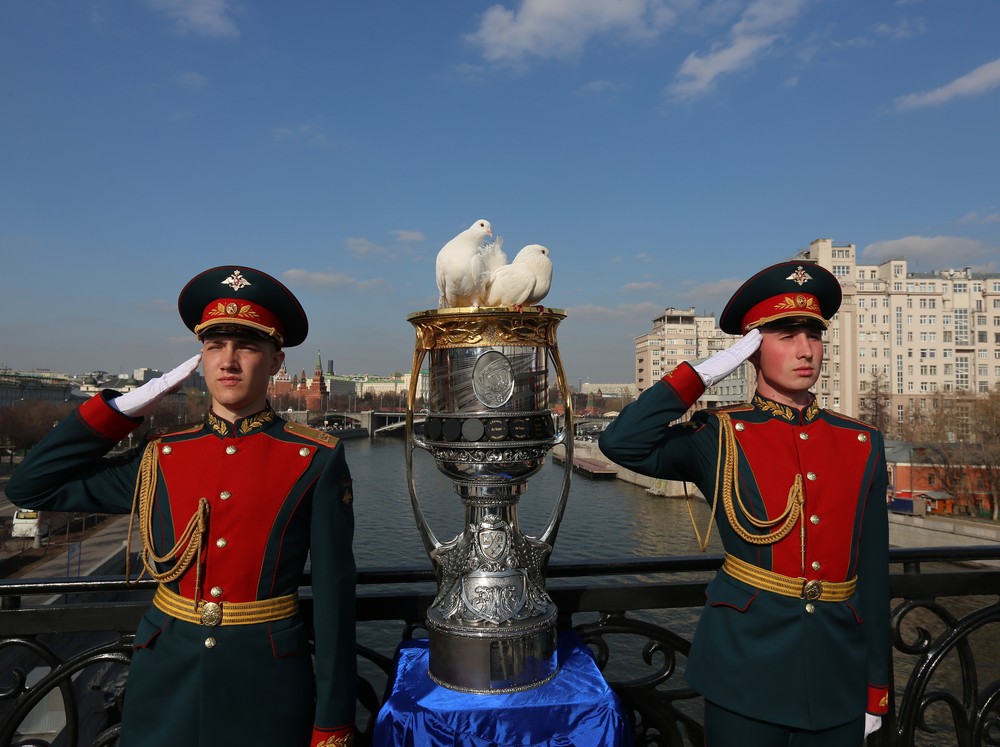 Everywhere the Gagarin Cup went it became the centre of attention, regardless of whether the bystanders were fans of the game. All could appreciate this glittering masterpiece, which deftly projects both exciting modernity and glorious history. And this excursion around Moscow was merely a pleasant diversion on its epic itinerary. It will cover plenty more miles before it comes to rest on its pedestal and is raised by the captain of the champions. 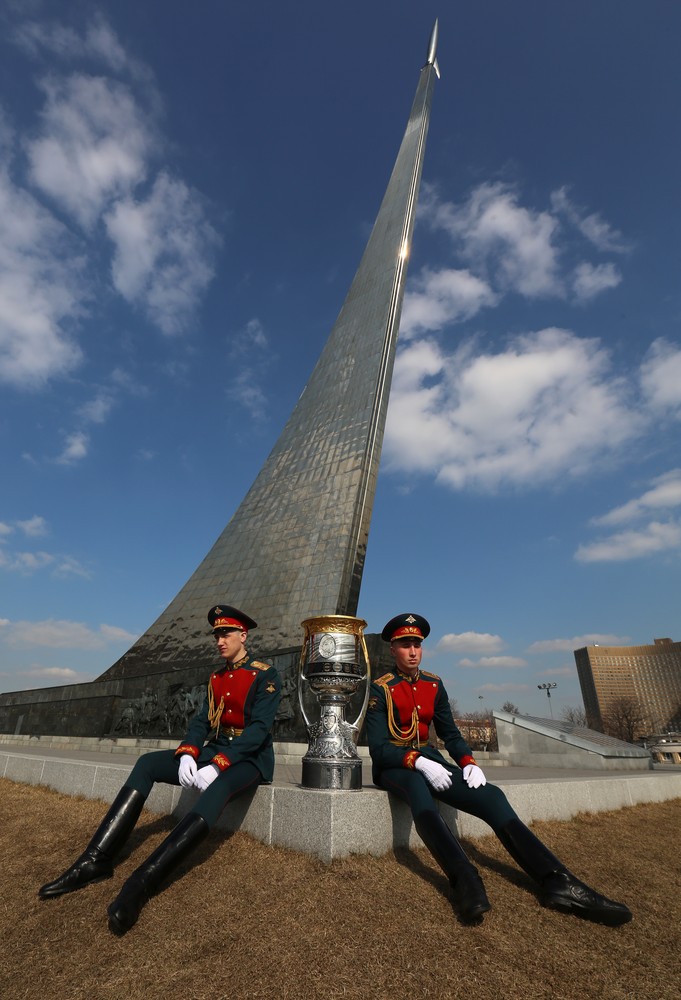