CSKA starts with a flourish

CSKA recovered from a slow start to win the opening game in the Gagarin Cup Final Series – and in doing so underlined exactly why there is so much expectation around Dmitry Kvartalnov’s team this season. A devastating second period, with Alexander Radulov posting 1+1 to help his team to a trio of unanswered goals, overturned and early deficit and paved the way to a convincing victory.

It’s been 24 long years since the Army Men last reached this stage of the national championship, and 26 since the team came away with the big prize, so the anticipation on Leningradsky Prospekt was at fever pitch. After all, CSKA’s pace had left SKA gasping for breath in the previous round and should prove too much for the veterans of Magnitogorsk. Kvartalnov’s defense, and the impressive goaltending of Ilya Sorokin, had silenced SKA’s deadly offense and seemingly had little fear from Sergei Mozyakin & co. The stage was set for the first act of a champion finale. 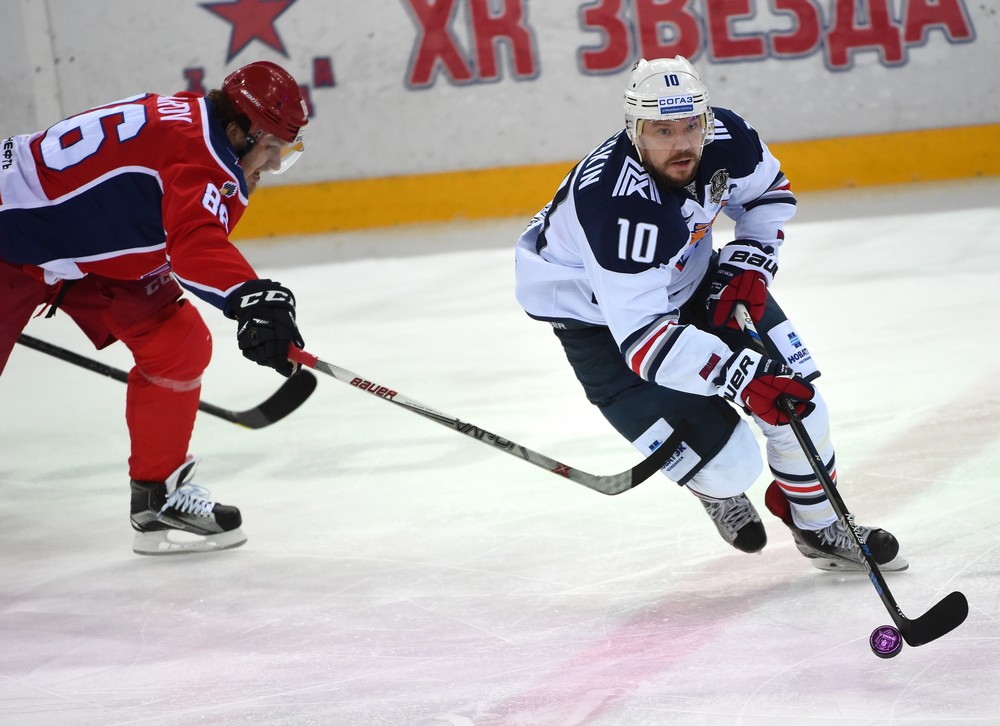 But only for 188 seconds. That was how long it Mozyakin to serve up a timely reminder that there was still a series to contest as the captain, almost inevitably, opened Magnitka’s account in the series. He started out behind the net under intense pressure from Sergei Andronov but as he wriggled away and sent the puck to Jan Kovar, the defenseman followed into the corner. Big mistake. Mozyakin, now free to receive a return pass from his Czech teammate, waiting on the edge of the circle and had a big look at Ilya Sorokin’s net. The outcome was predictable: 1-0 Magnitka.

Andronov redeemed himself at the start of the second period, tying the game when he produced an unexpected one-timer from the top of the circle off Antti Pihlstrom’s pass. Vasily Koshechkin, who may have been screened by Maxim Mamin, was beaten high on the stick side and Andronov, elated, dived into the arms of his teammates on the bench. 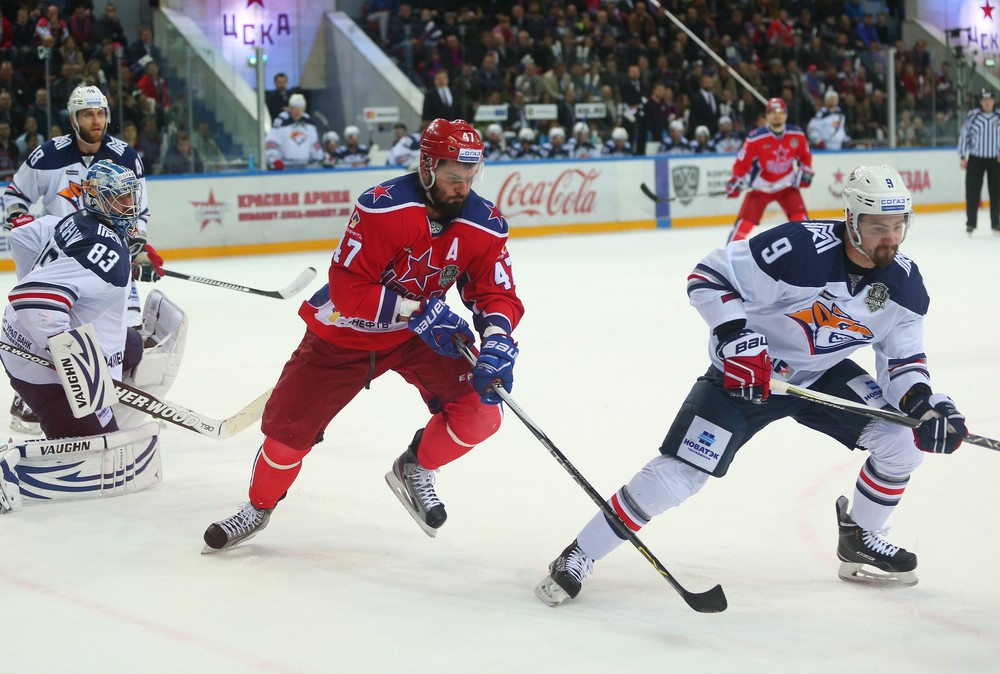 CSKA took the lead in the 31st minute through Alexander Radulov. As the Army Men tightened the screws on the power play, the puck emerged from the slot for Stephane da Costa and the Frenchman shaped to shoot before slipping the puck sideways where Radulov, in almost the same spot as Mozyakin found for his opening goal, picked out a wrister that gave Koshechkin no chance.

And the second-period revival enabled the home team to take a two-goal lead into the second intermission when Igor Ozhiganov fired home from the deep slot, again on the power play.

The shot count underlined CSKA’s supremacy: at the time of the third goal, the Army Men were up 15-3 on shots in second period; by the hooter it was 16-5 for the middle session. 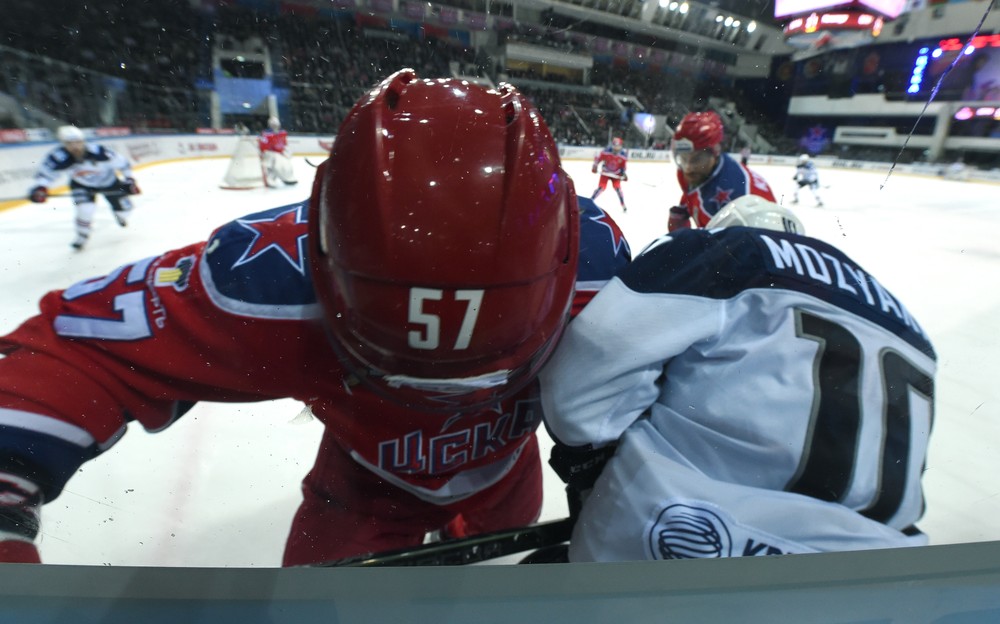 In the final session Magnitka was forced to push harder on offense, but struggled to carve out clear-cut opportunities. Even a brief 5-on-3 power play didn’t enable Metallurg to really test Ilya Sorokin as the clock began to run down. Once the teams were back at full strength, CSKA wrapped it up. Nikita Zaitsev started in his own zone and went on a surge deep into Metallurg territory and found little resistance from the visiting defense. Encouraged to keep moving by his opponents’ passivity, he sliced a path between four men and rattled a shot inside the top corner under belated pressure from Alexander Osipov. Koshechkin was replaced with Ilya Samsonov, but Metallurg’s game was already over and Denis Denisov’s power play strike merely added to gloss to an intimidatingly strong CSKA performance.

The teams go again in Moscow on Saturday, with CSKA hoping to secure a dominant lead in the series to take to Magnitogorsk next week.