The way we were: CSKA’s last playoff Grand Final

CSKA, the most titled club in world hockey, is back in a playoff final for the first time since 1992. That season, the first since the break-up of the USSR, saw the Army Men take silver in the CIS Championship.

Looking back to the game in Russia 24 years ago, it’s striking how much has changed. In ’92, the Red Machine, playing as the ‘United Team’ of the CIS countries, won the last Olympic gold for the country in Albertville. Back home Moscow continued to enjoy a total lock-down on hockey success in the country. No team from outside the capital had ever been national champion – Lada Togliatti was still two нears away from landing a blow for the provinces. Sixteen teams contested the championship, with a 30-game regular season sorting out eight playoff contenders. A second stage saw two groups of four compete for the right to go into the playoff semi-finals with the Moscow trio of Dynamo, CSKA and Spartak joined by Khimik Voskresensk. CSKA overcame Khimik with a 3-2 scoreline (back then, series were best-of-five), but lost out to Dynamo in the final as the Blue-and-Whites swept the series to defend the title. 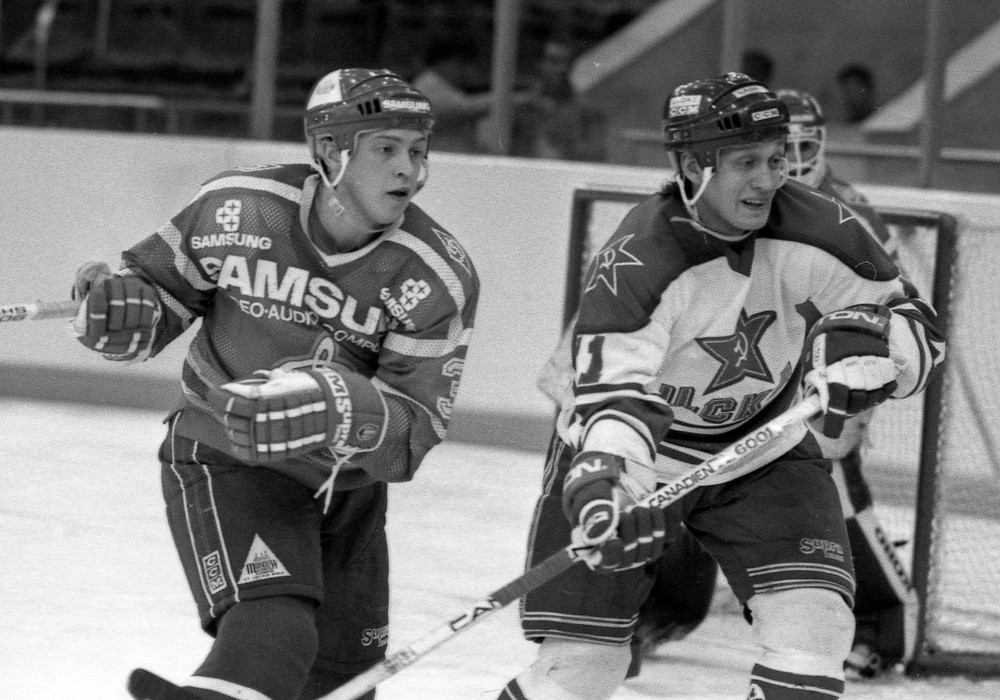 The league table had an unfamiliar look, with many of the powerhouses of the 21st century nowhere to be seen. CSKA’s opponent in this year’s Grand Final, Metallurg Magnitogorsk, did not compete in the top flight in the 1992 championship and returned to summit for the inaugural ‘International Hockey League’ season the following year. This year’s beaten Conference finalists, SKA and Salavat Yulaev, were in the same situation. Famous names like Ak Bars and Lokomotiv had yet to grace the hockey stage: Kazan’s team was still Itil, Yaroslavl rooted for one of three Torpedoes, alongside namesakes from Nizhny Novgorod and Ust-Kamenogorsk of Kazakhstan.

Other teams that are no longer seen at this level include Khimik and Krylya Sovietov Moscow, two organizations that briefly featured in the early days of the KHL but now only operate as youth teams. Sokol Kiev, once the pride of Ukrainian hockey, is in similar situation after failing to take part in this year’s Ukraine Professional Hockey League.

But the most profound change of all, perhaps, is the destiny of the players on CSKA’s roster that season. The impact of the collapse of the Soviet Union, the uncertainty that engulfed the fledgling post-Communist countries and the sudden opportunity to play hockey all over the world prompted a huge exodus of players. Of the players who represented CSKA in its last run to a playoff final, 19 began the 1992-93 season playing in another country. 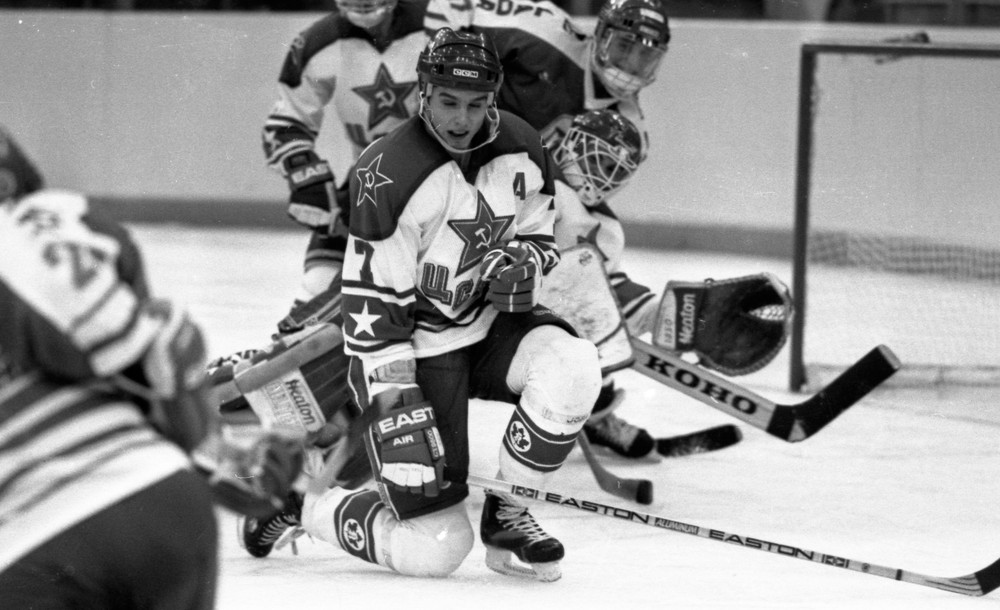 The list includes familiar names: Vyacheslav Kozlov, still playing for Atlant last season, joined the Red Wings after 11 games of the 91-92 campaign. Sergei Zubov, now head coach of the SKA team that lost the Western final, played his last season in Russia as did another KHL head coach, Vyacheslav Butsayev of HC Sochi.

As well as those three, defensemen Igor Kravchuk, Alexei Zhitnik, and Vladimir Malakhov all crossed the Atlantic, where each of them made at least 750 NHL appearances. Malakhov also became a member of the Triple Gold Club. The forwards were also coveted: Andrei Kovalenko became a cult hero in Quebec, Oleg Petrov began his long association with the Canadiens, Evgeny Davydov left for Winnipeg during the 91-92 campaign. 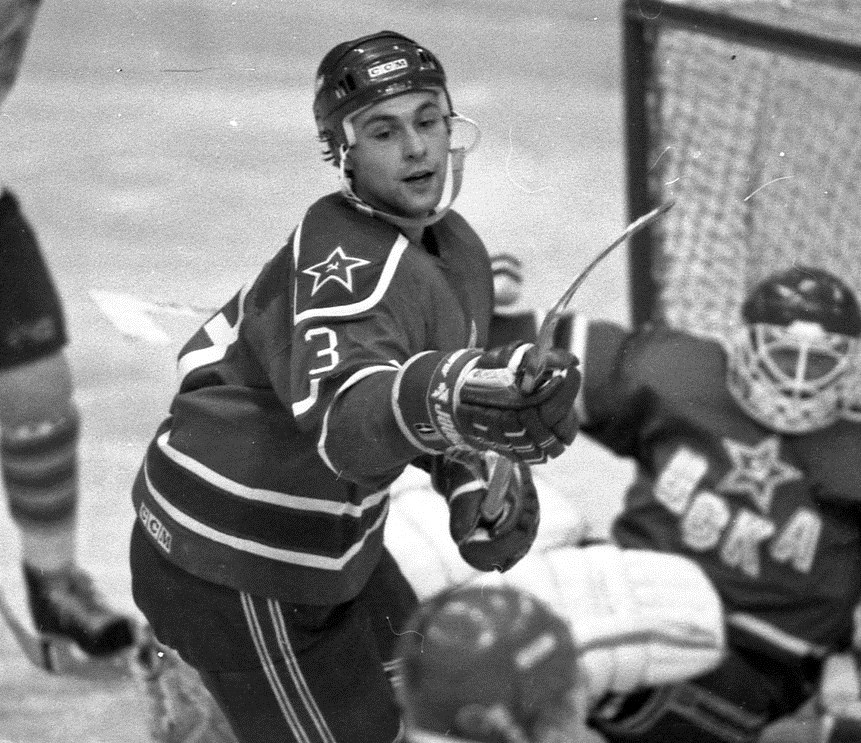 Of those who remained in Russia for the 1992-93 campaign, many took up the chance to join the wandering Russian Stars outfit in North America’s IHL. Nikolai Khabibulin, then just 19, made two CSKA appearances in 1991-92, which was still enough to earn him a place on the Olympic champion roster of the CIS ‘United Team’ in Albertville. He remained until 1994 when he went to Winnipeg and international fame.

Only Alexander Skoptsov, Gennady Kozhokin, and Andrei Subbotin spent their whole playing careers in Russia – an unimaginable and abrupt change in the country’s hockey scene after years of nurturing and keeping its top talents.

While CSKA’s class of 2016 undoubtedly features several players with the potential to light up the NHL – Ilya Sorokin and Nikita Zaitsev spring instantly to mind – it is impossible today to imagine any team in the KHL facing the emigration of so many players at once.