There was overtime once again – but tonight it took a matter of seconds to settle both the game and the series in CSKA’s favor.

After a 1-1 tie regulation, the Moscow team claimed victory on 61:02 thanks to a goal from Sergei Andronov, ending SKA’s hopes of repeating last year’s epic fightback and sending the most titled club team in world hockey to its first ever Gagarin Cup final.

The goal came after SKA made a blistering start to overtime. Evgeny Dadonov, Maxim Chudinov and Pavel Buchnevich all forced saves out of Ilya Sorokin in the first minute as CSKA wobbled under the intensity of the home team’s determination to save the game. But then came the sucker punch. Nikita Zaitsev played a speculative pass for Andronov to chase as CSKA cleared its lines. The puck bounced off Jarno Koskiranta on his own blue line and Andronov nipped in to beat Mikko Koskinen glove side and settle the outcome. 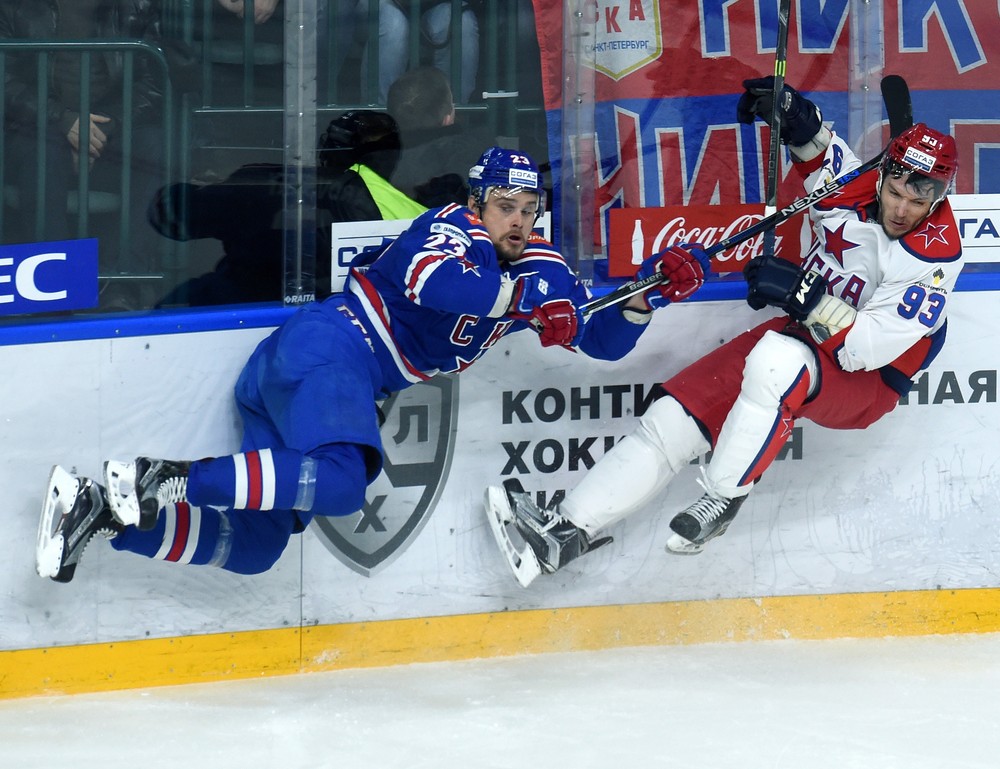 SKA, struggling for goals in the first three games of the series, resorted to desperate measures in a bid to save itself in Game 4. The first line of Shipachyov, Dadonov and Gusev, so prolific in the previous two rounds, was broken up after failing to muster a single point in three games against CSKA. Buchnevich, whose effort against the post in game three was the closest either came to breaking the deadlock in regulation, took Gusev’s place; the former Ugra forward dropped to the fourth line.

CSKA also rang the changes: the game winner last time out, Geoff Platt, was suspended so Simon Hjalmarsson took his place on the first line alongside Stephane da Costa and Alexander Radulov. There were five other players replaced and one of the newcomers, Roman Lyubimov, proved to be the architect of CSKA’s opening goal.

It came on a counter-attack, with Lyubimov surging forward and rapping a shot into Mikko Koskinen’s pads. The goalie gave up a big rebound and Ivan Telegin got to the puck first and put an accurate low shot beneath the pad to make it 1-0 midway through the first period.

SKA, realizing that its last chance of prolonging the series was in serious jeopardy, made further tactical alterations. The team’s defensemen, most notably Maxim Chudinov, began to play a more attacking role and for the first time CSKA faced extended periods of pressure in front of Sorokin’s net. But while there were more opportunities, the young goalie once again produced a calm display between the piping, underlining his credentials as one of the brightest goaltending prospects to emerge from Russia in recent years. 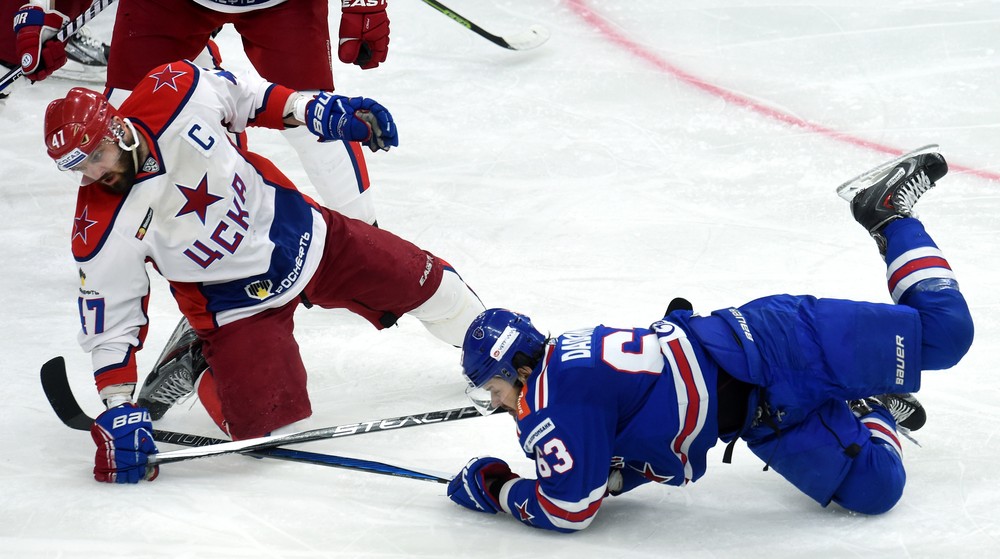 As time ticked down, SKA reshuffled the lines again – and lack of understanding between Steve Moses and Vadim Shipachyov proved costly in the third period. The American got through on the net with Shipachyov outside him and well placed to find the empty corner. But these two rarely play together and Moses opted to shoot to the near post where Sorokin was waiting for him.

Salvation came in the 52nd minute when, at last, SKA got its power play back on scoring form. Grigory Panin was the player in the box, serving a minor for tripping. Yegor Yakovlev found Anton Belov at the top of the left-hand circle and the defensive picked up a wrister that fizzed into the top corner. It was the first power play goal of the series for the Petersburg team, and the first goal of any sort in more than 165 minutes of game time.

It also kept the series alive – at least temporarily – although there was a heart-stopping moment for the home crowd with just seconds left to play. A mix-up in center ice presented Alexander Radulov with the puck and set him one on one with Koskinen. The arena held its breath, Radulov shot … and Koskinen got his pad behind the puck to save the day and take the game into overtime. The relief was enormous; the reprieve was all too brief. SKA’s grip on the cup is lost, CSKA awaits the winner of the Magnitka – Salavat Yulaev series.