Two goals from Sami Lepisto led Salavat Yulaev to a tight 3-2 verdict over Magnitka – and reawakened the Ufa team’s prospects in this play-off series.

The men in green were boosted going into this game by the return of forward Igor Grigorenko, enabling Igor Zakharkin to freshen up his offense after a miserable 1-6 reverse in Magnitogorsk last time out.

But it was Finnish defenseman Lepisto who did the damage, opening the scoring early on before bagging the game winner with just over two minutes left to play.

It was a classic blue-liner’s goal, stepping up from the point to smash home a powerful shot as Teemu Hartikainen screened Vasily Koshechkin in the Metallurg net. And it drew a huge ovation from the home fans who, for a significant part of the game, had been forced to contemplate the prospect of a 0-3 deficit after Magnitka wiped out Lepisto’s early goal to lead at the first intermission. 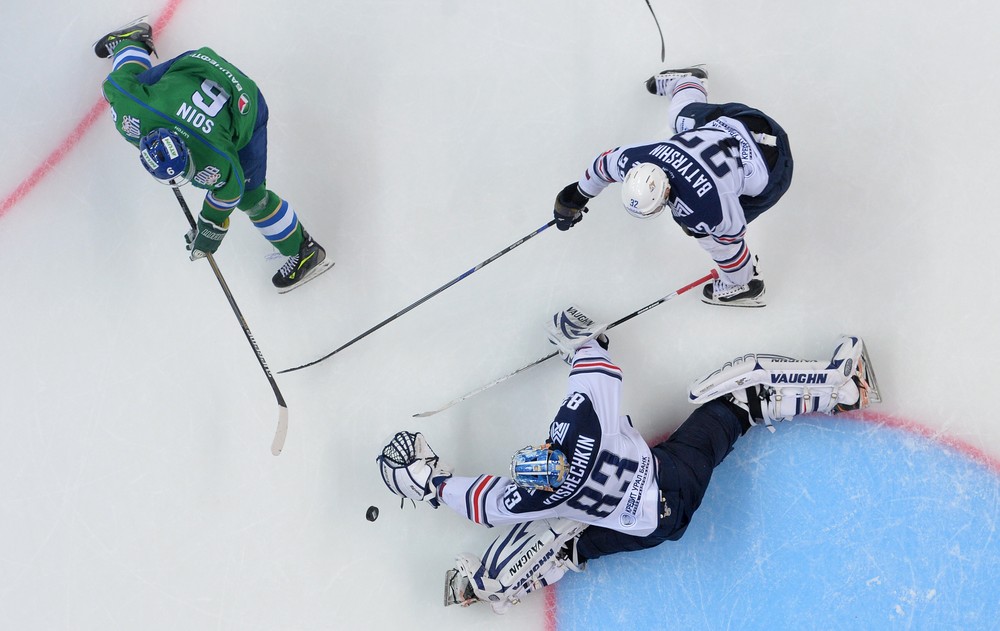 It also moved Lepisto up to six goals and 12 points in this post-season, making him the most productive defenseman and tying him for third place among playoff goalscorers this time out, trailing only Sergei Mozyakin and Vadim Shipachyov.

Yesterday’s Western Conference clash needed 112 minutes to produce a goal, but the wait was much shorter here as Lepisto gave Salavat the lead in the eighth minute. The Finnish defenseman scored his team’s consolation goal in that 6-1 defeat in Magnitogorsk last time out and he opened the scoring here with a one timer from the deep slot off Sergei Soin’s pass.

But Mozyakin is moving into a hot streak of his own and Magnitka’s captain tied the game on 14 minutes with his eighth marker of the playoffs. Viktor Antipin’s wrestling behind the net drew Salavat’s defense out of position and Jan Kovar’s pass from the left-hand boards found Mozyakin in plenty of space betwen the hash marks and he had time to hold the play, pick his spot and beat Niklas Svedberg. 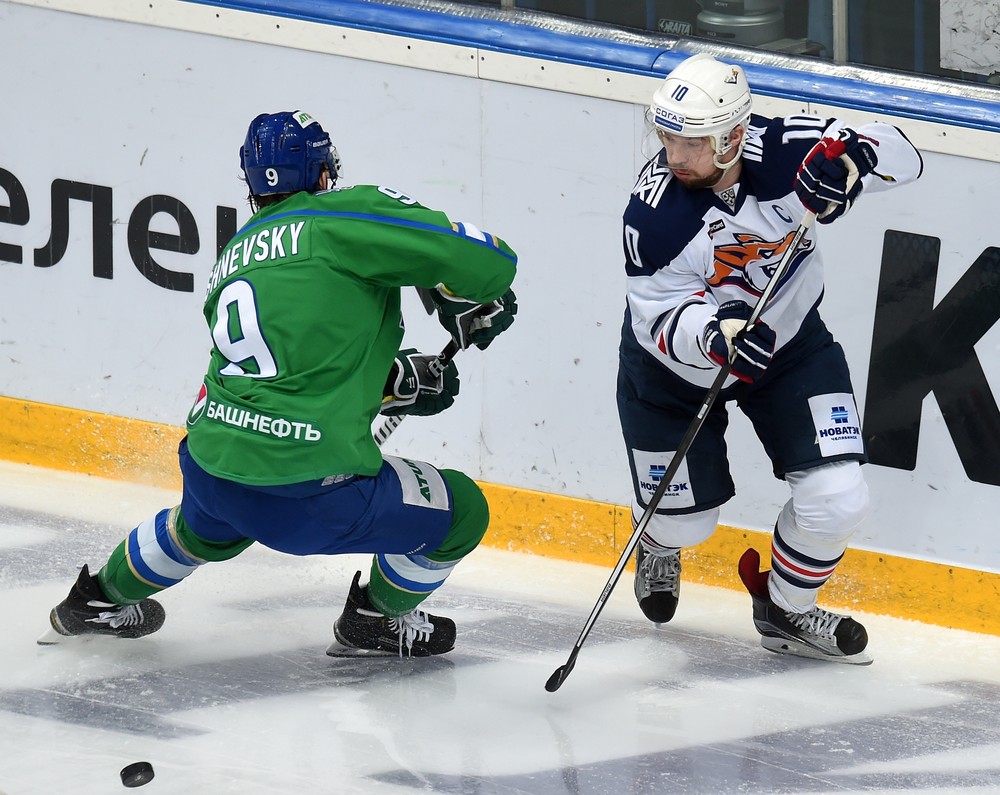 Mozyakin then set up Kovar to make it 2-1 on the power play late in the first period. He stepped up from the point to feed his Czech team-mate at the near post and Kovar moved onto the slot to score at the second attempt.

At that stage the home team was facing a third successive defeat and a huge task to haul itself back into the series, but the second period saw an improved showing from Salavat Yulaev. Nikolai Prokhorkin produced a brilliantly-struck one-timer from the face-off spot to beat Vasily Koshechkin off Teemu Hartikainen’s pass and tie the scores.

The game remained stalemated at 2-2. Hartikainen tested Koshechkin; Svedberg pulled off saves to deny Chris Lee and reprieve Denis Khlystov’s error behind the net. But once Lepisto got his second there was no time for Magnitka to react: even the final six-man surge could not muster a shot on goal as Salavat shut down the visiting offense to claim victory.