Goaltenders were on top in Game 3 of the Western Conference final, where it took a goal in triple overtime from Geoff Platt to settle the longest game of this season and give CSKA a 1-0 victory.

Platt stopped the clock on 111:12 when he chased down a puck from Simon Hjalmarsson in the corner and battled his way to the slot where he finally managed to score on Mikko Koskinen at his team’s 51st attempt.

That was enough to settle an epic, hard-fought encounter, and put CSKA 3-0 up in the conference final. We’ve been here before, of course: a year ago the same teams generated the same scoreline at the same stage of the competition, only for SKA to produce an unprecedented fightback to win the series and eventually go on to lift the Gagarin Cup. 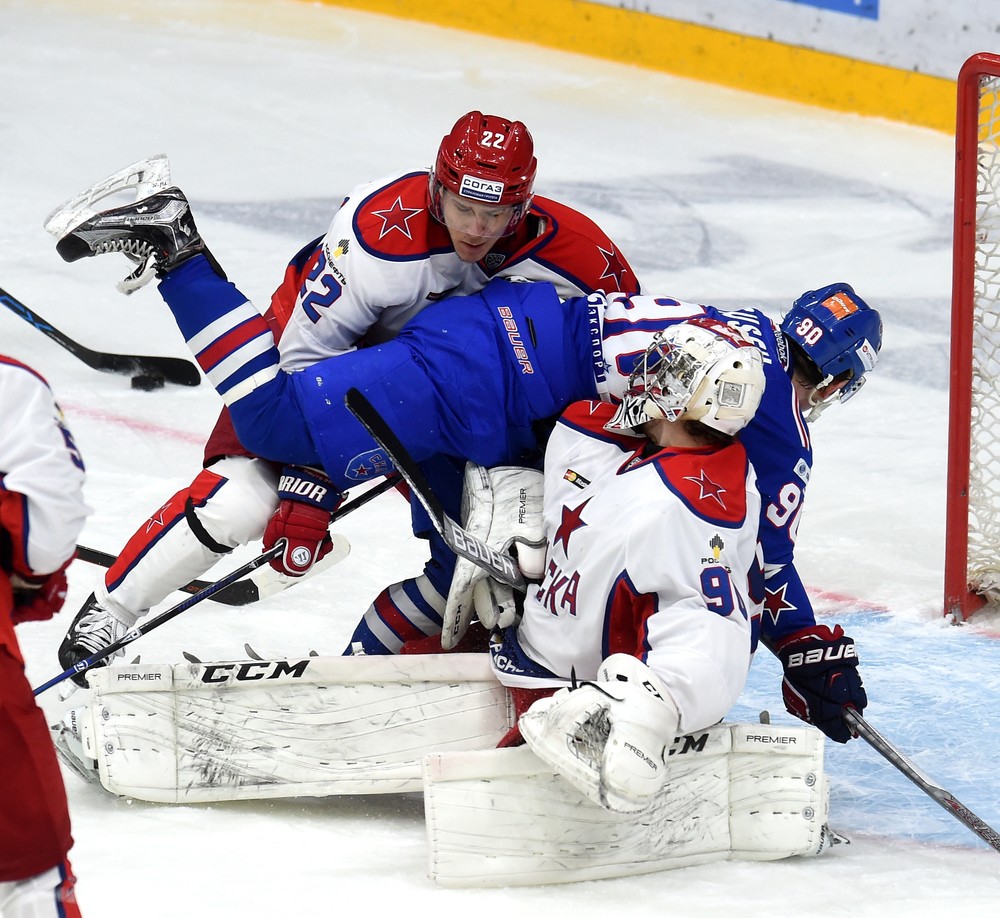 For more than 100 minutes neither team could solve the opposing goalie: CSKA’s Ilya Sorokin made 52 saves while Mikko Koskinen turned away 50 shots at the other end before he finally succumbed.

Chances came as the teams tired in the second period of overtime: Pavel Buchnevich clipped the outside of Sorokin’s post after 90 minutes of play; a SKA power play soon afterwards saw opportunities for Nikita Gusev and Evgeny Dadonov but, unlike in earlier games in post season, the puck just would not go in. CSKA, meanwhile, worked a breakaway through Alexander Radulov, but his pass fell awkwardly for Nikita Zaitsev where, in happier times, it would drop perfectly onto his colleague’s stick to present a shooting chance.

Behind 0-2 in the series, the pressure on SKA to get moving in the series was intense. Yet there were two key factors in SKA’s failure to seize the initiative on home ice. Firstly, CSKA worked incredibly hard to close down the Petersburg team’s top line, limiting it to just six shots on target in regulation. The best of those opportunities fell to Dadonov, but where previous efforts have been down to the slick interchange between him, Gusev and Vadim Shipachyov, this one was a rare case of a solo effort. Dadonov used his pace and stick handling to weave his way through CSKA’s defense single-handed, but his shot could only find the pads of Ilya Sorokin. 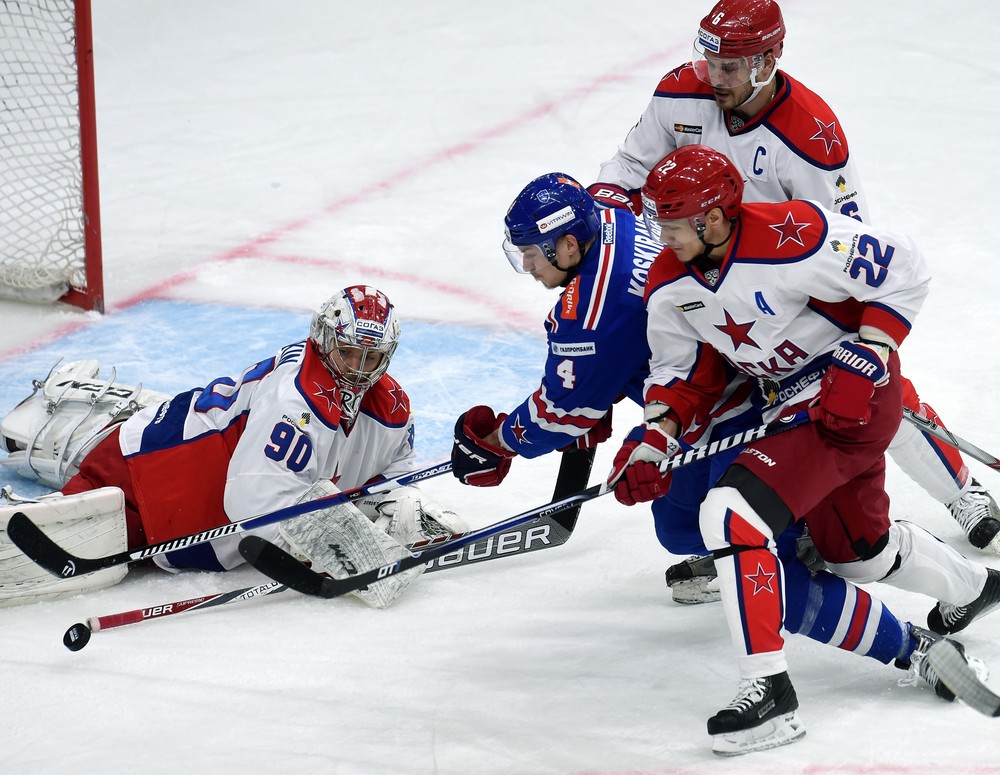 The other big issue was the neutralization of SKA’s power play. Previously deadly in this post season, the Petersburg team has yet to score with a man advantage in the series against CSKA. Dmitry Kvartalnov’s team has stuck to a few core principles: keep a tight shape in front of the net, force the opposition to keep moving the puck around in search of a player moving out of position and wait for an error on offense. It’s a high risk waiting game, but by the end of regulation time it was enough to leave SKA at 0 from 15 on the power play in this series and shut out a prolific offense for two games – almost three in terms of playing time – out of three.

That huge defensive effort had an impact on what CSKA could generate on offense. Platt, a double goalscorer in Thursday’s 3-2 victory, did not have a single shot in the initial 60 minutes and throughout the team there were fewer chances until the game got into overtime. But as time wore on SKA seemed to tire faster than its opponent and Platt was able, at last to take advantage. Now CSKA is poised to complete the task that defeated it 12 months ago, unless SKA can produce a repeat miracle.