For the second game running CSKA found a way to silence SKA’s prolific first line and spike its power play guns, eking out a tight verdict to take a 2-0 series lead north to St. Petersburg on Saturday.

Geoff Platt scored twice and Alexander Radulov got the game-winner and an assist in a 3-2 success that owed much to disciplined defense denying the defending champion – and its deadly troika of Shipachyov, Dadonov and Gusev – many good looks at Ilya Sorokin’s net.

Even so, the host had to come from behind twice before winning on Radulov’s power play goal in the 57th minute. Radulov celebrated extravagantly after shooting from distance and beating Mikko Koskinen but in truth the goal owed much to the inadvertent contribution of D-man Anton Belov. The puck got caught up in his skates and diverted into the net to settle the outcome. 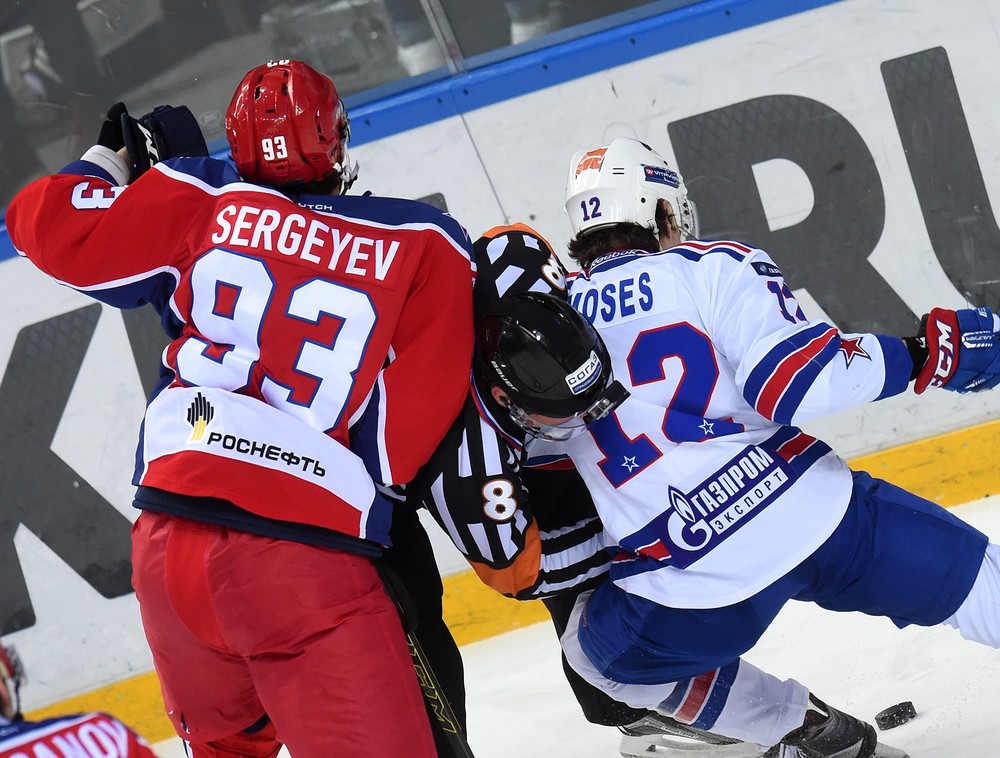 But if Radulov rode his luck for that goal, his contribution to Platt’s second of the night was of the highest quality. Pace took him away from the defense and round the back of the net; precision saw him find Platt unguarded in front of the net and Canadian-born forward needed no second invitation as the D-men struggled to get back into position.

That sudden flurry of goals was somewhat out of context with much of what had come before. The teams offered each other little room to play in a cagey first stanza but the second period saw SKA take the lead. The goal came slightly against the run of play: CSKA was doing at good job of limiting its opponent’s looks at Sorokin’s net until Slava Voynov found Moses at the bottom of the circle. The American forward still had plenty to do, collecting the puck from behind himself and turning to fire a low wrister that squeezed through the goalie’s pads.

Late in the middle session CSKA thought it had tied the game when Ivan Telegin beat Mikko Koskinen. The on-ice official was quick to indicate a goal but as the home team celebrated, SKA’s bench asked for a second look to confirm whether there was any infringement on to the crease. The footage showed that Kirill Petrov had encroached on the paint and the SKA’s lead remained intact. 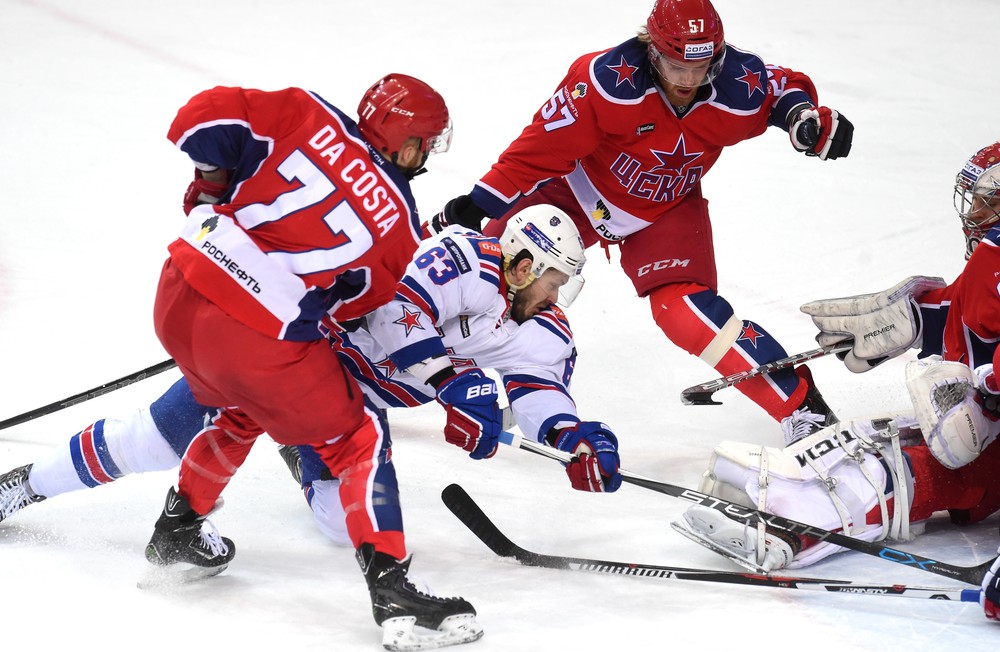 However, it did not take long for the home team to level the scores in the third as Platt scored a power play goal. Nikita Zaitsev did well to keep play in SKA’s zone and find Stephane da Costa. The Frenchman’s shot was blocked, but Platt reacted first to score at the second attempt.

Moments later Evgeny Korotkov was helped off the ice with an injury and CSKA found itself shorthanded as the game’s momentum seemed to be tipping back towards SKA. That sense was underlined when a misjudgement from Sorokin helped SKA regain the lead with a shorthanded goal.

There seemed to be little danger when the goalie went behind the net but his clearance lacked conviction and dropped for Alexander Dergachyov to fire in a shot from a tight angle. Sorokin did well to recover and block the initial effort but could do nothing as Jarno Koskiranta looped the rebound over his sprawling body and into the net. 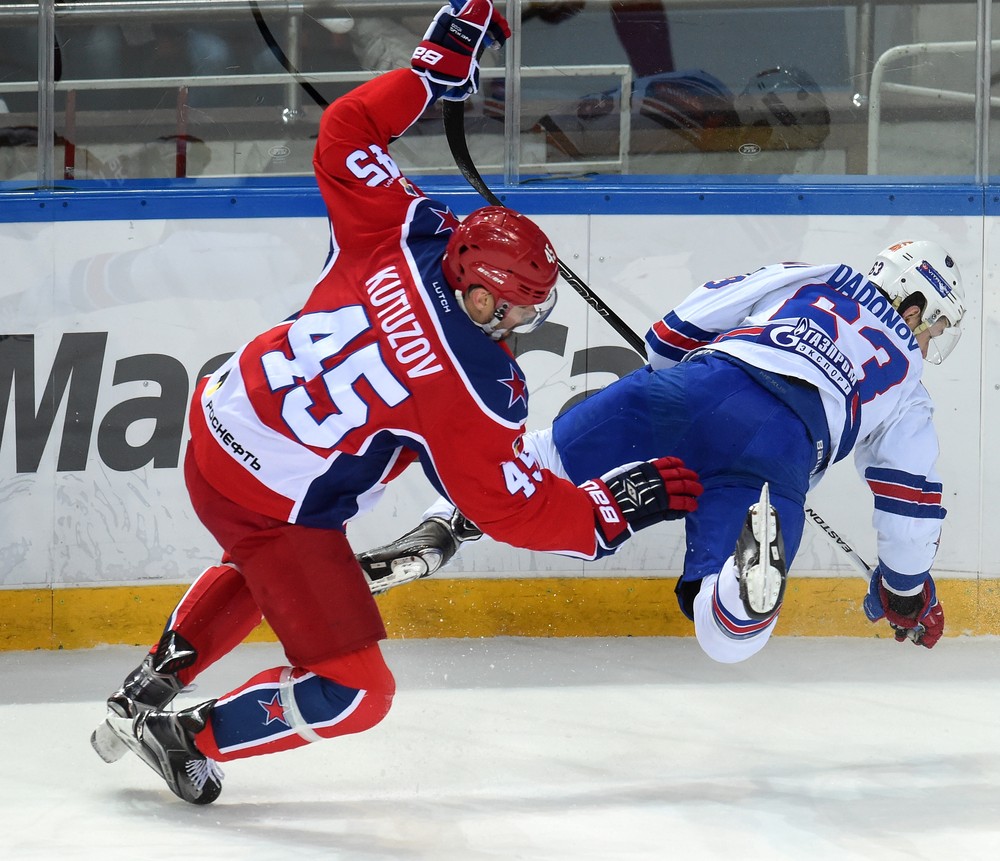 CSKA found the way back though and, just like this time last year, holds an imposing lead in the series. More significantly, perhaps, SKA’s top line has yet to score in this series and the Muscovites have been flawless on the PK. But after SKA recovered from 0-3 to win last season’s Western Conference final it is too early to call the outcome this time around.