CSKA’s defense found a way to stop SKA and lead the home team to a vital opening-game win. Faced with taming SKA’s rampant forwards – and especially countering its devastating power play – the home team did superbly. SKA managed just five shots on Ilya Sorokin in the first period, and CSKA gave away just one penalty when Radulov was hit with a slashing charge on 18:53.

In the middle session SKA had just two further attempts in the first 10 minutes before forcing a 5-on-3 power play for over a minute as first Radulov then Mikhail Naumenkov were sin-binned. Once again the PK did its job, limiting the visitor to just three more opportunities to test Sorokin. 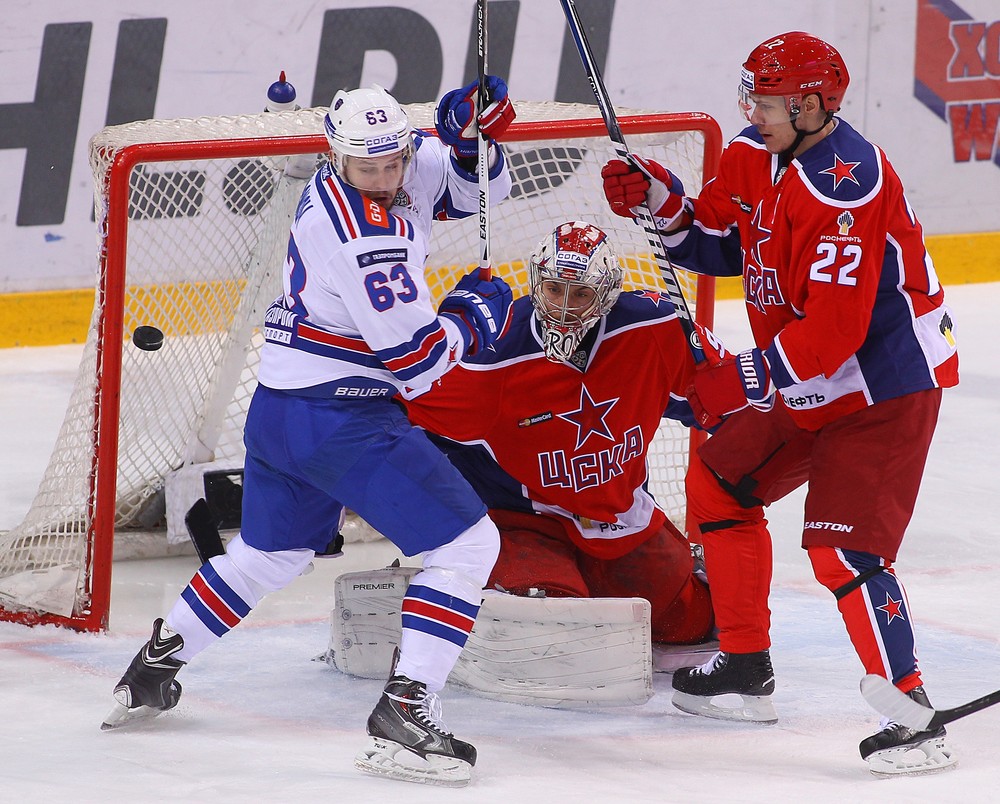 Even in the third period, when SKA raised its game on offense, firing in 12 shots, CSKA held firm. Sorokin proved unbeatable, even denying Evgeny Dadonov from a penalty shot in the 53rd minute. Sorokin ultimately made 27 saves on the night to record his second shut-out of the playoffs.

It was also a big night for Roman Lyubimov, a 23-year-old who is developing a taste for play-off hockey. Lyubimov isn’t the most illustrious name on CSKA’s roster, where he competes for ice time against big-hitters like Alexander Radulov, Stephane da Costa, Geoff Platt or Antti Pihlstrom. But he made it three goals in three games to help the Army Men get off to a winning start against SKA in the Western Conference final.

Lyubimov opened the scoring midway through the first period as SKA failed to clear its lines. The puck dropped for Ivan Telegin, who shot into Mikko Koskinen’s pads. The Finn managed to block Lyubimov’s first effort on the rebound, but could do nothing about the second as the forward forced the puck home from close range. 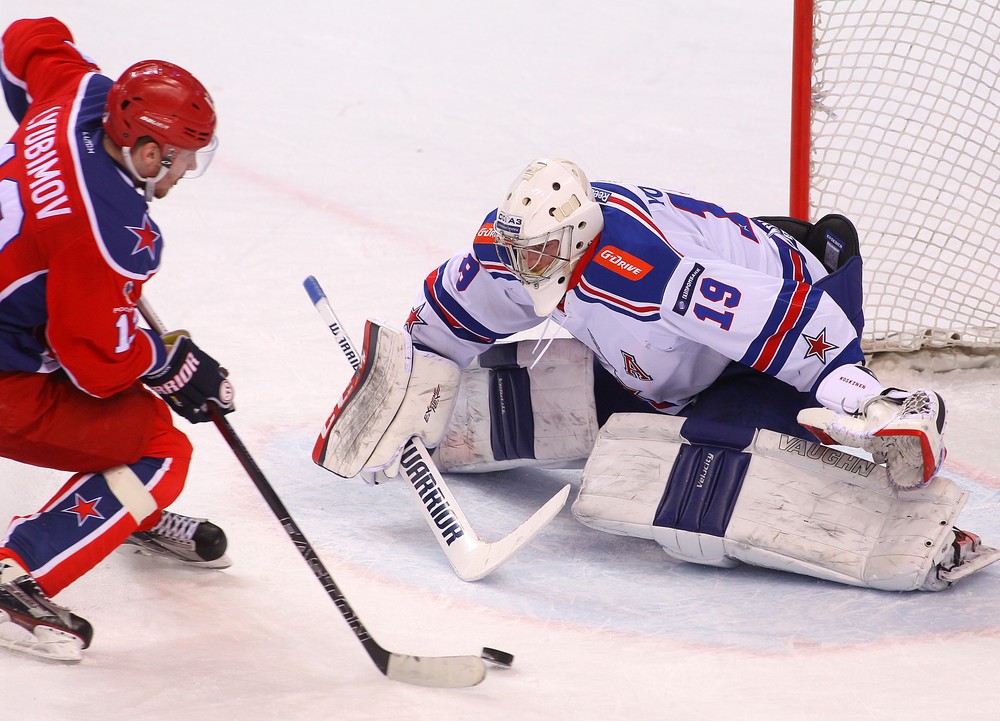 The second goal came at the midway point of the game. Da Costa was the scorer, and he did all himself. First he stretched to keep the puck in the SKA zone when he had no right to reach it. Then, under pressure from Evgeny Ketov he brought play into a central position in the deep slot before, while struggling to keep his balance, he got off a wrister that flew past the startled Koskinen. Deep into the third period Dmitry Kugryshev got his first of the post-season, finding the empty net off a Lyubimov assist as SKA’s final gamble came up short.

SKA’s offense has mis-fired before in this post-season: humbled 4-0 at home by Dynamo in game three of the previous series, Sergei Zubov’s men responded in kind with 4-0 and 4-1 victories to book a passage to this Army showdown. Now the team must return on Thursday and demonstrate that tonight’s struggle is merely blip, rather than a performance that sets the tone for the rest of the series.