Two goals in 25 seconds put SKA in complete control of this game and duly booked its passage into the Western Conference final.

Dynamo, knowing that Thursday’s clash was a do-or-die moment against the team that ended its Gagarin Cup hopes last season, once again rang the changes. Head coach Sergei Oreshkin tweaked three of his four lines, reversing three of the five switches he made prior to Tuesday’s 1-4 defeat in Moscow.

For the first period, that seemed to get results. The visitor had the better of the play in a session with few chances at either end. The best opportunities for the Blue-and-Whites fell to Maxim Karpov, who was twice sent clean through on goal only for Mikko Koskinen’s imposing presence to deny him. 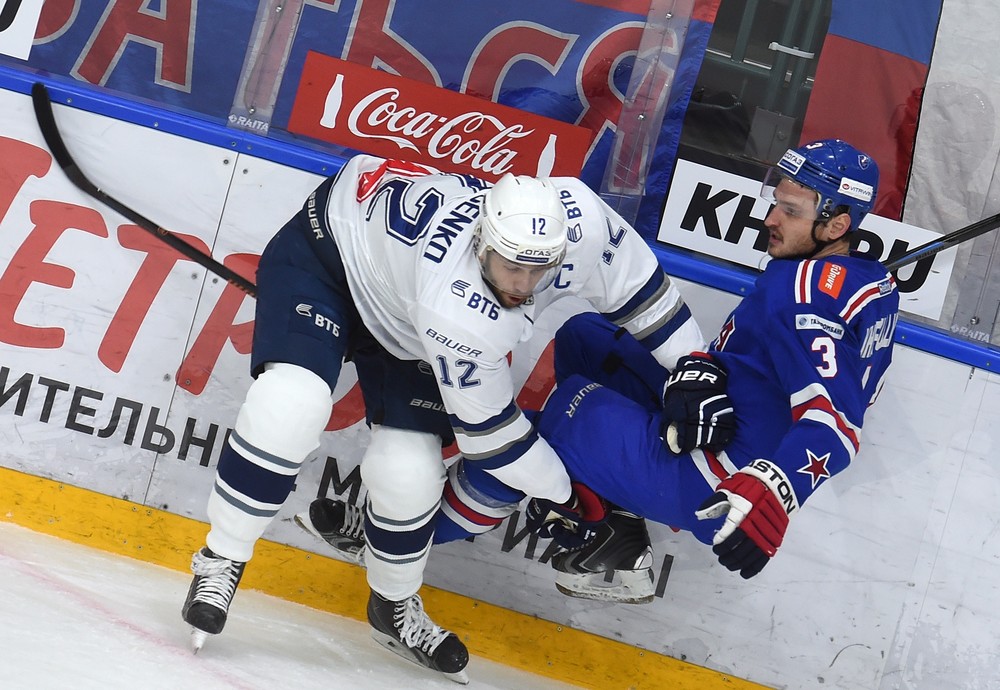 More importantly, perhaps, Dynamo got through the opening session without giving away a penalty. That record ended early in the second and, once again, SKA’s power play proved to be deadly. Vadim Shipachyov held up play on the blue line before finding Nikita Gusev and the forward beat Alexander Yeryomenko with a wrister from the left circle to open the scoring. Shipachyov had been a doubt for this game after picking up an injury from Daniil Tarasov’s hard hit late in Tuesday’s game but recovered to collect his 16th post season point and his 11th of this series.

If Dynamo hoped to regroup quickly and seek a renewed toehold in the game it was swiftly disappointed. SKA added a second goal just 25 seconds later through Anton Belov. The D-man fired Joakim Lindstrom’s pass into the far corner after ghosting in un obstructed at the far post. 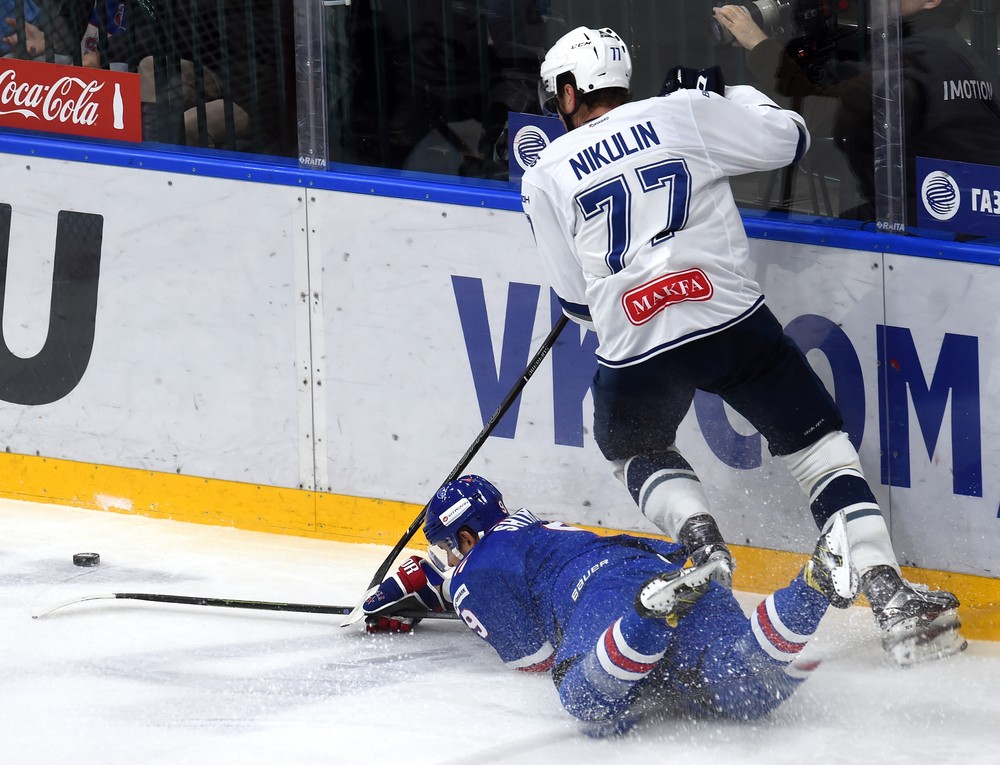 Tempers frayed once again: Alexander Osipov was ejected from the game for throwing water at Stanislav Chudinov late in the second period after SKA came agonizingly close to adding a third.

The final period saw Dynamo enjoying the bulk of the offense, taking the shot count by 13-4. But Koskinen was in fine form, finishing the evening with 31 saves to complete his shut-out and steer SKA into the next round.

SKA’s win sets up a repeat of last year’s Western Conference final against CSKA. Twelve months ago, famously, the Petersburg team made history by recovering a 0-3 deficit to win the series and go on to lift the cup. 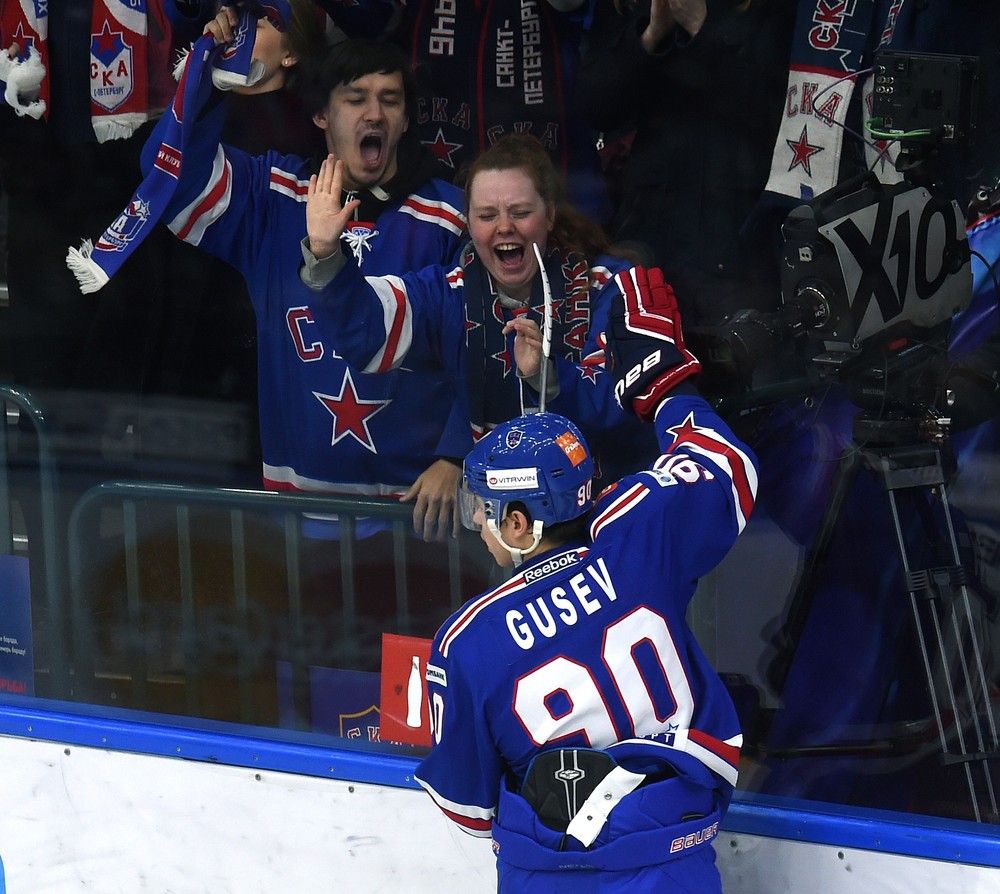