After the stormy conclusion to game four of this series, Metallurg delivered a knock-out blow in game five on the back of a strong first-period showing.

Sibir played Nikita Bespalov in goal for the first time in post-season, replacing Alexander Salak as the Czech started a five-game ban for his angry reaction to Sergei Mozyakin’s overtime winner in Novosibirsk on Monday.

But Magnitka needed less than five minutes find a way around this new obstacle as Chris Lee opened the scoring with a power play goal. He stepped off the blue line to pick up Viktor Antipin’s backhand pass and fire a shot through the traffic that screened Bespalov.

Mozyakin soon made it two with a classic counter-attacking goal. Jan Kovar collected the puck behind his own goal line and delivered a superb, defense-splitting pass to set Metallurg’s captain galloping towards Bespalov’s net. Mozyakin made no mistake with the finish and the home team already had one foot firmly planted in the Eastern Conference final. 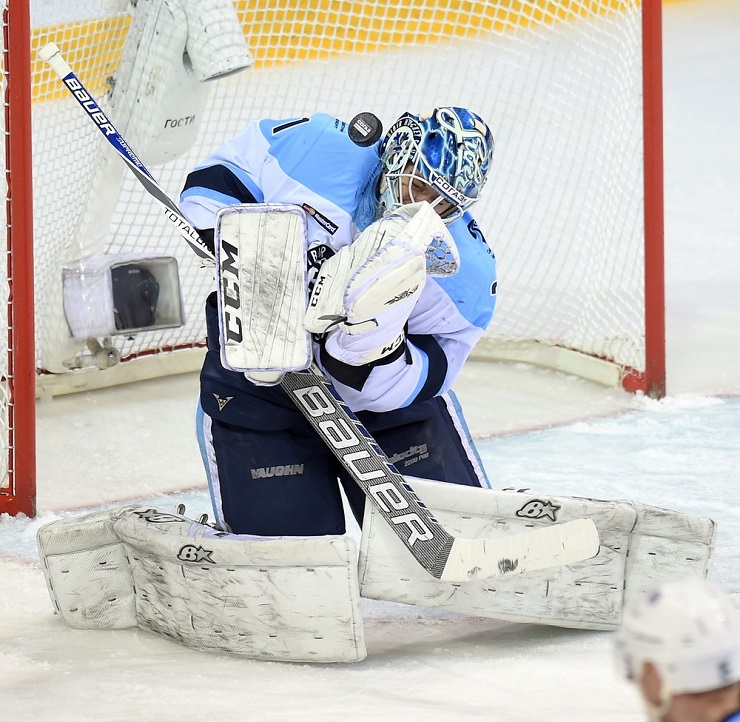 However, it wasn’t entirely plain sailing for the 2014 champion. Sibir found a way to blunt the home offense, limiting Magnitka to just four shots on goal in the middle session. That persistence got its reward in the third when Maxim Shalunov was first to the rebound from a Vitaly Menshikov shot to halve the deficit with 11 minutes to play.

The closing stages saw chances at both ends. Vasily Koshechkin was kept busy as Sibir desperately fought to stay in the competition, while Magnitogorsk’s Alexander Semin failed to find the empty net from a tight angle in the last minute. But there was no further scoring and Magnitka advances.