CSKA booked its place in the Western Conference final for the second year running after grinding out another hard-fought win over Torpedo.

Despite the gulf between the teams in the regular season and the emphatic margin of the Army Men’s series win here, games between the two have mostly been hard-fought affairs and this was no exception.

Simon Hjalmarsson led the way with two goals. First he tied the scores in the first period when Torpedo was slow to clear and Mikhail Yunkov got behind the net to feed the Swede for a close-range finish that cancelled out Vyacheslav Kulemin’s opener.

Roman Lyubimov got the go-ahead goal in the 43rd minute after Kirill Petrov fired the puck hard along the red line and Lyubimov got his stick in the way at the near post before goalie Mikhail Biryukov could take control of the situation. 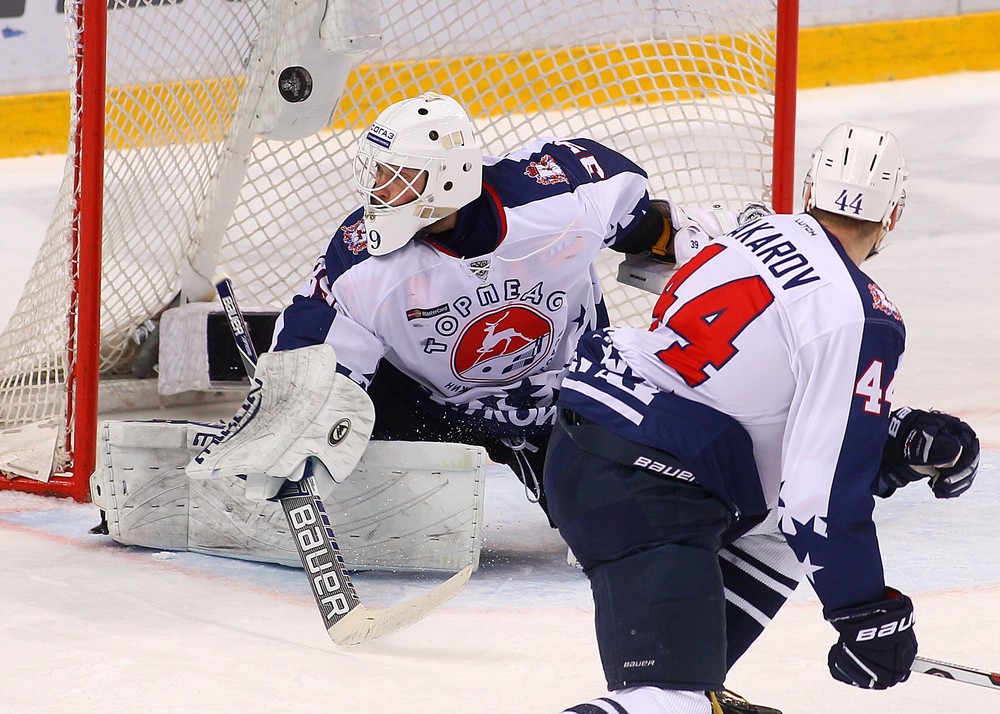 Hjalmarsson added a second strike on the penalty kill to make it 3-1. CSKA won a face-off in its own zone, Yunkov broke out with the puck and as the visitor struggled to get back Hjalmarsson had time to pick his spot and beat Biryukov.

But Torpedo refused to roll over. Kaspars Daugavins got one goal back with six to play, firing in a shot from the face-off spot that saw Ilya Sorokin juggling the puck but failing to keep it out. Then another power play for the visitor saw Sorokin at full stretch to deny Alexander Alyayev.

A penalty call on Carter Ashton in the 57th minute brought Torpedo’s revival spluttering to a halt: CSKA was able to use its man advantage to kill the game in the final minutes and secure its place in the next round.