SKA’s top line led the way once again as the defending champion moved to within a single game of returning to the Western Conference final and repeating last season’s Army derby against CSKA.

The troika of Nikita Gusev, Evgeny Dadonov and Vadim Shipachyov shared another six points in Moscow to down Dynamo and take a 3-2 lead back to home ice in Petersburg on Thursday.

Dynamo, seeking to recover from a 0-4 reverse that tied the series up in St. Petersburg, made five changes to its roster. Denis Barantsev and Maxim Solovyov were called up as the Blue-and-Whites opted for eight D-men, while Maxim Karpov, Konstantin Volkov and Alexander Avtsin got the nod among the forwards. SKA, meanwhile, made no changes, with Ilya Kovalchuk once again absent from the team. 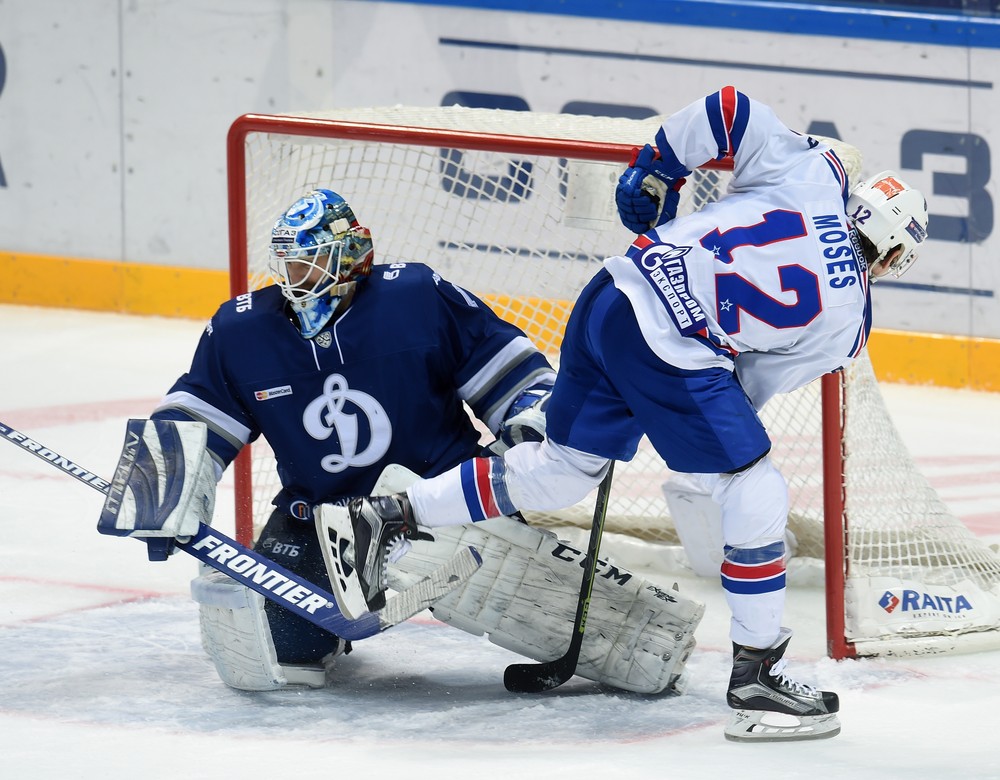 Initially the new look seemed to suit Dynamo: the home team had the better of the opening period but could not convert its edge into goals. And that proved costly.

Penalty trouble in the middle session put Dynamo behind in the game – and ultimately in the series. Dinar Khafizullin opened the scoring in the 25th minute, spotting a loose puck between Alexander Yeryomenko’s pads and prodding it into the net after Evgeny Dadonov and Vadim Shipachyov tested the home goalie.

The host retaliated: Konstantin Gorovikov beat Mikko Koskinen with a shot that angled into the top corner from the deep slot after Dynamo’s forecheck pushed SKA into dangerous territory.

Then on a delayed penalty SKA struck again. Steve Moses came on to support the offense and when Nikita Gusev shot into Yeryomenko’s pads the American was first to react, forcing the puck home from close range. 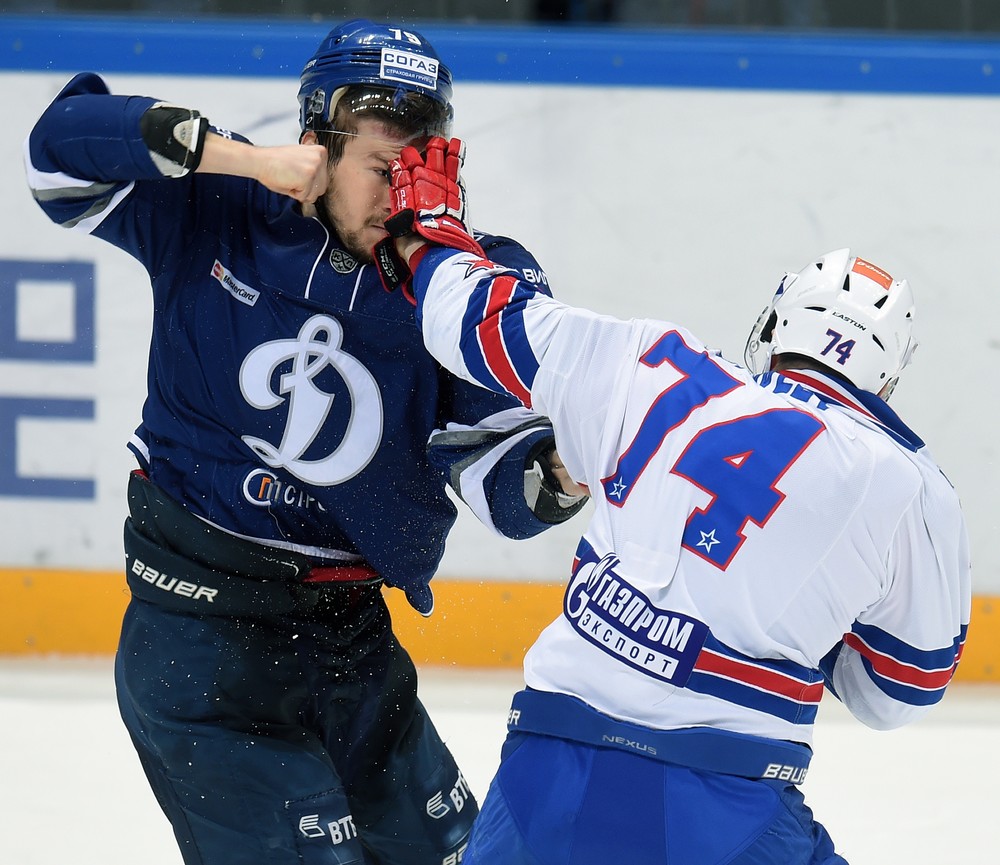 The shot count was even more telling than the 2-1 scoreline: after trailing 5-9 in the first period, SKA bossed the second 15-5. Dynamo’s defense was starting to open up.

Another power play early in the third saw Gusev add a third SKA goal. Khafizulin found him with time and space at the bottom of the circle and after feinting to pass he wrapped his stick around a shot that fizzed inside the near post to put clear water between the teams.

Jarno Koskiranta added a fourth goal in the closing stages after Dynamo’s Danill Tarasov was expelled from the game for fighting with Yegor Yakovlev.