CSKA closes in on victory

Three second-period goals led CSKA to a win in Nizhny Novgorod – but the Army Men had to withstand a big Torpedo fightback before they could bring a 3-1 lead back to Moscow on Tuesday.

The game seemed to be winding down to a comfortable CSKA victory until Sergei Kostitsyn’s second goal of the night made it 2-4 with eight to play. Then a calamitous defensive error – Mikhail Naumenkov getting caught in possession as he brought the puck out from behind the net – presented Alexander Frolov with a golden chance to make it a one-goal game and set up a nervous finish for CSKA.

A late penalty on CSKA’s Simon Hjalmarsson ratcheted up the tension another notch. The stadium announcer whipped the home crowd – derisive during the middle stanza – into a frenzy of support and the men in blue prepared to lay siege to the away net. Yet it wasn’t to be: Hjalmarsson returned to the ice, Torpedo goalie Ilya Proskuryakov was withdrawn for the second time in the game and Vladimir Zharkov capitalized on the confusion to shoot an empty-net goal that wrapped up the win at last. 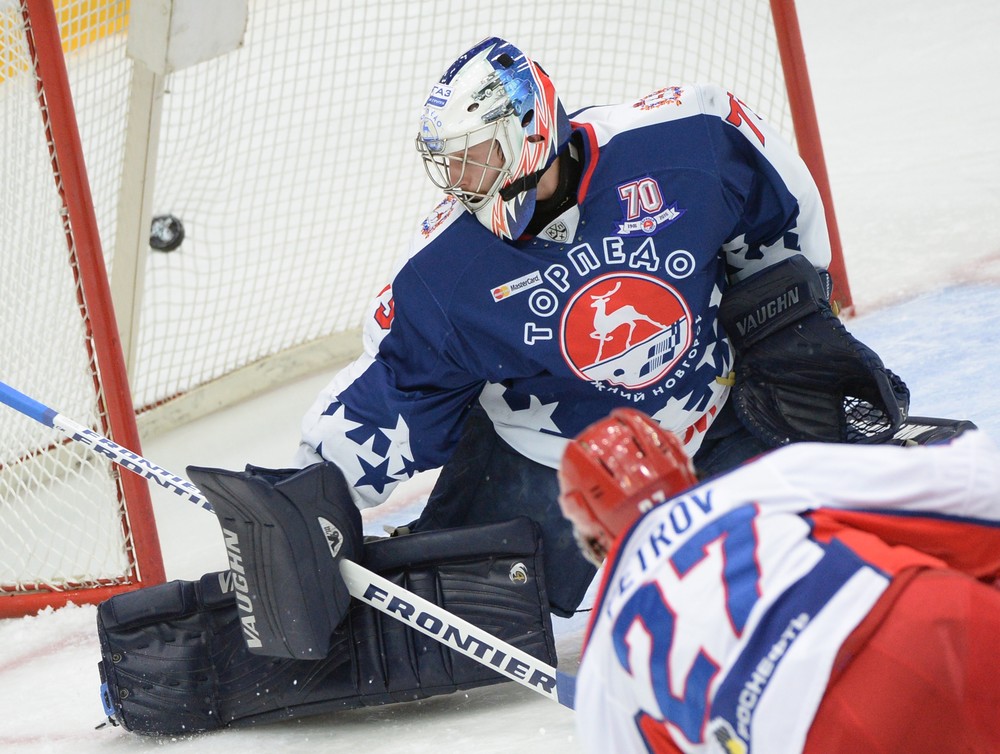 Earlier Torpedo’s threat was limited to a brief flicker at the start of the second stanza, with Kostitsyn scoring on the power play to cancel out Antti Pihlstrom’s first-period opener for the visitor. But from that point on it was all CSKA, with Torpedo managing just two more shots on Ilya Sorokin’s net as the visitor put the game out of reach.

Igor Ozhiganov made it 2-1 in the 25th minute. Alexander Radulov pulled the strings on the power play as CSKA maneuvered the puck across to Ozhiganov in the left-hand circle. With Proskuryakov struggling to get back into position, the defenseman fired a one timer into the open side of the net.

CSKA increased its lead 65 seconds later, chasing Proskuryakov in the process. Zharkov released Kirill Petrov down the boards and, with Torpedo’s defense AWOL, the forward went straight up to the net and beat the goalie amid a chorus of jeers from the disgruntled home crowd. Once benched for Mikhail Biryukov, Proskuryakov may well have reflected on the total absence of any protection for him on that play.

Even the loss of Igor Makarov on the half-hour, expelled from the game for picking a fight with Alexei Pepelyayev, did not greatly hinder CSKA. Roman Lyubimov added a fourth goal with the teams playing 4-on-4 hockey. Lyubimov collected the loose puck behind the net after Nikita Zaitsev fired wide, and recovered to score on the wraparound. It seemed so comfortable for CSKA, but the Moscow team still had to weather Torpedo’s late revival before claiming the win. 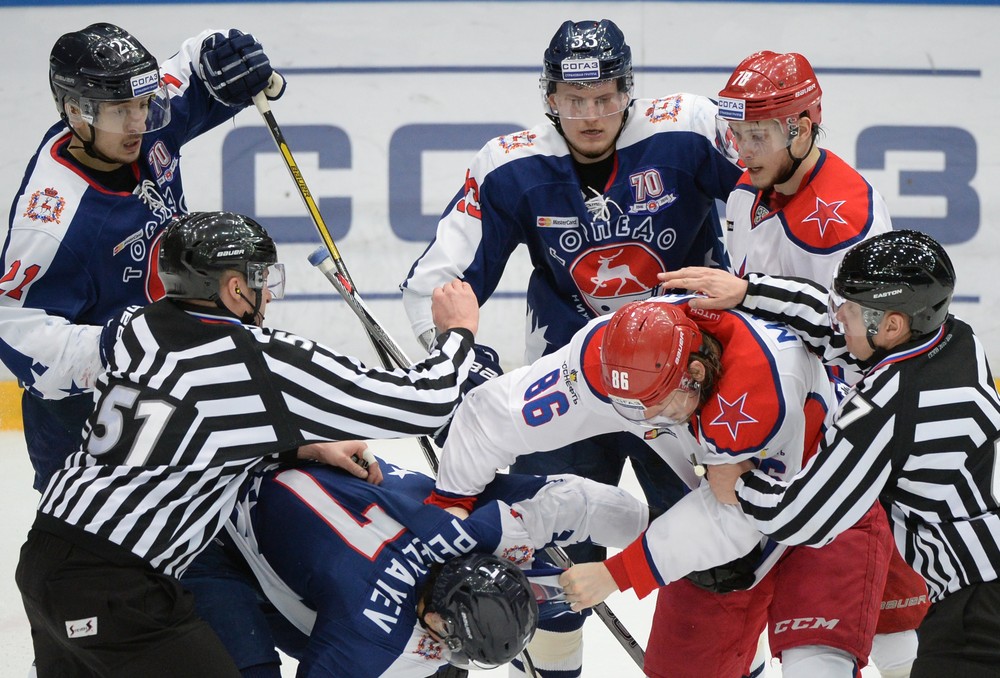