All to play for in the clash of the capitals

After four games there’s nothing to choose between these two old rivals. SKA and Dynamo shared two tight games in Moscow before each team enjoyed a 4-0 win apiece in Petersburg to send the action back to the capital all square at 2-2.

SKA was under pressure to respond after its disappointing reverse on Friday saw the Army Men tactically out-thought by Dynamo. Ilya Kovalchuk, whose 2016 post-season stubbornly refuses to ignite, was scratched and once again the emphasis was on the Dadonov-Shipachyov-Gusev line to deliver the points for SKA. The trio shared 22 points in the previous eight playoff games and claimed all four goals here to add another nine points to that cumulative tally. 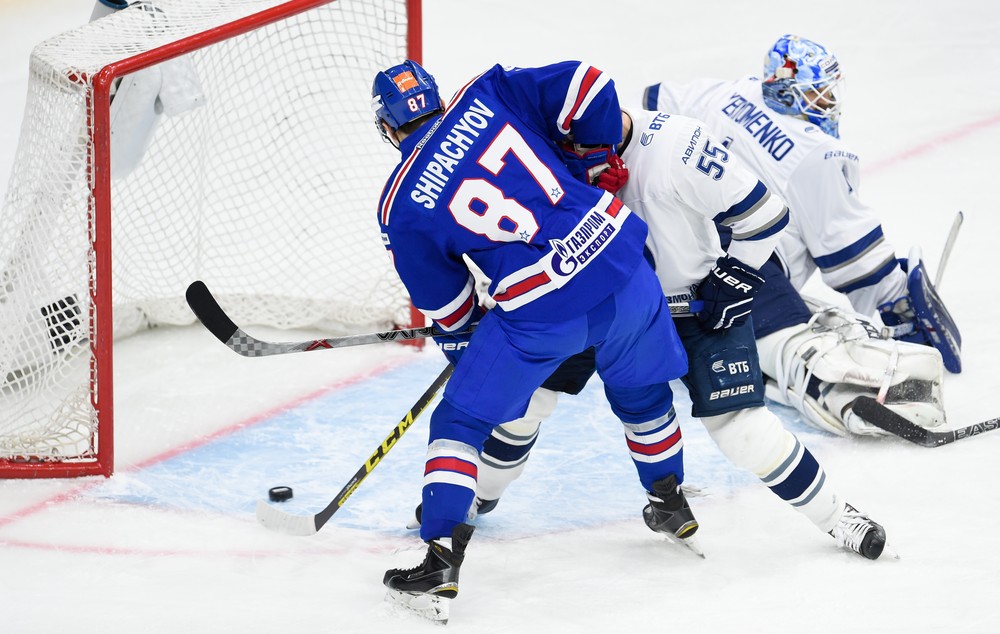 Vadim Shipachyov led the way with a hattrick and an assist. His opener came on the power play in the third minute, unleashing a one-timer to convert Nikita Gusev’s pass across the face of Alexander Yeryomenko’s net. SKA continued to dominate the game, but it wasn’t until the midway point that a second power play goal put the home team in control. It took just nine seconds to convert the man advantage: SKA won the face-off, Gusev fed Shipachyov in space in the deep slot and the captain’s pass picked out the unmarked Evgeny Dadonov on the post to double the lead.

Shipachyov’s second of the night came just before the second intermission. Gusev rushed the net, only to be blocked in a crowd of players. The puck dropped for Shipachyov and he found the top shelf from a tight angle.

With the game settled, the third period was more evenly-matched. But the only further scoring came late on as Shipachyov completed his treble, taking his post-season tally to seven when Gusev’s pass sliced open Dynamo’s defense once more and Shipachyov shot home a one-timer. 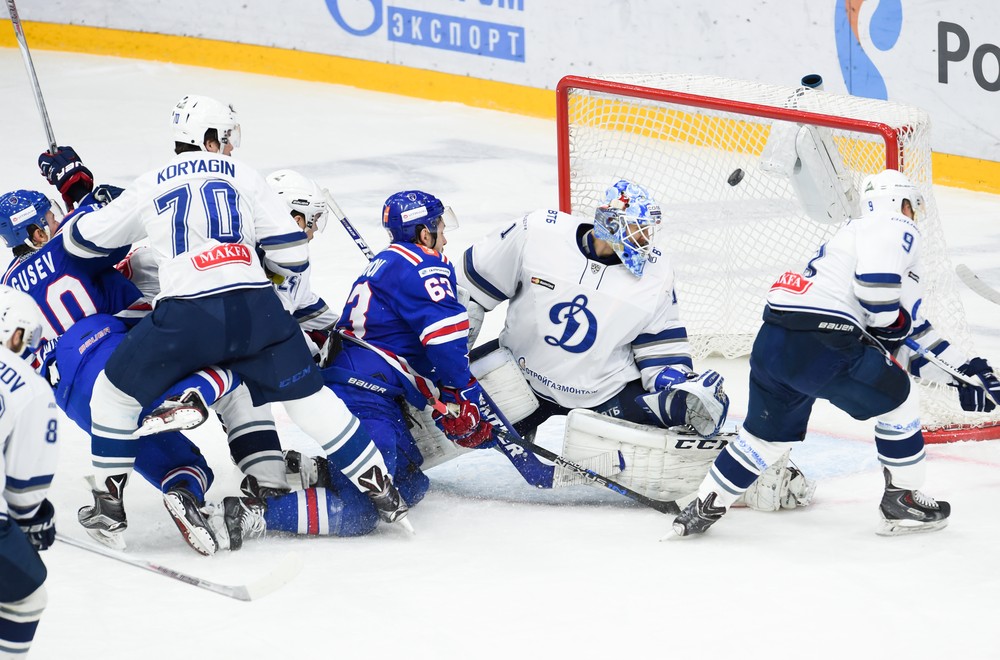