Two goals in a minute deep into the second period proved to be decisive as Metallurg picked up a big win at Sibir to regain the lead in this series. Jan Kovar and Sergei Mozyakin were the key men for Magnitka, reminding once again of their potency against any opponent.

In the 34th minute Mozyakin’s patience and anticipation enabled him to pick out the killer pass for Kovar to fire home his second of the game at the back post. Then, 64 seconds later, a defensive error presented Bogdan Potekhin with the chance to race down the left-hand channel before scoring on Alexander Salak to make the score 4-1 and leave Sibir with little prospect of salvaging the game.

In fairness, Magnitka held the advantage from the very start. The opening stanza saw the visitor top the shot count 15-5, but only Viktor Antipin’s 14th-minute effort, deflected off the skate of Maxim Ignatovich, registered on the scoreboard.

That lead was doubled in the first minute of the second period. Once again Kovar and Mozyakin combined, with the former battling his way out from behind the net, exchanging passes with his captain and rushing Salak’s net to make it 2-0. 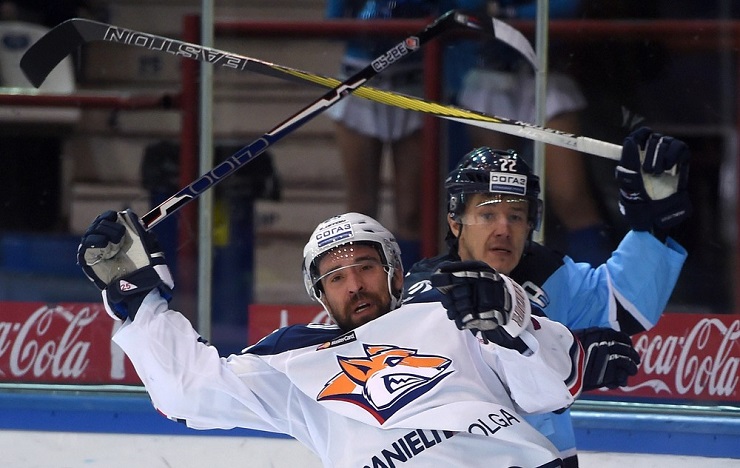 Sibir got one back almost immediately through Ignatovich on the power play, but that was as good as it good. The quick double late in the middle session ended any doubts about the outcome and Mozyakin was on hand to net just his second goal of these playoffs early in the third.

After two fairly close games, the margin of Magnitka’s win here throws down a challenge to Sibir: can Andrei Skabelka’s team find a response on Monday when the teams go again in Novosibirsk?