CSKA inched ahead in its series against Torpedo after edging a 3-1 verdict in Game 3 in Nizhny Novgorod.

Denis Denisov, the Army Men’s captain, was the key man on the night. The defenseman’s powerful shooting from the blue line led to both CSKA goals. In the first period he let fly on the power play and Stephane da Costa, recalled to the team after missing the previous game, was adjudged to have got the final touch as the puck went past Ilya Proskuryakov.

Then he scored the second goal himself early in the third period. Torpedo struggled to clear its lines and the puck came to Denisov out on the blue line. He skated into space and unleashed another slap shot that flew clean past the goalie to double the lead. 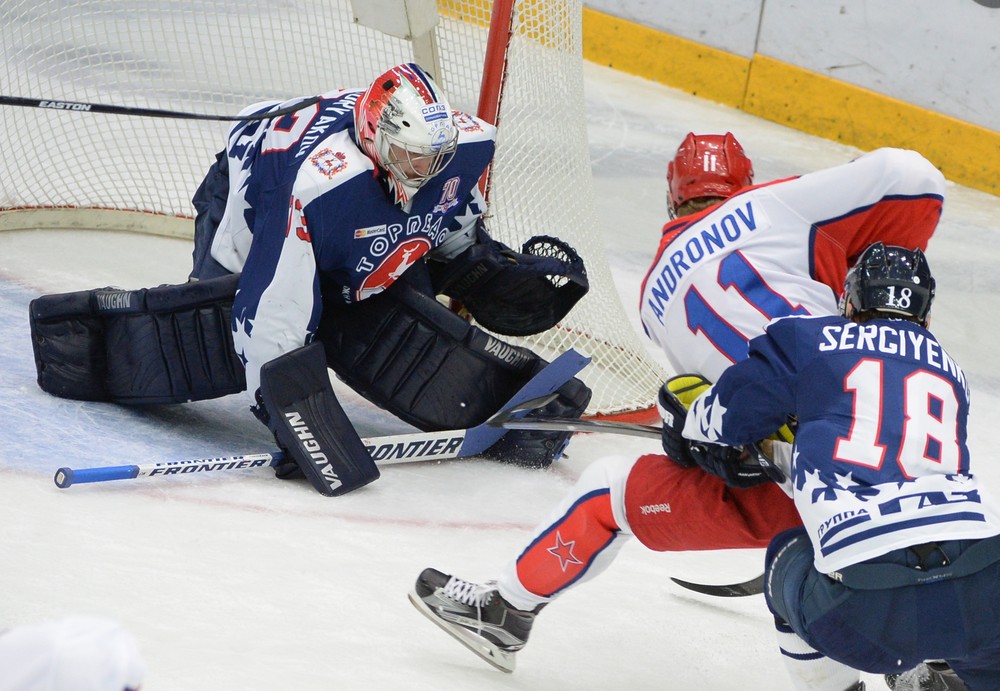 The game quickly returned to life though as Torpedo hit back within 90 seconds. Alexander Bodrov was the scorer, smashing home Vladimir Galuzin’s intelligent pass to breathe new life into the home team’s hopes.

However, throughout the game CSKA had locked down its defenses solidly. In the first two periods it allowed just nine shots on Ilya Sorokin’s net and Bodrov’s goal was only the 13th attempt to test the young goalie in almost 50 minutes of play. Even a major penalty on CSKA’s Sergei Andronov, who got 5+20 for a check to the head in the 55th minute, could not save the home team. Peteris Skudra gambled on pulling his goalie early, with more than three minutes to play, but Torpedo’s hopes were extinguished by Evgeny Korotkov’s empty-netter. 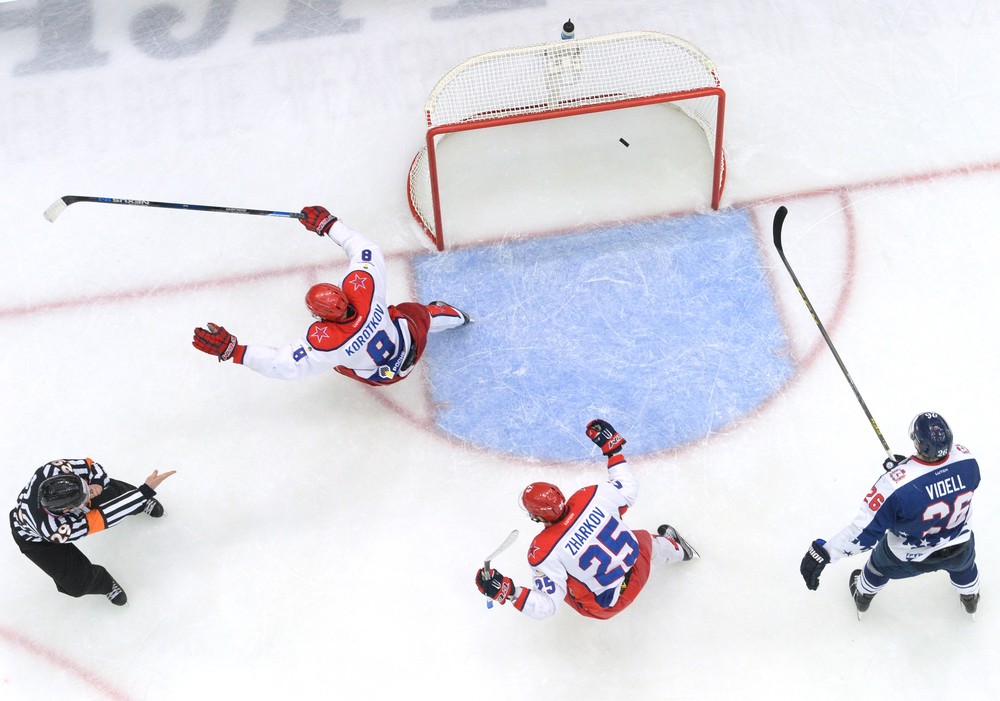