Sibir produced a powerful display to wipe out Magnitka’s opening-day win and square this series before the action shifts to Novosibirsk on Saturday.

A well-taken goal by Sergei Shumakov – his fourth of post-season – gave the visitor a first period lead before two power play goals in the second put the game beyond Metallurg’s reach.

The opening session produced few chances, with the teams sharing just nine shots on goal. But a moment of magic from Stepan Sannikov and a laser-like finish from Shumakov was enough to open the scoring in the 17th minute. Sannikov led the attack and seemed to be heading behind the net until a deft backhand pass dropped the puck onto Shumakov’s stick. There was still work to be done, with Vasily Koshechkin and Chris Lee crowding the goal line, but the forward’s one-timer was devastatingly accurate as it flew between them and under the bar.

The second period saw the game open up rather more, but it was Sibir’s Slovakian defenseman Andrej Meszaros who proved to be the difference maker on the power play. Prowling the blue line with menace, he created the second goal of the evening for David Ullstrom when the Swedish forward touched home a slapshot in the 22nd minute. 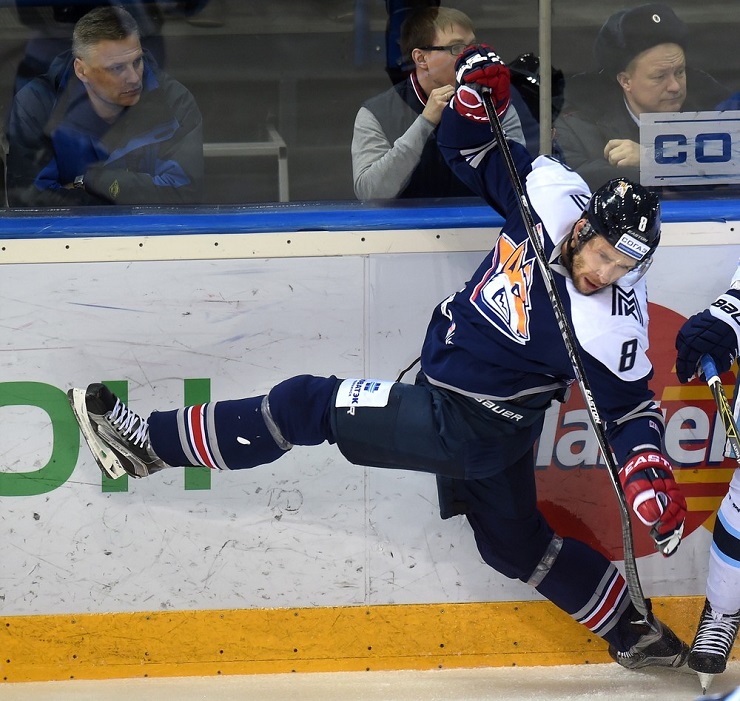 Then another slap shot was deflected in by Tomas Vincour as he threw up a screen in front of Koshehckin. The goalie was duly hooked for Ilya Samsonov.

Magnitka got one goal back early in the third period when Danis Zaripov fired home from a tight angle off a sick feed from Jan Kovar in front of the net. But there was no big recovery in sight as Sibir closed out the game and tied the series.