Osipov’s winner makes it all square

An overtime goal from Alexander Osipov hauled Dynamo level in the series after another Titanic battle between these old foes. The defenseman snapped a 3-3 tie on the power play deep into the first period of overtime to give the Blue-and-Whites the victory – but only after SKA battled back to recover a two-goal deficit.

Osipov’s strike came with Ilya Kovalchuk in the penalty box for interference. Dynamo used the man advantage to carefully probe for weaknesses in the SKA defense and finally found Osipov on the blue line. The shooting lane opened up for the D-man and his finish gave Mikko Koskinen no chance in the SKA net. 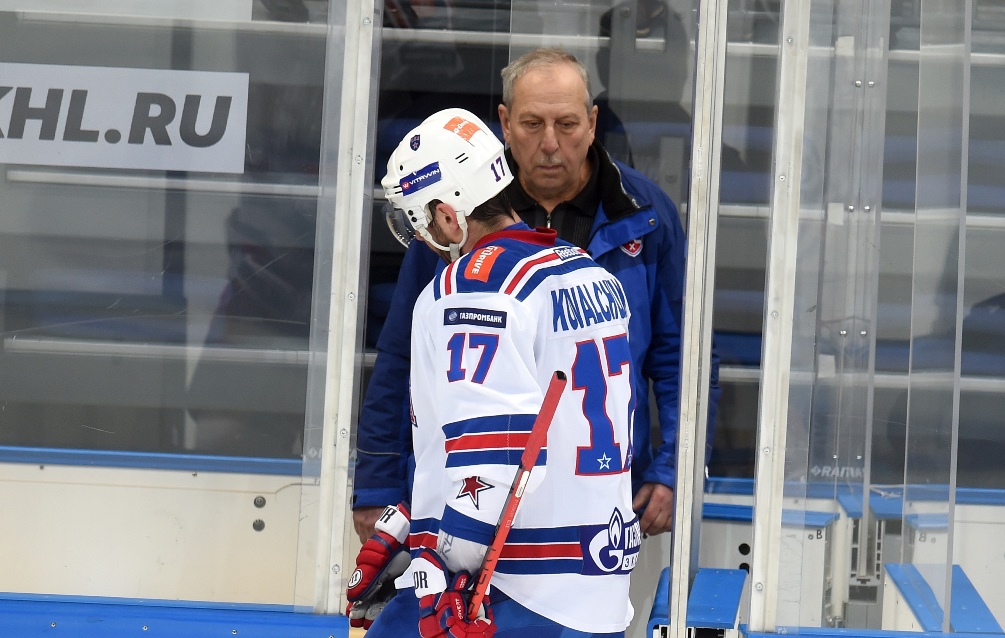 However, Dynamo may well feel it should have settled the game within regulation. The home team took the lead in the fourth minute thanks to a wonderful solo effort from Maxim Karpov. He collected the puck on the face-off spot in his own end and surged down the ice. Bursting into SKA’s zone, he found the defense backed off him, enabling him to dart between the hatching and fire a wrister into the top corner.

And the first power play for the Blue-and-Whites saw that lead double. Ivan Igumnov’s shot from the left channel was turned back across the slot by Dmitry Vishnevsky and Ilya Shipov was on the spot to slide it home on the backhand. 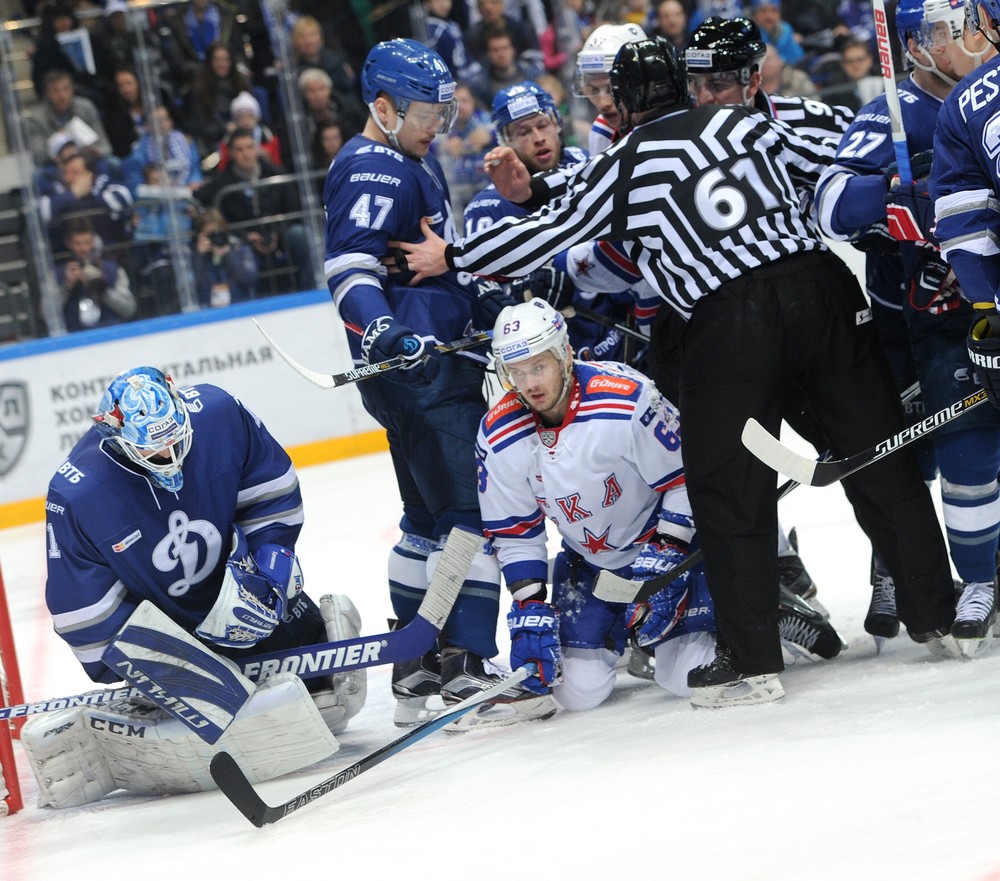 But SKA showed the kind of resilience that helped it to lift the Gagarin Cup last season, fighting back from 0-2 and 1-3 to complete the second stanza with the scores tied at 3-3. First a slip-up on SKA’s blue line saw Dynamo give up possession and send Nikita Gusev off to the races. The former Ugra man made it 2-1 with a precise finish that echoed Karpov’s opener.

Dynamo hit back immediately to reinstate its two-goal cushion within a minute. This time it was SKA turning over possession and enabling a breakaway for Dmitry Pestyusko and Vladimir Bryukvin. The latter completed the move to make it 3-1. Again there was an instant response, with Ilya Kablukov slinging the puck into the danger zone and celebrating as a deflection off a Dynamo skate took it into the net. 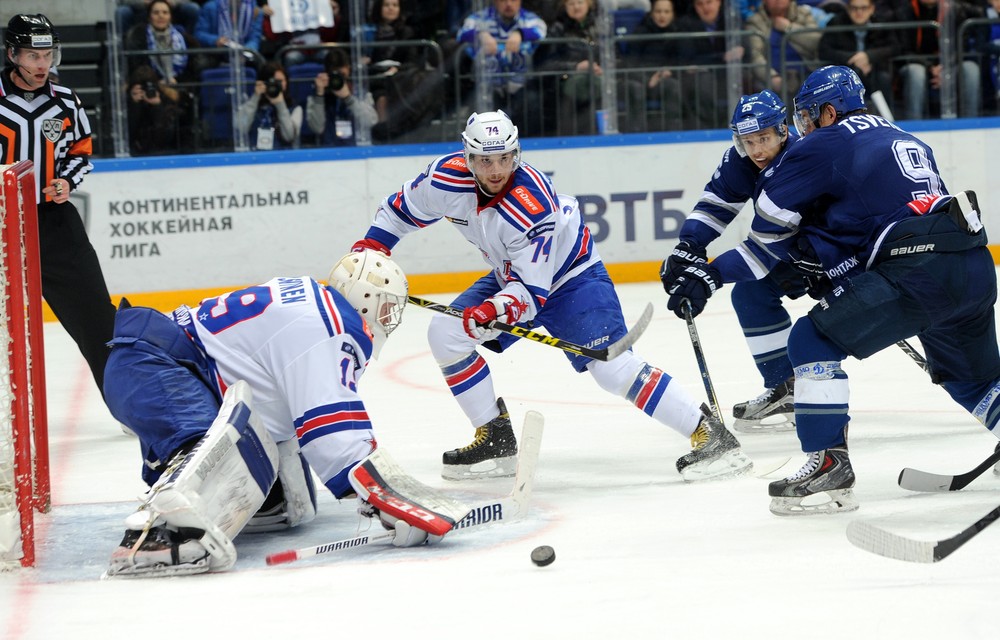 The home team’s problems deepened with a clutch of penalties. SKA had 81 seconds of 5-on-3 and duly took advantage when Gusev found Vadim Shipachyov in space in the right-hand circle and the visitor’s captain smashed in a one-timer to tie the game in the 35th minute.

In the third period Dynamo returned to the kind of form it showed in the first, but could not find a winning goal despite a golden chance for Bryukvin in the 47th minute. Instead the game went to overtime and Osipov’s winner for Dynamo.