CSKA tied its series thanks to an assured victory over Torpedo in Game 2. Determined to claw back the initiative after Monday’s defeat, and unfazed by some hard-fought hockey at both ends of the rink, the Army Men eased to the win on the back of two goals and an assist from Geoff Platt.

The opening goal, on the first power play, came when young Ivan Telegin smacked home a one-timer from the edge of the circle. CSKA thought it had a second goal in the 16th minute when Roman Lyubimov batted down the puck following a shot from the point, but that one was chalked off due to a high stick. The reprieve was short-lived, though: Platt grabbed his first a minute later, scoring at the second attempt after lurking with intent on the red line. 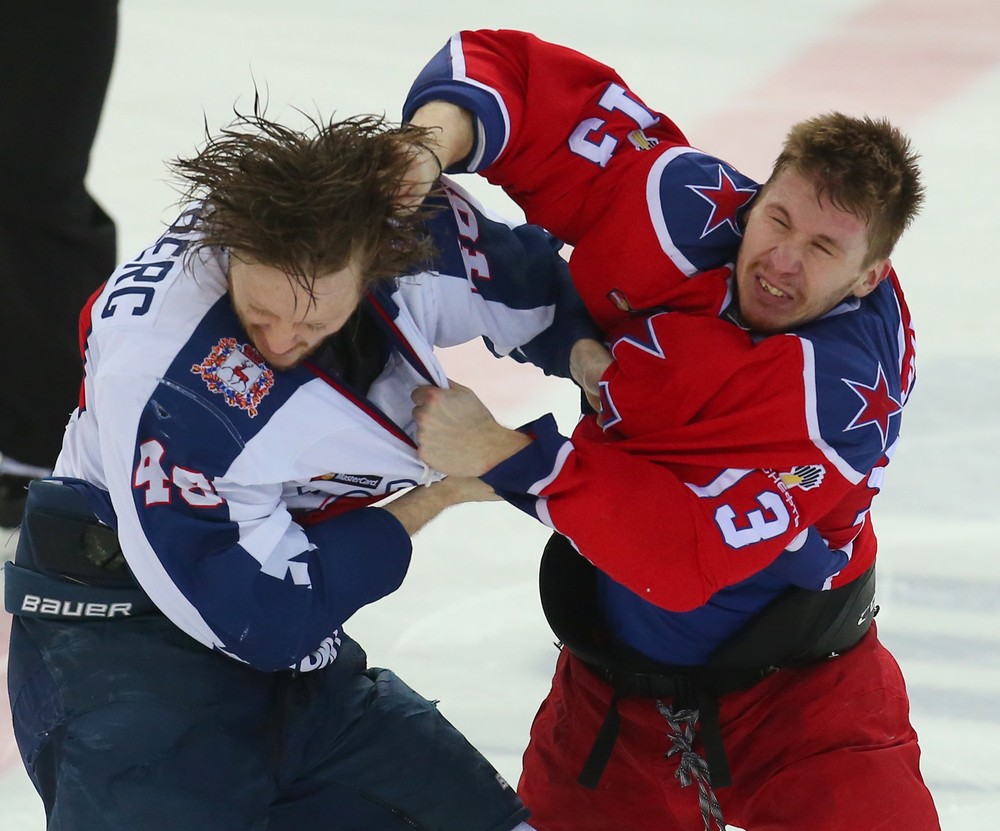 Torpedo pulled one back early in the second period, helped by an extended power play. CSKA successfully held out for more than a minute of 5-on-3 but Stanislav Yegorshev found the net from the blue line while Torpedo held a one-man advantage.

CSKA hit back with two quick goals just after midway. First Platt’s pass found Igor Ozhiganov at the point and his one-timer whipped past Ilya Proskuryakov. Then Platt got his second of the night, forcing the puck home from the slot off Lyubimov’s pass and chasing Proskuryakov to the bench.

Replacement goalie Mikhail Biryukov gave up one more marker in the final stanza when Vladimir Zharkov deflected Nikita Zaitsev’s shot into the net. The final stages were overshadowed by a 5+20 penalty for Grigory Panin after his check to the head of Alexei Potapov left the Torpedo man groggy. Despite the long penalty, the only serious impediment to CSKA’s win came with three minutes left when one of the glass panels behind the net shattered and play was held up for repairs.