Torpedo Nizhny Novgorod pulled off the surprise of the first round to beat Jokerit in six games – and continued to bely its outsider status by inflicting a first post-season defeat of 2016 on CSKA.

Goals from Linus Videll and Yury Sergiyenko were enough to halt the Army Men’s march after that sweep of Slovan. This time, after pulling off three recoveries in the third period of its previous three games, the Moscow team could not find a way to dislodge Torpedo’s limpet-like grip on the game once it got in front.

So solid was the visiting defense that the home team mustered just 14 shots on Ilya Proskuryakov’s net in the second and third periods – and 4 of them came in the last 90 seconds as the former CSKA goalie held firm in the face of a desperate final flurry.

Torpedo took the lead early on thanks to Videll’s power play goal. Nikolai Zherdev shot into Ilya Sorokin’s pads and the rebound came out a long way for Videll to collect the puck, skate in on goal and beat the young netminder. 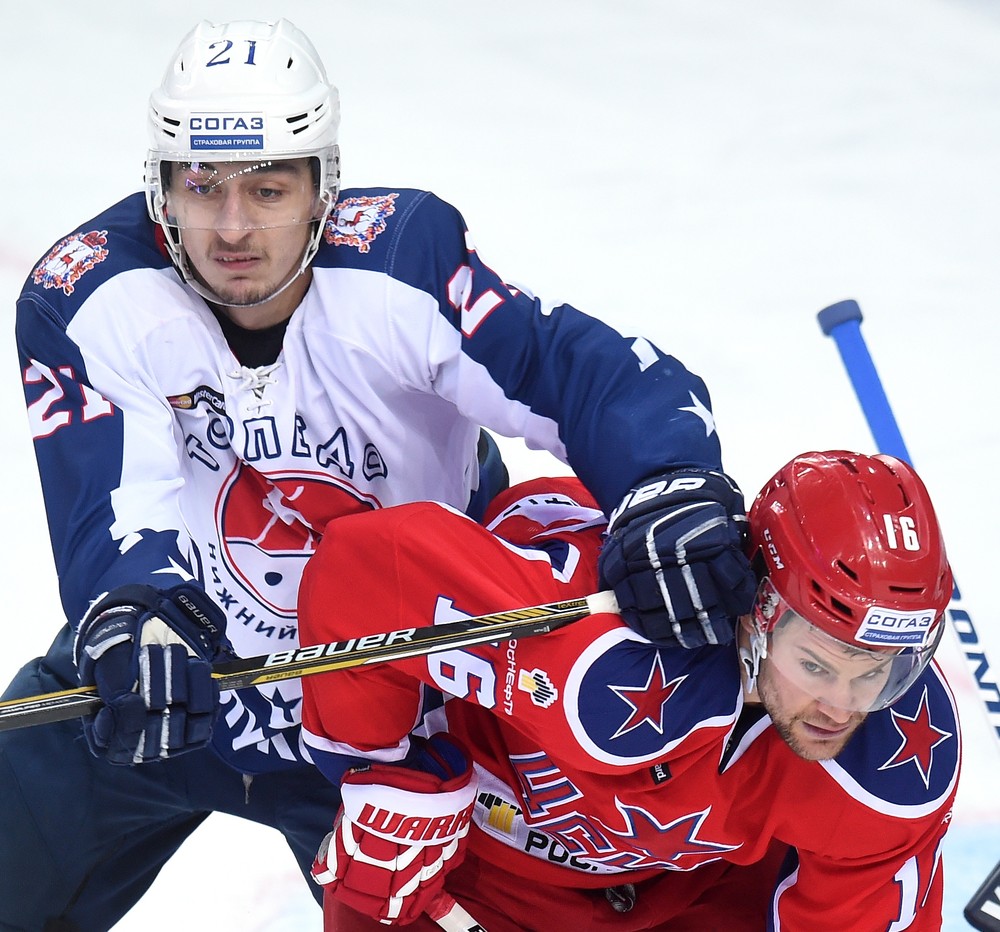 CSKA soon levelled on a power play of its own, with Alexander Radulov finding the net in the ninth minute. The Army Men’s wizard conjured a shooting lane out of almost nothing, spotting the tiniest of gaps left by Stanislav Yegorshev to open up the near post. Geoff Platt’s battling behind the net created the opening, but Radulov’s vision and execution turned it into a goal.

At that point, most expected CSKA to go on and impose itself on the game – but Torpedo had other ideas. Peteris Skudra’s team soaked up the pressure in the first then put the game in a vice in the second with a strong pressing game that stifled the Army Men. It got even better for the visitor in the 35th minute: that same determined forechecking kept CSKA pushed back in its own zone and when the puck broke for Sergiyenko he needed no second invitation to size up the situation and shoot past Sorokin from mid range.

From that point on it was all about Torpedo’s ability to restrict CSKA and keep the Army Men’s powerful offense at arm’s length. The tactics – stifling, frustrating – did their job. The home team struggled to avoid minor penalties at the start of the third period, disrupting its flow and robbing it of any momentum. Then, as the clock ran down, Proskuryakov found himself back in the thick of the action but was able to secure the win for his team.