It was a more challenging series than many anticipated – but Metallurg finally got past Avtomobilist thanks to an emphatic third-period display in Yekaterinburg to win game six.

Four unanswered goals in the final stanza ended the Motormen’s resistance – but Magnitka had to dig deep to recover a two-goal first-period deficit.

Anatoly Golyshev, Avto’s scoring leader in regular season, had failed to make a big impression in the playoffs so far but he opened his post-season account to give his team a 1-0 lead after 12 minutes. Sergei Yemelin doubled that lead before the intermission, giving the home team every hope of setting up a game seven decider in Magnitogorsk on Saturday.

That was as good as it got for Avto, though. Sergei Tereshchenko pulled on back for the visitor just after midway and from that point on the tide turned decisively. Magnitka took almost complete control of the action and produced a dominant display in the final stanza to romp into the next stage and set up a clash with Sibir.

Bogdan Poteikhin tied the game in the 43rd minute before Jan Kovar struck on the power play to give his team the lead for the first time in the game with less than 15 minutes to play. His well-tied thrust of the stick deflected Sergei Mozyakin’s shot past Igor Ustinsky for what proved to be the game – and series – winner. 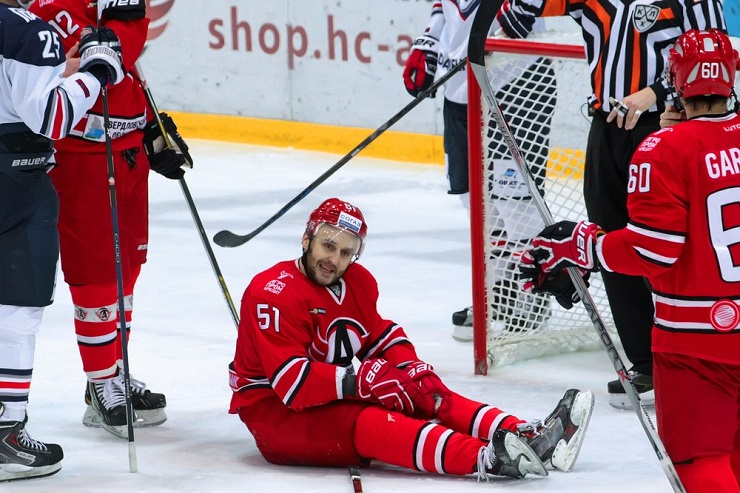 There was more to come: Tomas Filippi added two more goals, his first of the playoffs, to set a gloss on Metallurg’s triumph and complete the team’s progress in this season’s competition. For Avtomobilist it was the best post-season showing in the KHL era, but still not quite enough to prolong the campaign.