Torpedo pulled off a shock to complete the line-up for the Western Conference semi-finals after edging Jokerit by the odd goal in five.

A 56th-minute goal from Vyacheslav Kulemin won the game and the series in dramatic fashion. Kulemin and Evgeny Mozer set off on a two-on-two breakaway. Kulemin came off the left channel and headed to the net, getting his shot off to beat Henrik Karlsson under pressure from close range.

Earlier Torpedo opened up a 2-0 lead on goals from Maxim Osipov midway through the second period and Alexander Frolov on the power play in the 51st minute. 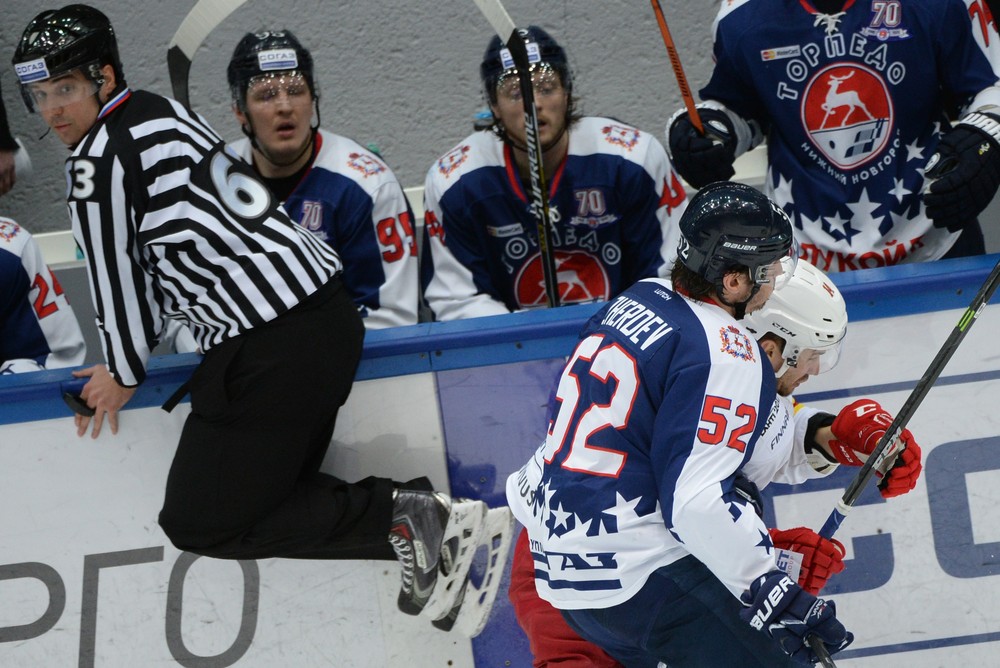 But Jokerit, faced with playoff oblivion, struck back with two goals in two minutes. Jesper Jensen got the first, firing in a one-timer from the blue line off Peter Regin’s pass. Then a power play for the Finns gave Brandon Kozun the chance to tie the game. Jesse Joensuu held up play before attacking from the right channel and feeding the Canadian for a shot on goal.

It seemed that overtime was on the way, but Kulemin’s decisive intervention ended the series in Torpedo’s favor. The Nizhny Novgorod team goes on to face CSKA Moscow, while SKA and Dynamo renew their long-standing playoff rivalry in the other match-up.