A second-period blitz saw Sibir complete a comfortable round one victory over Admiral to advance to the Eastern Conference semi-final.

The first period was evenly matched but after the intermission Sibir came out and blasted three unanswered goals in barely five minutes to put the game – and the series – beyond the reach of its opponent.

Damir Zhafyarov opened the scoring on 21:05, wriggling his way clear of Geoffrey Kinrade and, despite falling under the challenge, getting his shot off to beat Igor Bobkov.

Then came two goals in 40 seconds. Sergei Shumakov’s third post-season goal made it 2-0 with a neat finish close in on Bobkov after Stepan Sannikov’s pass threaded the needle between two defensemen. Then Artyom Voroshilo tucked away the rebound after Andrej Meszaros saw his shot saved.

After that collapse, Admiral responded by bringing out the heavy artillery – the shots kept flying in and Alexander Salak would ultimately make 52 saves for his second post-season shut-out. 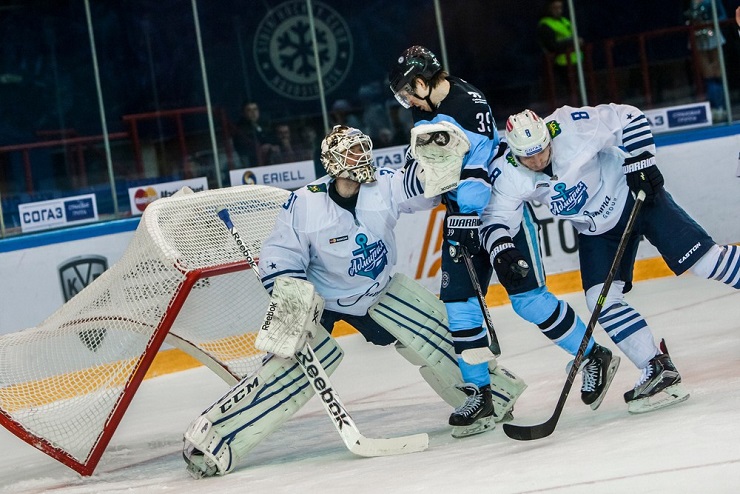 But the lead was too great. Sibir could content itself with holding Admiral at arm’s length for most of the third period. There were just three shots on Bobkov’s net, but one of them proved successful as Konstantin Okulov won the puck in center ice and headed off to the races for a sizzling breakaway goal.

Sibir joins Avangard in the next stage.