Avangard became the first team to progress to the Eastern Conference semi-final after completing a sweep of Neftekhimik.

But the regular season conference leader had to come from 0-2 down in Nizhnekamsk before claiming victory in the longest post-season game to date.

Denis Parshin finally got the winner on 102:39 to send Avangard into the next phase. It was a goal out of nothing: Parshin burst down the left-hand channel, swung into the center and slid a low shot past Ivan Lisutin to end Neftekhimik’s resistance and earn his team a long rest before the next stage gets underway.

Neftekhimik, playing for its playoff life, opened up a 2-0 lead in the first period. Alexei Sergeyev opened the scoring, picking his spot to put away the rebound from Bogdan Yakimov’s shot in the third minute. Then Evgeny Grigorenko made it two with a one-timer after Igor Polygalov carved out the opportunity from behind the net. 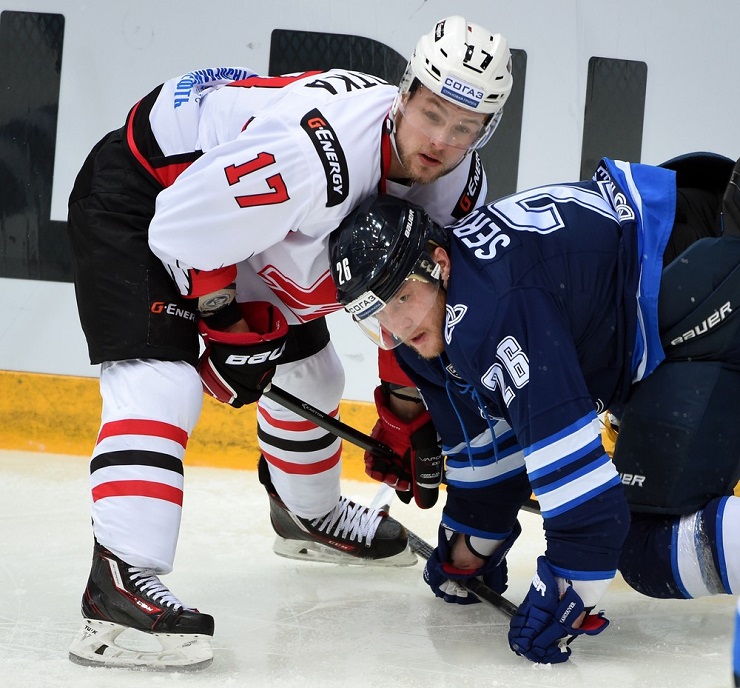 But Avangard hit back. Defenseman Yury Alexandrov got one back with a thunderous shot from the point after Czech duo Vladimir Sobotka and Martin Erat sliced through center ice with a couple of passes. Then Alexander Perezhogin, Avangard’s main man on its run to the 2012 Gagarin Cup final, demonstrated his skill on front of goal. Ilya Zubov’s pass sent the forward through on goal and Perezhogin showed some nifty stick handling to ease his way into a shooting position in the deep slot and beat Lisutin.