Two days can make a huge difference. On Friday Metallurg won 6-0 here, taking the lead in the series and seemingly demonstrating complete superiority over its opponent.

On Sunday, though, Avtomobilist struck back in style with an assured 3-1 victory that ties the series after four games and sends us back to Magnitogorsk with everything to play for.

That outcome seemed a long way off when Magnitka opened the scoring through Alexander Semin early in the second period. Chris Lee’s shot from the blue line was blocked, Igor Ustinsky produced a superb stop to deny Sergei Mozyakin on the rebound, but Semin collected the puck behind the net and forced it home on the wraparound.

But when Avto got a power play of its own the scores were level. Metallurg’s PK went astray in the final seconds of the penalty and Alexei Vasilevsky was the man to take advantage: given the freedom of the offensive zone he advanced on the net and let fly from between the hatchings to make it 1-1. 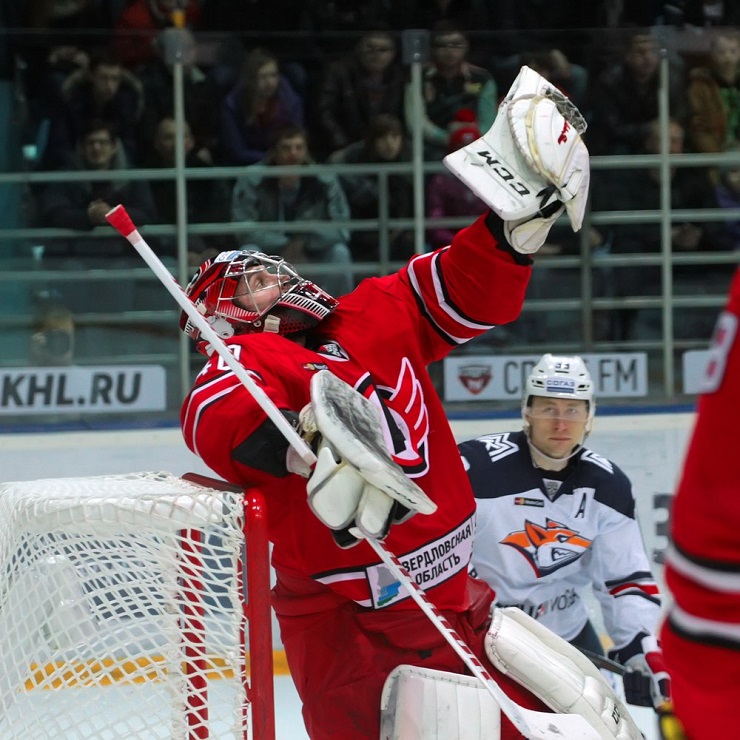 Another power play soon followed, and another Avtomobilist goal came with it. Vasilevsky supplied the shot from the blue line, Ilya Samsonov blocked it but an almighty scramble on the crease ended with Artyom Gareyev poking the puck home.

And yet another power play goal late in the second period saw D-man Vasilevsky get his second goal of the game. This time Avto had a 5-on-3 advantage and Vasilevsky fired Nikolai Timashov’s pass into the top corner to build an uncatchable lead.