The game’s still on

Admiral prolonged its stay in the last-chance saloon thanks to a victory over Sibir that keeps the series alive.

The Siberians had high hopes of completing a sweep in Sunday’s early game and returning to Novosibirsk for some rest and preparation time for the challenges ahead, but there is still unfinished business to attend to in round one.

Having lost the first three games Admiral went back to basics: strong defense was the foundation of this win. It wasn’t always pretty – the first period registered no goals and just 10 shots on target as the teams fought out a war of attrition – but ultimately it proved effective.

Konstantin Makarov broke the deadlock in the 26th minute as Admiral converted its second power play in quick succession. He got on the end of Jonathan Bloom’s drilled pass into the slot and turned the puck past Alexander Salak. The visiting players called for a replay to confirm that Makarov didn’t kick the puck into the net, but the goal stood. 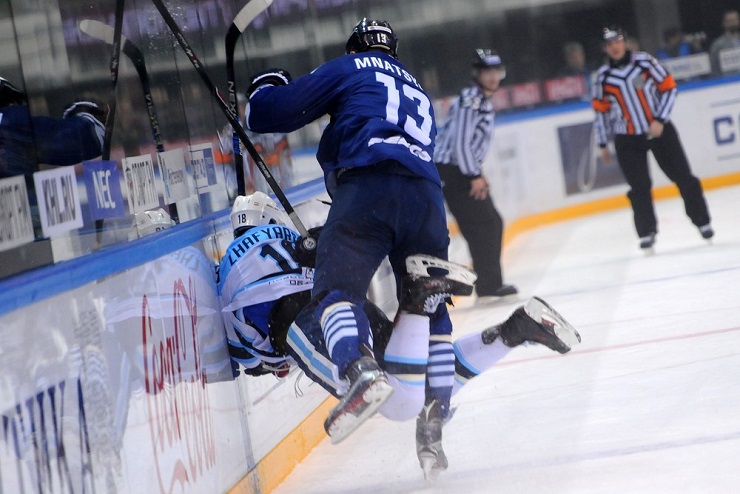 Chances were still hard to come by at either end, and Sibir’s biggest opportunity came when the home team hit penalty trouble. Maxim Mamin was expelled from the game in the 43rd minute and for the first 81 seconds of his five-minute penalty Admiral had to play with three man while Yegor Dugin served his time for an earlier minor. However, the visitor could not cash in, struggling to press Admiral into its own zone and then, in frustration, losing Tomas Vincour to the sin-bin to neutralize the advantage.

Admiral sealed the deal in the last minute when Dugin found the empty net. Ivan Nalimov made 22 saves and the teams do it all again on Tuesday in Novosibirsk.