CSKA quickly followed Dynamo into the next round of the playoffs, coming from behind once again to complete a series sweep of Slovan.

In the two previous games the Army Men had needed a third-period fight-back to prevail and so it proved here. Slovan, despite the blow of losing Michal Sersen to a game misconduct penalty for a high check early in the game, once again snatched the lead. The Slovaks only managed four shots in the opening stanza, but Tomas Surovy blasted his chance into the net from the face-off spot after rushing down the left and spotting a gap at the near post.

The middle session was goalless, but CSKA has previous when it comes to overturning deficits late on against Slovan. And Alexander Radulov, already unpopular in Bratislava, once again crushed Slovak hopes. He tied the scores in the 43rd minute, getting the vital deflection on Andrei Svetlakov’s shot, then claimed an assist as Stephane da Costa put the Army Men ahead.

The French international has endured an injury-disrupted regular season but is clearly enjoying play-off hockey. His close range finish after a sweet passing move involving Radulov and Simon Hjalmarsson made it three goals in the last three games. This was his second game winner among them, with Nikita Zaitsev’s empty-netter merely adding gloss to the finish and helping Radulov to another assist as his post-season tally goes to 1+5=6.

Slovan’s second KHL playoff campaign ends in the same manner as its first – a 0-4 sweep in the first round. CSKA will be hoping to reverse recent history and extend its run right to the final. 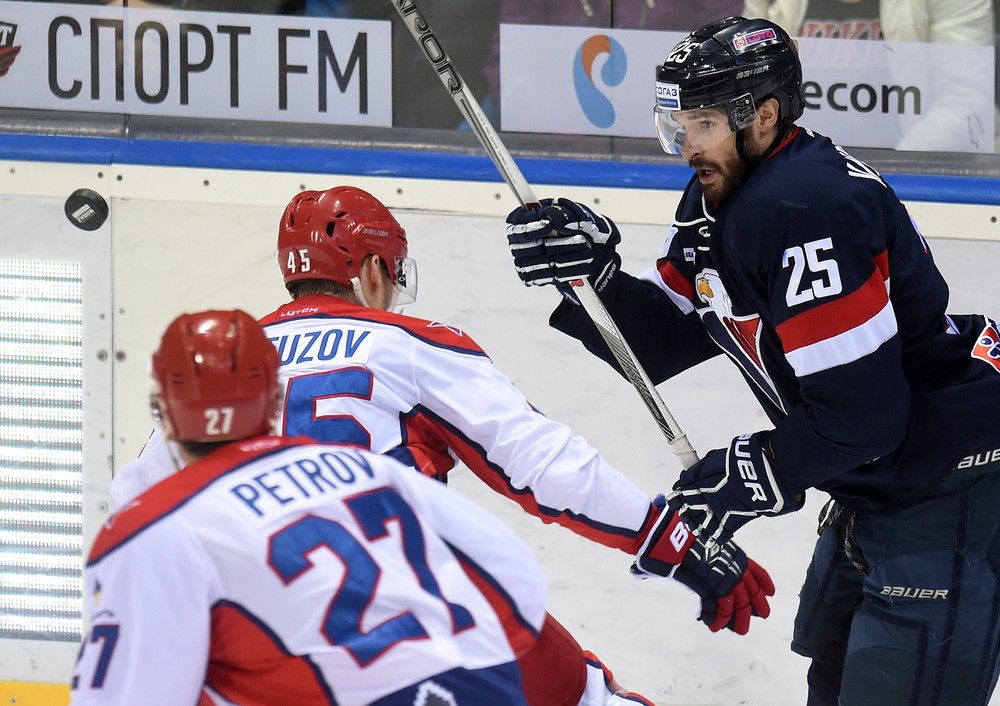