Kaspars Daugavins completed an impressive Torpedo comeback as he snatched the overtime winner in a game dominated by ill-discipline.

The Latvian forward was released into the Jokerit zone by Vladimir Galuzin’s defense-splitting pass and his shot was only partially blocked by Henrik Karlsson and the puck looped over the goalie’s shoulder and dropped just over the line despite his desperate attempts to swat it to safety.

Four players were expelled from the game – three of them for the home team – and all five goals were scored on the power play. The teams shared 142 PIMs, with Jesse Joensuu getting a 2+10 misconduct tariff in addition to the ejections.

Initially it seemed that the Finns would benefit from Torpedo’s ill-discipline, opening up a 2-0 lead in the aftermath of the ejections of Carter Ashton and Alexei Pepelyayev. Philip Larsen scored them both, and had another ruled off by the video official for kicking the puck. 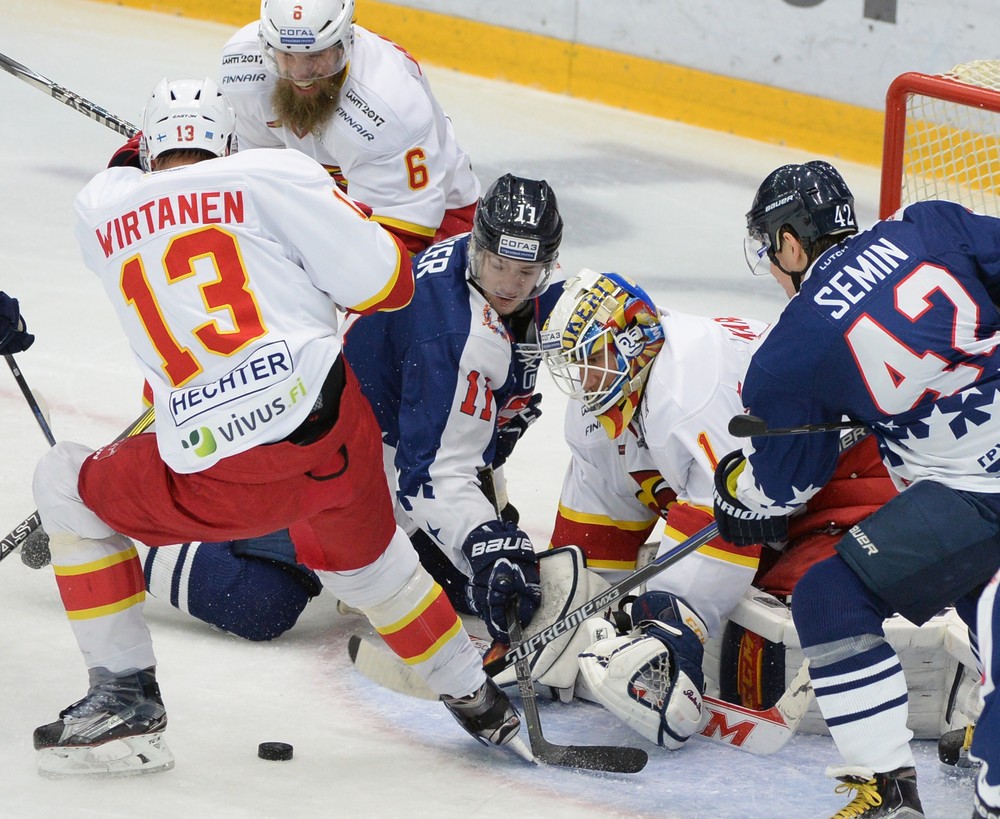 But Jokerit also got embroiled in penalty trouble. A 5-on-3 advantage for Torpedo saw Evgeny Mozer reduce the arrears before Topi Jaakola became the third man to be sent from the ice in the last minute of the second period. Dmitry Semin converted that power play, although he may not have known too much about how the puck ended up in the net as he and a crowd of players fell upon Henrik Karlsson in the aftermath of Artyom Alyayev’s shot from the point. There was still time for Alexei Sopin to join the growing queue for the shower late in the third period but even with depleted resources Torpedo managed to take the win and earn a 3-1 advantage as the series heads back to Helsinki.