Defending champion SKA St. Petersburg moved to within one win of progressing to the Conference semi-final after edging past Loko.

Gusev seemed to have run out of options when he took the puck into the corner, but he swung round, exchanged passes with Vadim Shipachyov and ripped a one-timer down the narrowest of shooting channels to open the scoring on the power play in the 25th minute.

Thereafter it was all about how Loko could react. Blanked in the same building two days earlier, and struggling to generate useful offense in the first period, the Railwaymen raised their game here. But once again, SKA defense did its job and limited the opportunities to get a good sight of Koskinen’s net.

The Finnish goalie made 54 saves in his two shut-outs here in Petersburg and returns to Yaroslavl having kept Loko at bay for almost 135 minutes. 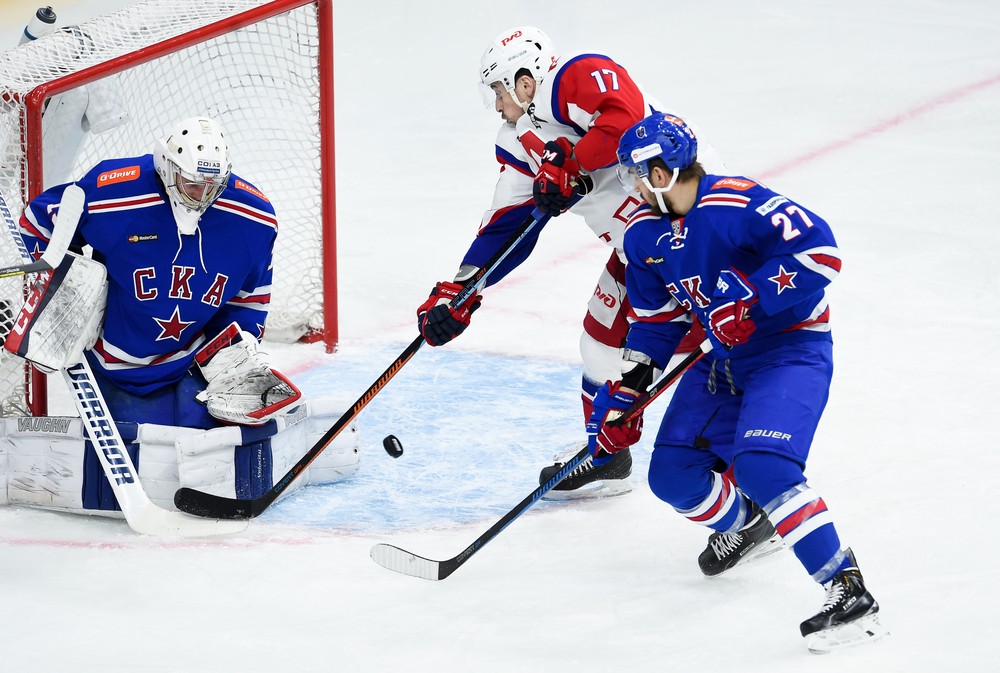