Two goals either side of the first intermission set Avangard on the way to a third successive victory in this series and left Neftekhimik’s play-off campaign on the brink of failure.

Anton Burdasov claimed the opener in the 19th minute, but the former SKA man enjoyed a slice of good fortune as Maxim Berezin’s attempted clearance dropped right in front of him to present a simple chance.

That goal out of nothing sent the teams to the locker rooms with Avangard in the ascendancy and right after the intermission the visitor doubled its lead. Yury Alexandrov got this one, firing in a mighty shot from the blue line. 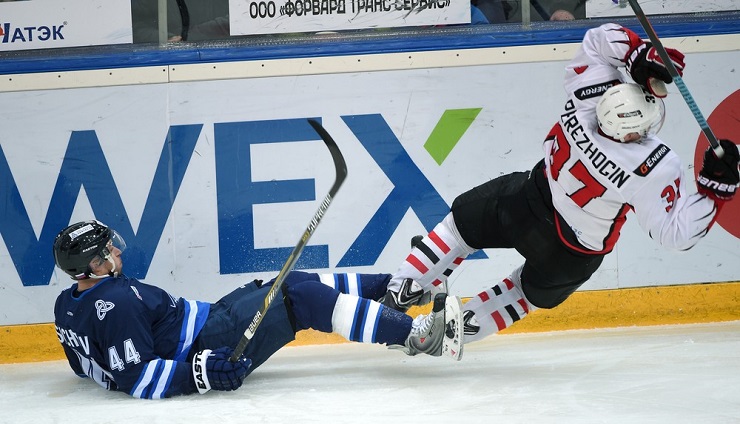 But Neftekhimik, despite staring down the barrel of a third successive defeat, did not crumble. The home team dominated the remainder of the middle session and assumed an even tighter grip on play in the third as Avangard struggled to carve out opportunities to extend its lead. Bogdan Yakimov pulled one goal back on a high-speed breakaway to set up a tense finale but the home team could find no way back in the last 10 minutes. The shot count in the third period was 18-3 in favor of the host, and visiting goalie Dominik Furch finished with 45 saves. Avangard is now just one game away from wrapping up the series.