Metallurg Magnitogorsk sent out a resounding message to its Eastern Conference playoff rivals with an emphatic win at Avtomobilist. Three goals in three first-period minutes set up a big win for Magnitka, which has completely turned around this series after a shock defeat in game one.

Alexander Semin opened the scoring, lazering in a shot from the right-hand circle after Tomas Filippi sliced through the Avto defense. Yaroslav Kosov added a second, turning home the rebound from Wojtek Wolski’s shot from the point. The Kosov turned provider, claiming the assist on Oskar Osala’s goal after a spell of pressure around Jakub Kovar’s net.

That was the last action of the night for the Czech goalie; he was replaced by Igor Ustinsky as Magnitka threatened to run riot. 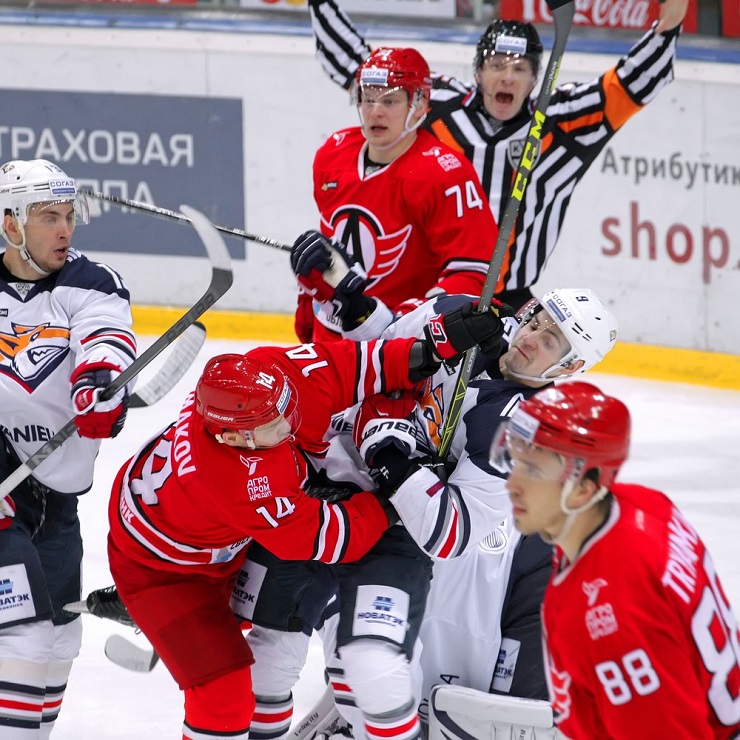 The scoring continued in the middle session. Kosov got his second of the game in the 21st minute and Denis Platonov made it 5-0 late on. But it was clear that the visitor was confident that the game was won – after firing in 21 shots in the first period, Metallurg managed just eight in the second.

The final stanza was scoreless until the final minute when Avto – inspired by optimism rather than realism – pulled Ustinsky for a final storm on Vasily Koshechkin in the away goal. The plan backfired. Osala fired his second into the empty net and the game finished 6-0. Koshechkin made 29 saves for his shut-out.