A last-minute CSKA goal completed another come-from-behind win as the clash between the top seed and the outsider in the West continues to prove tighter than the regular season standings would suggest.

Slovan had lost both games in Moscow, but was pegged back by two late goals when it seemed close to victory in Game 2 – and the pattern repeated here as the action switched to Bratislava. In a tense encounter the home team took the lead just after the midway mark. Marek Viedensky was the scorer, drifting into space at the far post and smashing home a one-timer off Vaclav Nedorost’s pass.

But as the game entered the last five minutes CSKA finally found a way past Barry Brust. Alexander Radulov, who had endured some barracking from the home fans during the game, delivered the perfect riposte as he carved through the defense before setting up Kirill Petrov for the equalizing goal.

Worse was to come for the Slovaks: a boarding call sent Andrej Stastny to the sin bin in the dying seconds and – with just six seconds of the penalty to kill and 45 seconds left in the game – CSKA grabbed a dramatic winner. Radulov was involved again, but it was Stephane da Costa who got the vital goal, bundling the puck home from the slot after Bogdan Kislevich rushed the net and passed across the crease to the Frenchman to score his second of the play-offs. 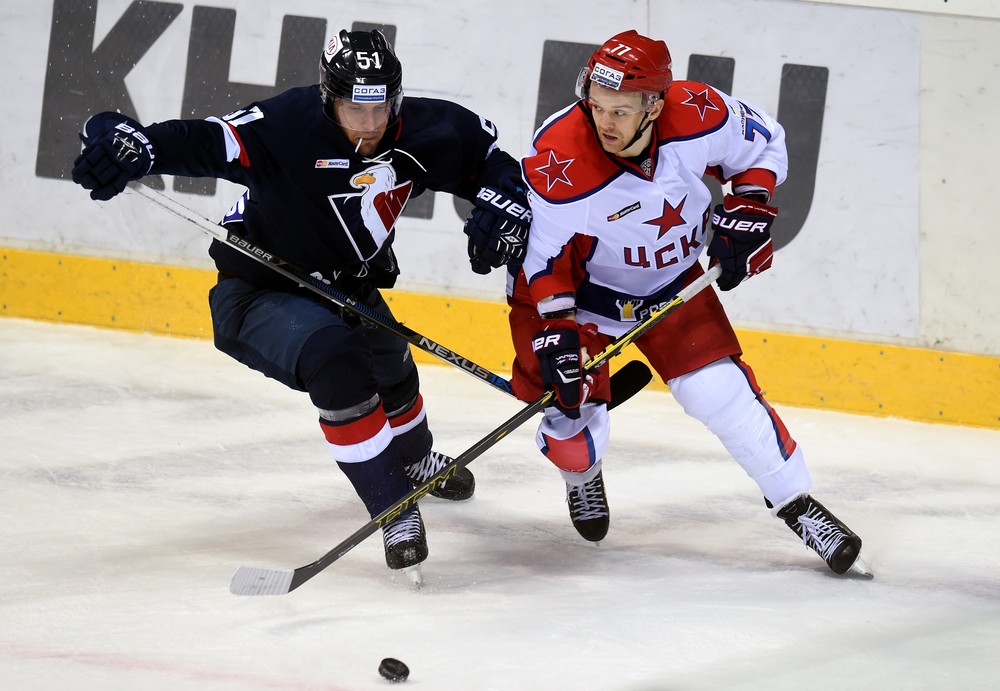