Torpedo, the outsider at the start of this series, holds the initiative after three games thanks to a solitary goal in the first period and a fine display from goalie Ilya Proskuryakov.

The key moment came early: there were less than nine minutes played when Torpedo won a power play, and it took a matter of seconds to convert the opportunity into a goal. Following the face off the puck dropped to Dmitry Syomin, Maxim Osipov fired in a shot from the blue line and Artyom Alyayev was on hand at the near post to deflect it past Henrik Karlsson.

Much of the game was a niggly, scrappy affair, typified by a brawl deep in the first period involving Jokerit’s Peter Regin and Jesse Joensuu and Torpedo’s Alexei Potapov. However, in between the scuffles, Jokerit had slightly more of the play and fired in 31 shots on Proskuryakov’s goal. However, the Finns could find no way through the home defenses and ended up on the wrong end of a narrow loss. 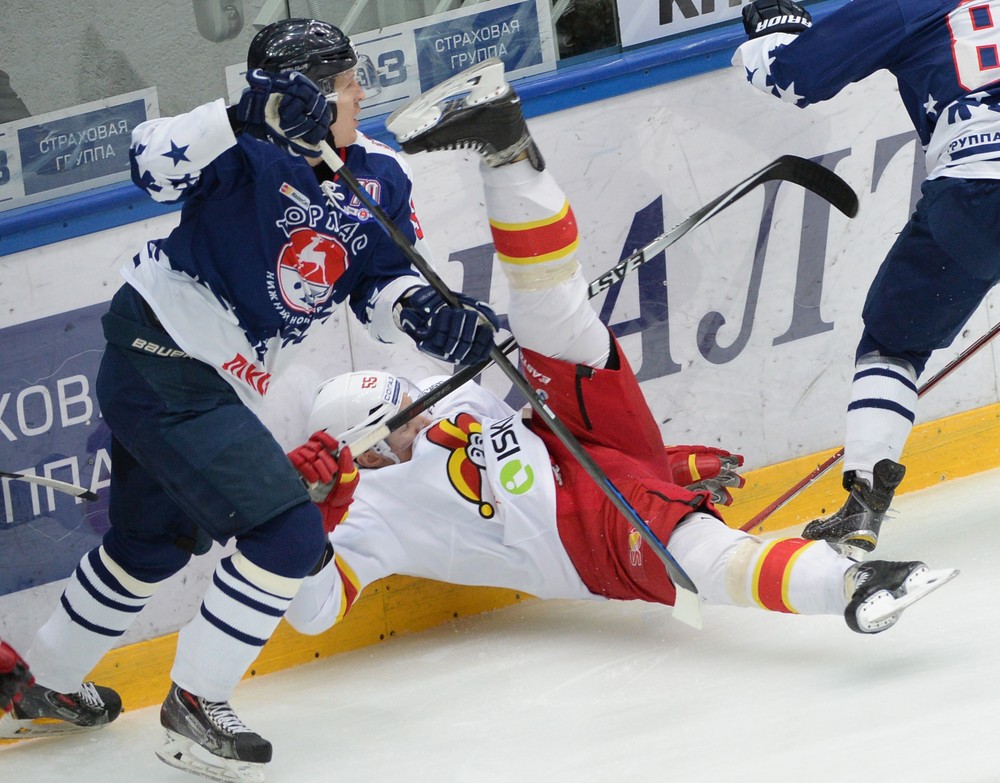