Dynamo closes in on victory

The Blue-and-Whites are just one win away from progressing to the Conference semi-final after blanking Sochi in Game 3.

But the comfortable scoreline belies the difficulty the home team had in putting this clash to bed after snatching the lead late in the first period. Ilya Shipov got that one, forcing home the rebound after Maxim Karpov saw his shot saved by Konstantin Barulin.

Subsequently, though, the game hit something of a trough. Chances in the middle stanza were hard to come by as the teams managed just eight shots on goal between them. The final stanza was also a stop-start affair, disrupted by frequent minor penalties on both sides, but Ansel Galimov wrapped up the win for Dynamo with two goals in the last four minutes. Alexander Yeryomenko made 23 saves for his first post-season shut-out of this campaign.

Earlier in the game Sochi was hampered by the loss of former Dynamo man Mikhail Anisin was expelled for spearing. The visitor survived that penalty but the loss of an offensive outlet disrupted Sochi’s prospects. 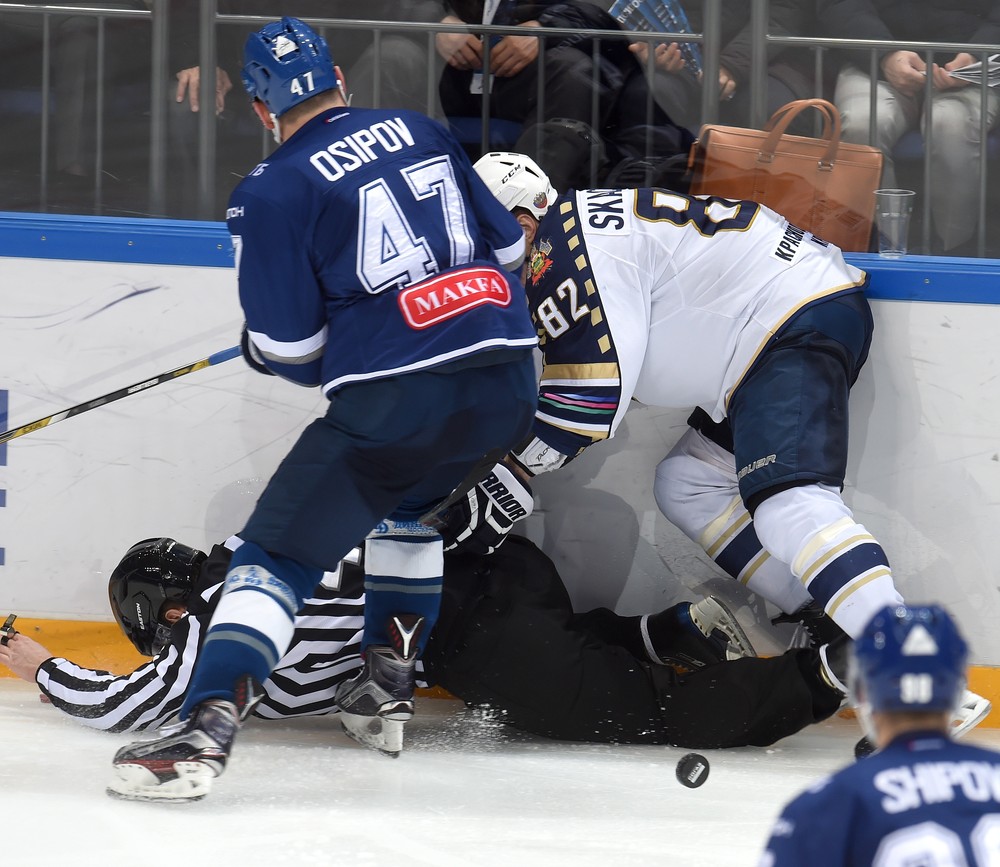