Avangard holds on for victory

Avangard had to withstand a Neftekhimik fightback before claiming a 2-0 lead in this playoff series.

For the first half-hour the game was all about the home team: Avangard opened up a 3-0 lead and seemed to be in total control. Yury Petrov gave the host the perfect start, smashing home a one-timer in the fifth minute after Alexander Chernikov did the hard work behind the net. Two goals in barely a minute midway through the middle stanza consolidated that advantage. Ilya Zubov and Martin Erat were the men on target.

But Neftekhimik hit back. In the 35th minute Andrei Sergeyev converted a power play when he thumped in a shot from the blue line and Avangard ran into further penalty trouble early in the third as the visitor earned a 5-on-3 power play. Avangard had just managed to get one man back on the ice when Evgeny Grigorenko’s pass from behind the net picked out Jeff Taffe in plenty of space to make the score 3-2. 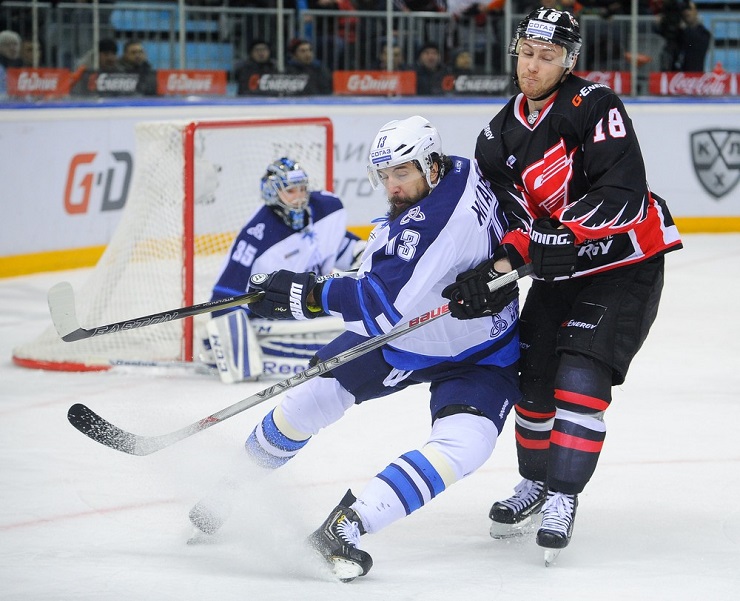 With the home team now feeling the pressure Neftekhimik’s PK worked effectively as Andrei Stas sat out two minutes and the nerves around Arena Omsk increased when Denis Parshin was sent to cool his heels shortly after. But in the dying seconds Avangard secured the win thanks to Nikolai Lemtyugov’s empty net goal.