The biggest shock of the opening playoff games came in Magnitogorsk as two goals from Alexander Pankov saw Avtomobilist pull off a sensational come-from-behind win.

The Yekaterinburg team had never previously won a road game in KHL post-season and that record seemed set to continue as Metallurg opened the scoring early on. Avto took a bench penalty on 1:55 and 13 seconds later Alexander Semin found plenty of space in the right-hand circle to snaffle a wrister off Jan Kovar’s pass.

But Avto did not buckle. Within three minutes the scores were level as Pankov and colleagues conjured a goal out of nothing. Andrei Alexeyev worked hard to win the puck on the boards and send it to Vitaly Popov behind the net. His pass found Pankov, and an instinctive one-timer left Ilya Samsonov with no chance.

The winner came in the 25th minute with Alexei Simakov at its heart. He released Alexeyev into the zone then delicately redirected a pass on to Pankov’s stick, giving the forward a clear sight for his second goal of the game. 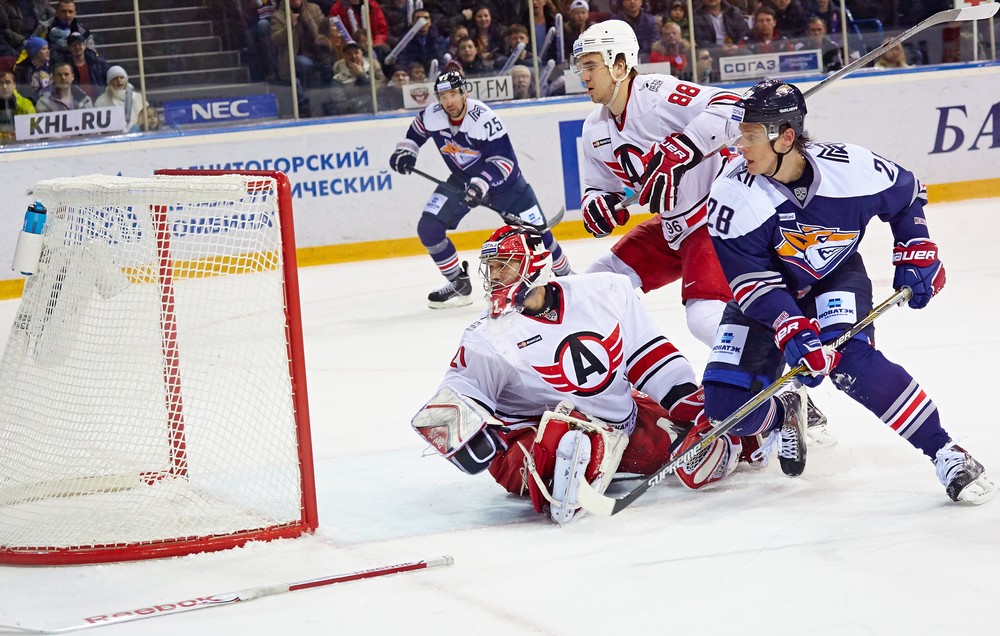