Admiral enjoyed the first big opportunity of the game when Viktor Alexandrov found space out in front on the power play and fired in his shot. However, Alexander Salak got his body behind that one. Sibir struggled to get into the game early on, but its first power play late in the opening stanza changed the pattern. Plenty of patient work went unrewarded during the numerical advantage, but Admiral was unable to relieve the pressure. A delayed penalty brought the breakthrough when Ivan Vereshchagin spotted a weak link in the visiting defense and fired a powerful shot from the blue line inside Igor Bobkov’s near post.

The teams then traded goals at the start of the second period: Viktor Bobrov made it 2-0 to Sibir before Alexander Kuznetsov got one back almost immediately. Sibir made it 3-1 when Sergei Shumakov managed to wrestle the puck away from the boards and found Stepan Sannikov on the edge of the circle. Sannikov exploited the additional space on the power play, swivelling through 360 degrees before firing past Bobkov. Once again, though, the two-goal cushion was short-lived: Geoffrey Kinrade’s slap shot came through heavy traffic with Konstantin Makarov claiming the touch that took the puck past Salak.

The game turned on a 5+20 penalty for Admiral’s Alexei Ugarov late in the second period. Sibir converted the power play through Konstantin Alexeyev early in the third and this time the advantage held until the end. The visitor tried everything to force its way back into contention, pulling goalie Ivan Nalimov with almost four minutes left in a bid to convert a late power play, but Sibir held off the assault. 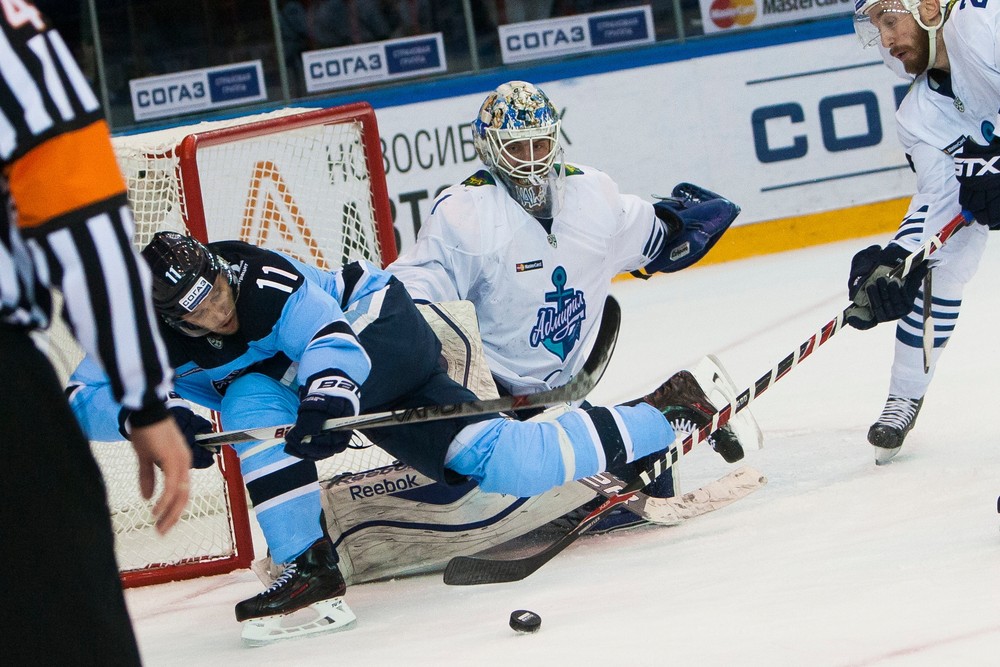