Avangard lived up to its seeding and won the opening game of this series – but outsider Neftekhimik pushed the Conference leader harder than many expected.

Evgeny Popikhin’s team had to wait until the final day of the regular season before clinching its play-off spot, but that didn’t stop it making the brighter start in Omsk. Dan Sexton carved out an opening in the first minute and Igor Polygalov was close to forcing home the loose puck. Instead he drew a penalty against Michal Kempny but the power play came to nothing. Gradually the home team improved, though, and finished the period ahead on the shot count but deadlocked at 0-0.

It didn’t take long for Avangard to open the scoring in the middle session. Artur Lauta made the breakthrough in the 25th minute, smashing home a one-timer after Yury Petrov’s pass from behind the net was deflected into his path by Alexander Chernikov. Neftekhimik wasn’t finished, though: on the power play Evgeny Grigorenko picked out Dmitry Shchitov on the slot and his one-timer came through a screen to beat Dominik Furch.

Avangard showed its class on offense with a well-worked second goal to go into the second intermission with the lead. Ilya Zubov led the rush and his pass enabled Martin Erat to draw goalie Alexander Sudnitsin to the near post before slipping the puck to his left for Alexander Perezhogin to shoot into the gaping net. However, Neftekhimik remained resolute, staying in contention in a one-goal game until the final hooter sounded. 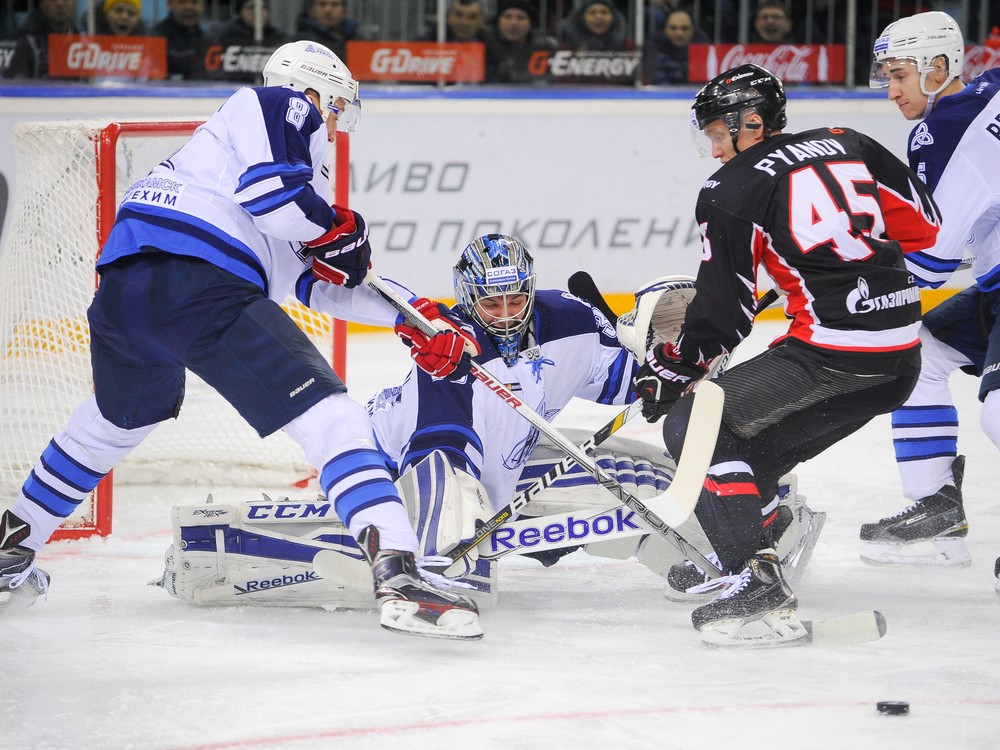