It took some time for CSKA to get ahead against Slovan – but after a frustrating 30 minutes the regular season champion eased to a comfortable victory.

The first period saw few chances at either end: the Army Men struggled to get inside Slovan’s defenses, despite Antti Pihlstrom hitting the post. At the other end the Slovaks came close when Ladislav Nagy skated clean through but was squeezed out by the defense before he could shoot.

But the middle stanza changed everything. CSKA tightened the screws steadily from the off and a combination of powerful home offense and frequent penalties for the visitor opened up the game. Radulov saw his shot rebound off bar and post to safety in the 30th minute but that was the final reprieve for Slovan. In the 32nd minute Gennady Stolyarov destroyed defenseman Tomas Starosta against the boards, headed for goal and picked out Kirill Petrov with his pass. Petrov had all the time in the world to line up a shot beyond Barry Brust as the goalie struggled to regain position. 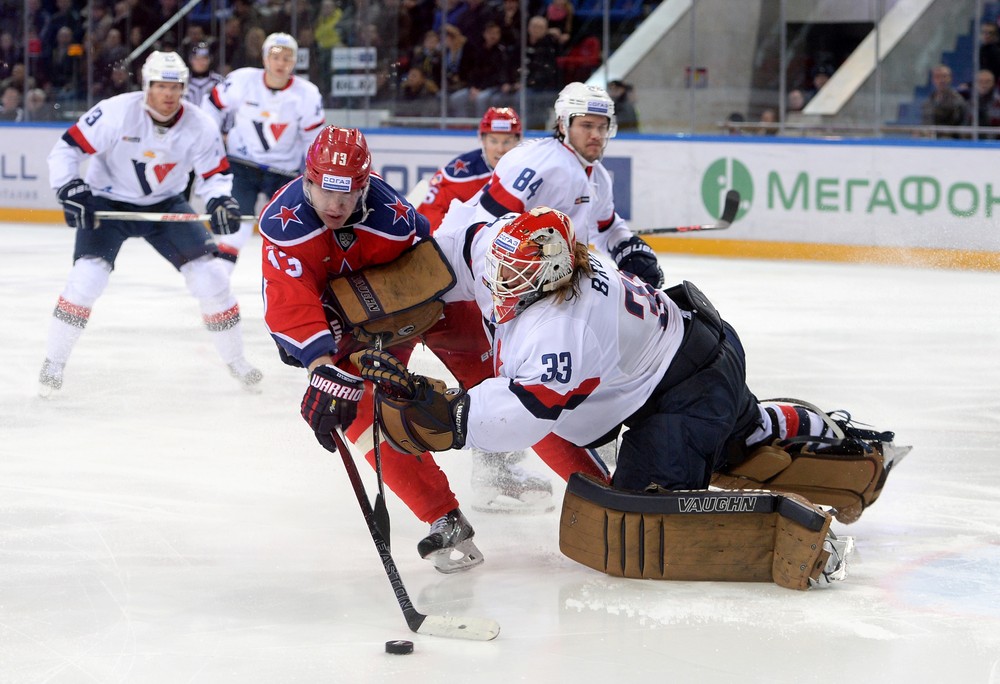 With the outcome of the game more or less decided, tempers began to flare. Two of the KHL’s more colorful characters, Slovan coach Milos Riha and CSKA captain Radulov, exchanged angry words late in the game. That did nothing to distract CSKA’s young goalie Ilya Sorokin, who marked his post-season debut with a 24-save shut-out.

This was Slovan’s fifth post-season game overall, and Bratislava men are still to taste victory at this stage. Back in 2013, Dynamo Moscow dispatched Slovaks 4-0 on its way to second successive Gagarin Cup triumph.