Sochi came into the play-offs full of confidence after an impressive regular season lifted the team to fourth place in the table.

But up against a Dynamo team with rather more post-season experience, Vyacheslav Butsayev’s men suffered a damaging opening defeat.

It was the blue-and-white defense that held all the cards here. The first three goals came from blue liners, with Juuso Heitanen opening the scoring before Dmity Vishnevsky scored in the last minute of the first and second periods to open up a 3-0 lead.

Ilya Shipov, one of the younger players to break through at Dynamo this season, made it 4-0 when he wrapped up a slick passing move involving Maxim Karpov and Artyom Fyodorov late in the third.

Sochi got a late consolation goal when Yegor Morozov deflected a Renat Mamashev slap shot past Alexander Yeryomenko to deny the goalie a shut-out, but the key questions in this game had already long been answered. 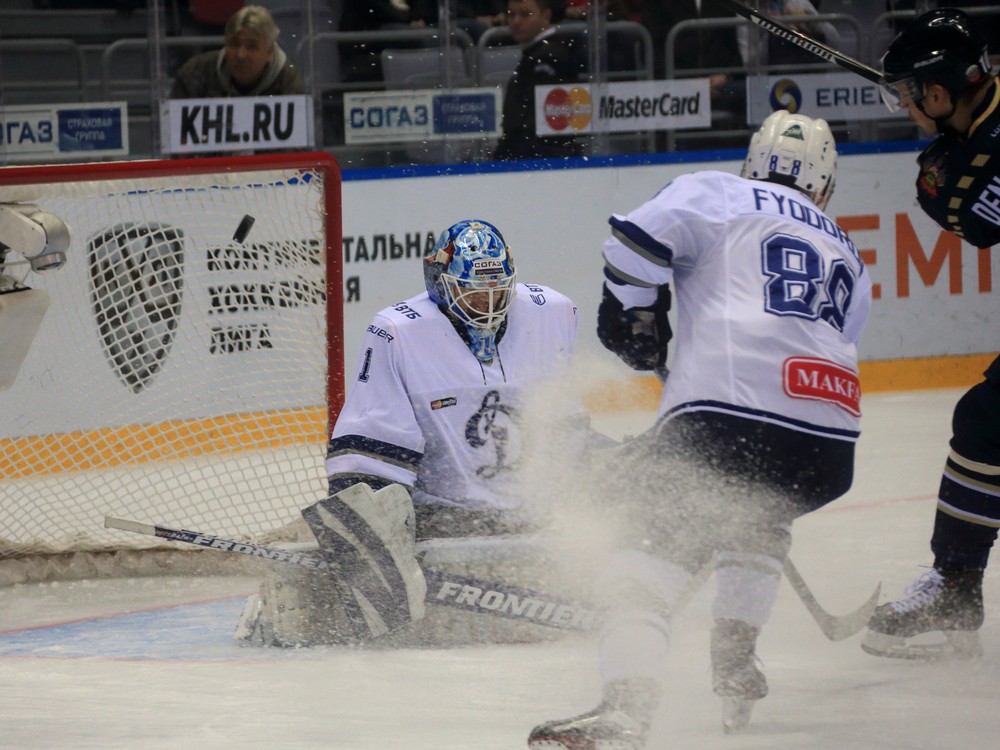