Saturday, the 20th of February, saw the issue of the first ever postage stamps dedicated to the Kontinental Hockey League, and in Moscow, fans of philately and of Russia’s number one sport who made it to the capital’s Central Post Office were able to have their unique stamps franked on the first day of issue. 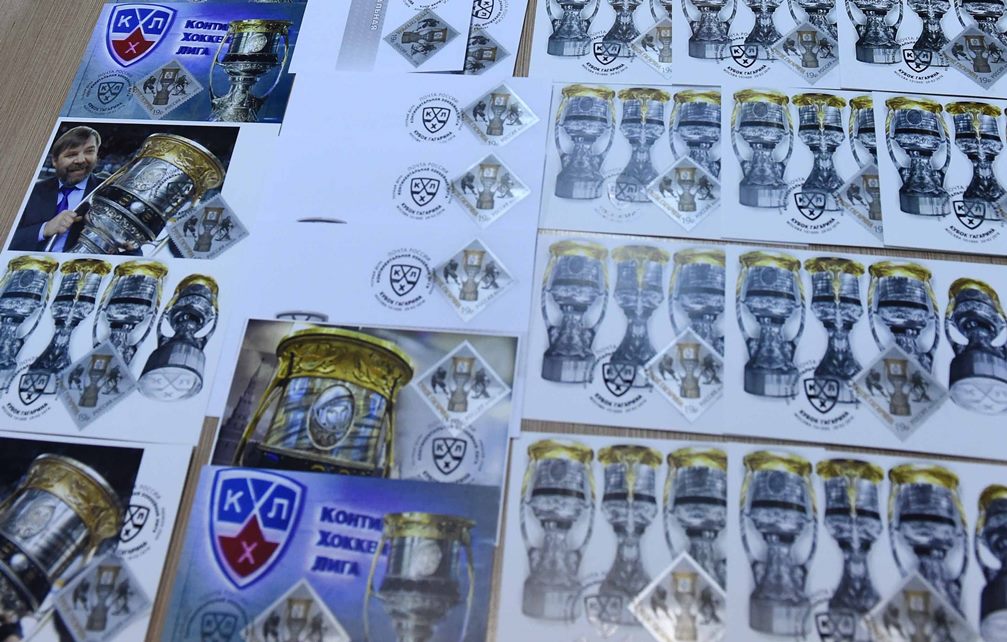 The stamps were created to mark the beginning of the 2016 playoff campaign, and also to present the new black-and-steel image of the KHL brand. The artwork on the stamps is by renowned designer Roman Komsa, and reflects the unifying spirit of the game and the epic fight for the greatest KHL trophy – the Gagarin Cup, on either side of which can be seen images of two hockey players – one skater and one goalie. 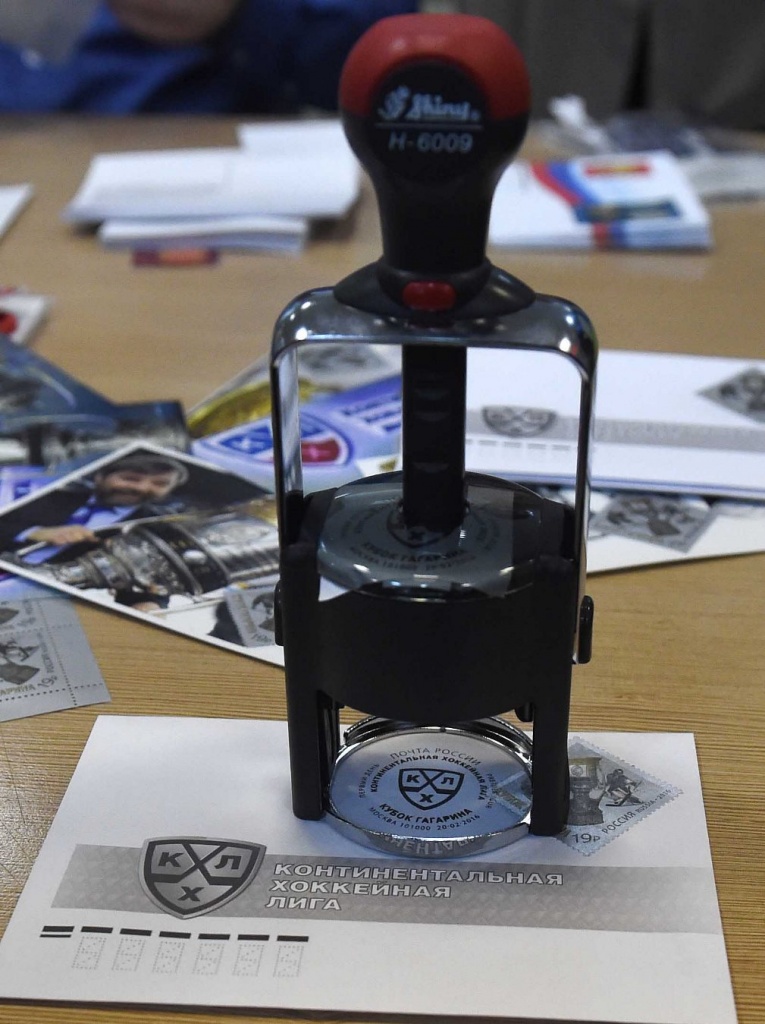 In addition to the stamps, collectors can purchase a first day cover together with four stamps and franked by the Moscow Post Office. In all, the commemorative issue comprises 38,000 sheets of nine (3x3) stamps, so that a grand total of 342,000 of these coveted collectors’ items are in circulation. A stamp which has been officially franked on its first day of circulation accrues a higher value, as such items are keenly sought after by collectors.
#style
Share
Прямая ссылка на материал