On Saturday, the 20th of February, on the eve of the first round of the 2016 Gagarin Cup playoffs, the Kontinental Hockey League unveiled a new visual style. The new look is to become an integral part of the brand and involves changes to the official emblem as well as to the League’s websites, publications and merchandise.

The striking new design lends the League a more modern and dynamic image. The KHL has opted for a monochrome theme to the new style. The old, familiar multi-colored look is replaced by a simple combination of two shades – deep black and shiny steel – evoking a puck gliding along sheer ice or the flashing blade of a skate, and reflects the toughness and dynamism of the great game. The new black-on-steel look, when applied to the logo, makes the letters more clearly defined and the image more vivid, while an alternative emblem has been created in which the famous initials stand alone.

By the time the playoffs get underway on Sunday evening, the new style will already adorn the arenas, the League website, the KHL mobile apps and all official merchandise.

To mark the introduction of the ultra-modern visual style, the League has announced the launch of a range of exclusive clothing, the Steel Collection. This limited edition range of garments was specially created for the occasion with the help of the renowned Russian designer, Antonina Shapovalova. The collection will be on display at a special premiere on Sunday, when the hallowed ice at Moscow’s Army Palace of Sport will become a temporary runway for the models in this unique fashion show, as a pre-game treat for the fans who flock to the arena to see CSKA and Slovan do battle in the opening game of the playoffs. 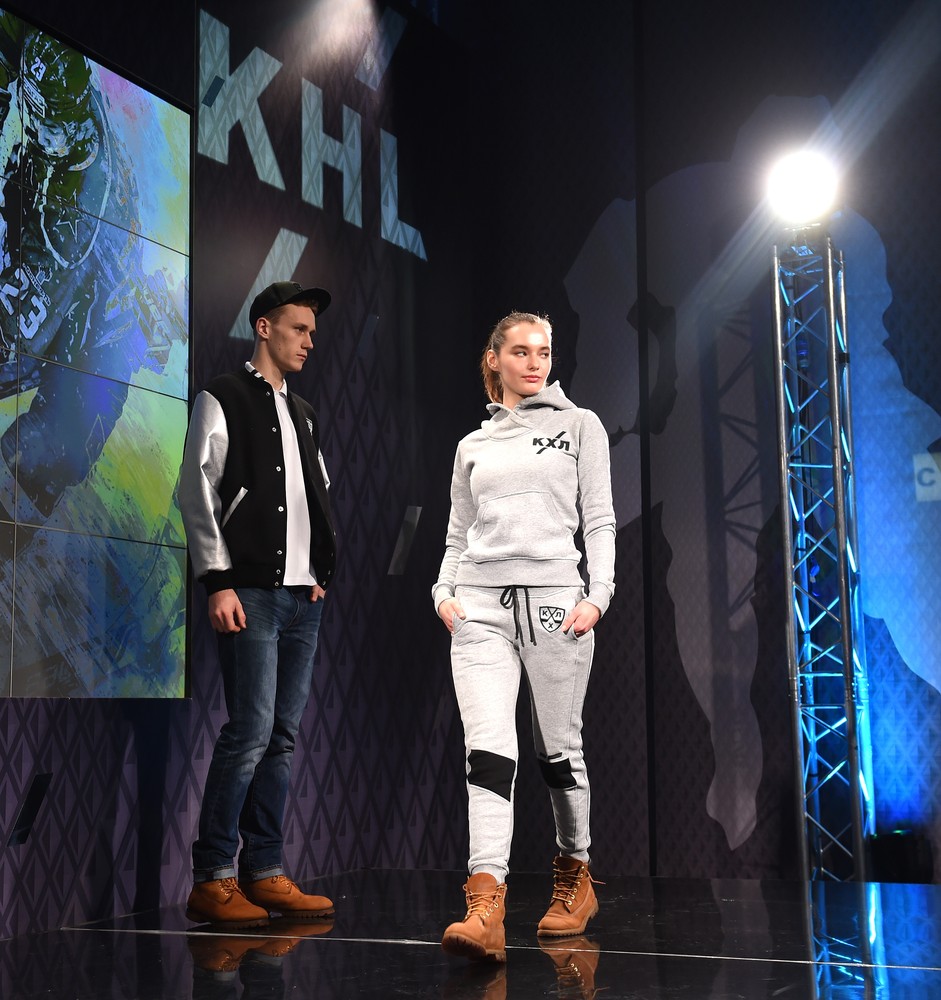 The changes are already visible at the KHL online store, from which licensed merchandise sporting the brand’s new look are now on sale.

In addition to the Steel Collection, fans can purchase a wide range of fashionable souvenirs, accessories and baseball caps, all designed in the new style by Atributika&Club.

The new style will also adorn the web pages by which many hockey-lovers follow the latest exciting developments in the KHL. Naturally, the modern color scheme will be applied to the League’s official website, but users can rest assured that all the valuable services provided by the site have been retained.

KHL President Dmitry Chernyshenko said of the new style: "Hockey is one of the most dynamic of all sports, so we must not rest on our laurels; we should always strive to innovate and evolve. That is why we created the KHL’s new visual style, which is not only tough and uncompromising but attractive and inclusive for all our fans. I am sure the new look will serve as a striking background for the thrilling battles on ice before passionate spectators, and will also make the League more recognizable, stylish and relevant to the spirit of the game."
#style
Share
Прямая ссылка на материал