Riga Begin Their Road Trip With A Loss Against Spartak

Dinamo Riga looking for third in a row

Positives And Negatives Of Dinamo Riga So Far

Salavat looks to make it seven in a row to begin the season!

In the short history of the All-Star Game and its accompanying festivities, the Master Show skills competition has earned a reputation for supplying many of the event’s most surprising, exciting and memorable moments, and this year it turned out to be one of the most intriguing of all, despite comprising a mere five contests.

First blood went to the traditional winners, Team West, when Jokerit forward Brandon Kozun won the Fastest Player contest by completing a lap in just 13.54 seconds. It is an impressive achievement, undoubtedly, but Brandon was not quite quick enough to match Wojtek Wolski’s record of 13.178 seconds, set last year in Sochi. 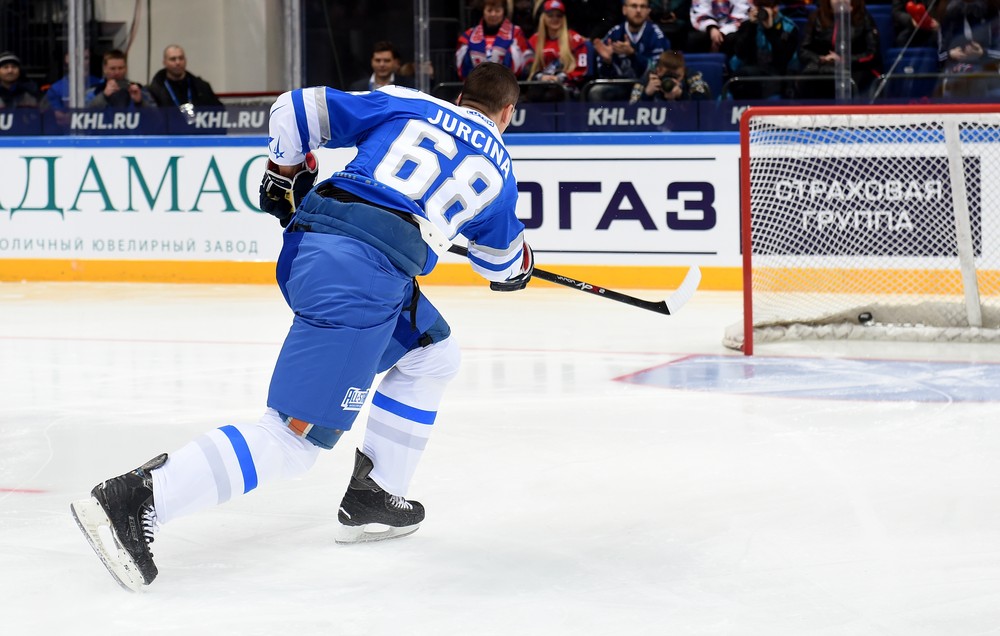 Team West then surged into a 2-0 lead with victory in the next event, Hardest Shot, thanks to Medvescak’s Milan Jurcina. The Slovak defenseman was selected by the KHL management, and he fully justified their faith by belting a shot which was clocked at 160.49 km/h. Having won the competition, he earned the right to a bonus shot, and he surpassed his previous effort with a 163.12 km/h strike, although Alexander Ryazantsev’s record of 183.67 km/h (114.13mph), set in Riga back in 2012, remains intact.

The third contest, entitled Awesome Attack – Solid Defense, is a welcome chance for the goaltenders, often given such a torrid time during the All-Star Game, to display their skill and frustrate the forwards. A three-man attacking line from each team has three attempts to score, and there are no defensemen to aid the goalie. This year, Team East emerged victorious and the overall score now read 1-2. 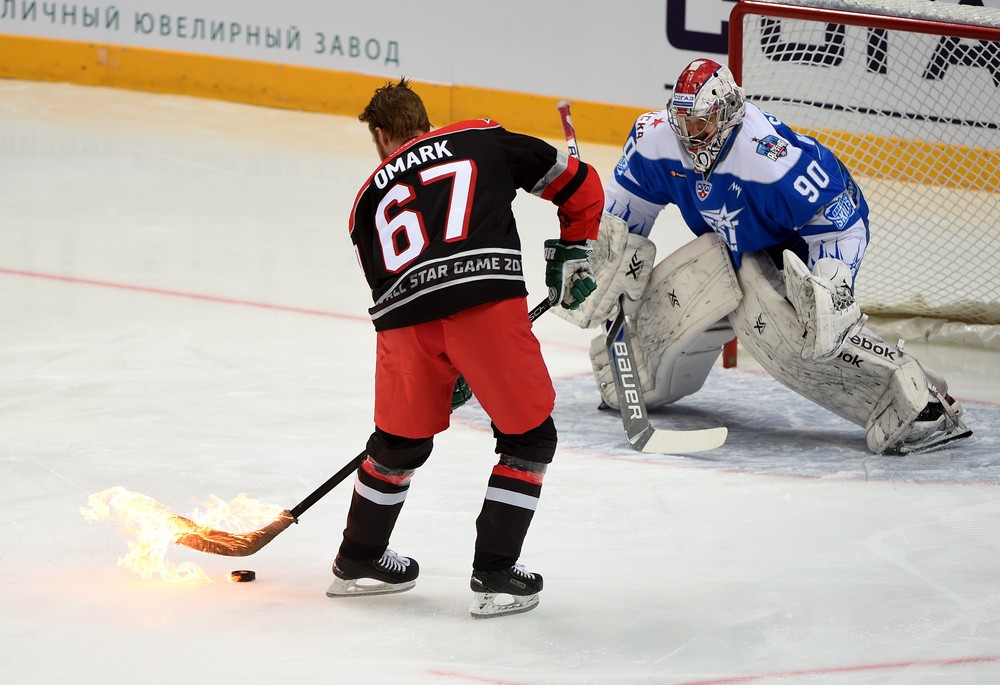 Next came the Shootout contest, in which the masters of offense must not only score, but do so in style. Full marks for originality must go to Avangard’s Vladimir Sobotka for using a lacrosse racket, and there were entertaining impressions from Avtomobilist’s Anatoly Golyshev (Robin Hood) and Lokomotiv’s Daniil Apalkov (Leonardo Di Caprio), but first place had to go to Salavat Yulaev’s Linus Omark. Fans may remember the Swedish forward marking his arrival in Russia by posing with a burning hockey stick in a photo session for the KHL, and today, six-and-a-half years later, he astounded the assembled spectators by setting his stick ablaze for his shootout attempt. Omark’s exploits meant the Master Show score was now 2-2, setting up a tense winner-takes-all finale.

The fifth and decisive event, Fastest Skater Team Relay, is an exciting race with six players (one goalie, two defensemen, three forwards) per team, each skating one lap of the rink before passing the baton (a hockey stick, of course) to his team-mate. The contest is particularly fiendish for the D-men, as they must complete their circuit while skating backwards. The stars from the Eastern Conference reached the finish line first, thus completing a heroic fightback from 0-2 to 3-2 and earning their place in the history books – it is the first time the men from the Orient have won the Master Show since it adopted the East-versus-West format.
#asg
Share
Прямая ссылка на материал