All-Star Game Program of Events: a Glittering Festival of Hockey

The Kontinental Hockey League is pleased to unveil the full program of events surrounding the 2016 All-Star Game, which takes place this forthcoming Saturday, the 23rd of January, at Moscow’s VTB Ice Palace.

The festivities get underway long before the All-Star Game itself. As early as 13:00, and two-and-a-half hours before the start of the Master Show skills competition, the venue’s open-air arena will be transformed into a huge entertainment zone for fans, and there will be something for everyone who attends the most action-packed Saturday of the season.

There will be games and tests of skill for fans of all ages. You can wander through the contest zone, take a hockey stick in hand and experience the thrill of being a star player showing his skill in the Master Show. How hard or how accurately can you shoot the puck? Is your stick-handling technique so deft you can propel the puck across the ice so that it lands right on the center spot? Are you a hockey expert, willing to have your knowledge tested by quiz questions? You are sure to be delighted by the surrounding ice sculptures, including a TV Studio, the obelisk adorned with the All-Star Game logo, and the Team East and West captains’ jerseys frozen in ice. Do not forget your camera – photos of all these would be a superb addition to any album.

There is even a special treat for the smallest fans – they can see a living legend at the VTB Ice Palace. At 13:00, the two-time world champion and two-time Gagarin Cup winner, Alexei Morozov, is to give a master-class for the youngsters of Segezha Wolves (from Segezha, in the Republic of Karelia), who last November won the Dobry Lyod (“Good Ice”) children's hockey tournament run by the Timchenko Foundation children’s charity. 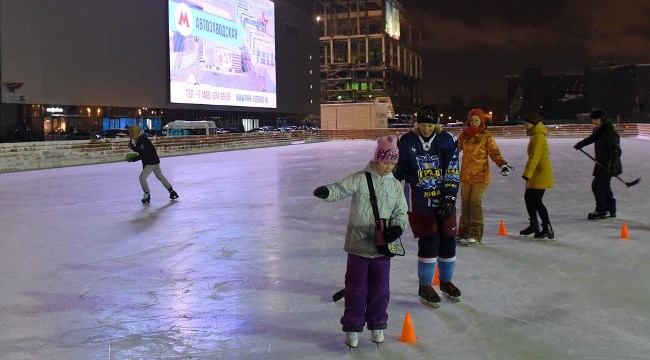 There will also be an open-air concert featuring popular performers, and if, despite all the fun competitions, quizzes, children’s rides, skating and dancing, the fans start to feel the frost, then fear not – many varieties of hot food and drink will be on sale.

The KHL team mascots have become a popular tradition at the All-Star Game, and we are happy to confirm they will be present at the festivities. The mascots will not be confined to the ice Palace, however, and on Saturday morning you will find them in Red Square giving away invitations to the All-Star Game. You can also have your photo taken with the mascots or join them in a hockey game with an inflatable puck.

The excitement continues inside the arena when the doors open at 14:00. Spectators will be greeted by the mascots, fresh from Red Square, and there will be an autograph session where you can meet many legends from hockey’s glorious past.

There will be no fewer than 9 stores selling official All-Star Game merchandise, from coveted souvenirs (magnets, keychains, mugs, cellphone cases) to quality clothing (hoodies, caps, scarves, t-shirts, and various accessories). Fans can sample many official and tasty KHL-sponsored products – pucks made of chocolate or ice cream, or chocolate coins, nougat and others. There will also be a special zone set up for collectors, where you can buy or trade hockey cards from current and previous KHL seasons. 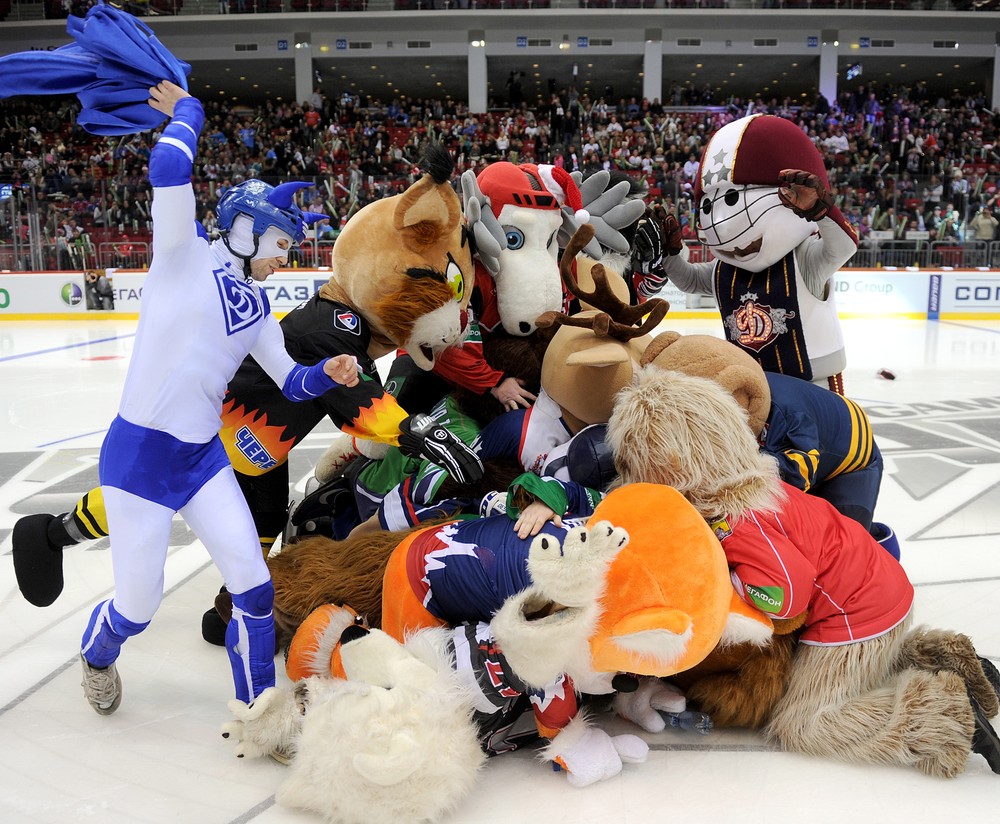 The stars step out onto the ice at 15:25, and at 15:30 they will compete in the Master Show – the popular tests of individual speed, strength and skill.

At 16:40 is the colorful show accompanying the formal introduction of the finest players of the Eastern and Western Conference, who at 17:00 will face off for the 2016 All-Star Game. When the game is over, there will be the return of an old tradition, revived by the KHL: each participant will receive a commemorative medal in a special case, as a lifelong memento of the great occasion.

The All-Star Game will be broadcast live on the KHL-TV and KHL-TV HD channels, with coverage starting at 15.00, and the Russian channel, Match TV, offers live viewing of the Master Show and delayed coverage (starting at 18.20) of the All-Star Game. In addition, there will be free online coverage on the official League website. Viewers in many other nations around the world will be watching the 2016 All-Star Game, with broadcast rights purchased by more than 15 foreign companies operating in over 25 countries: Belarus, Kazakhstan, Latvia, Slovakia, Finland, Croatia, Armenia, Bosnia and Herzegovina, Hungary, Canada, Lithuania, Norway, Serbia, Slovenia, USA, Montenegro, Czech Republic, Sweden, Estonia and others.

You can already sample the festive atmosphere and share your views and thoughts on the All-Star Game on social networks, by using the event’s hashtag #khlallstar

We look forward to seeing you at the 2016 KHL All-Star Game, a mere two days from now!
#asg
Share
Прямая ссылка на материал