The coveted uniforms for players in the 2016 All-Star Game have been revealed by the League. The best players in the Western Conference will play in blue and white jerseys, and the brightest stars in the East will be adorned in black and red. Both jerseys have a hint of silver – one of the main colors of the KHL, and of course, of the Gagarin Cup trophy. 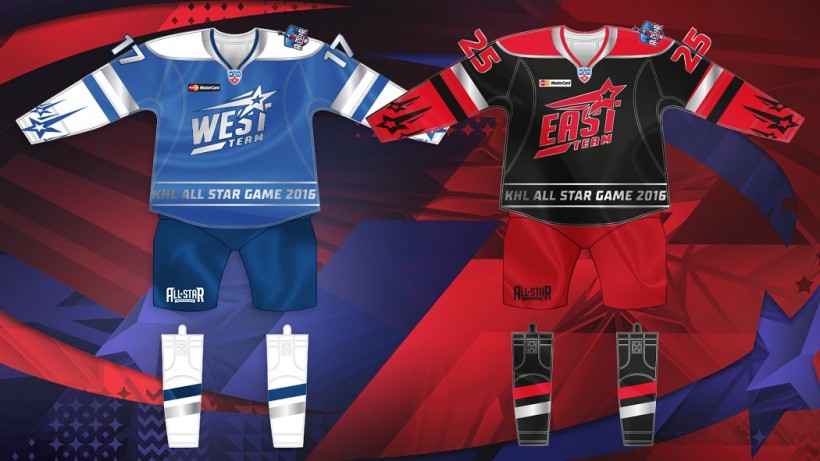 The jerseys boast all the main stylistic elements of this annual festival of hockey – the All-Star Game logo, the League’s official emblem, the name of the game and competing teams, and last but not least, there are stars – the key ingredient of the event.
#asg
Share
Прямая ссылка на материал