The Kontinental hockey League has unveiled the design for a very treasured item, one which every great hockey player strives to possess and will only share with his most trusted comrades – the puck for the 2016 All-Star Game, on Saturday, the 23rd of January, at Moscow’s VTB Ice Palace.

The finest players of the Eastern and Western Conferences will do battle over three unique pucks, the designs of which are shown below. 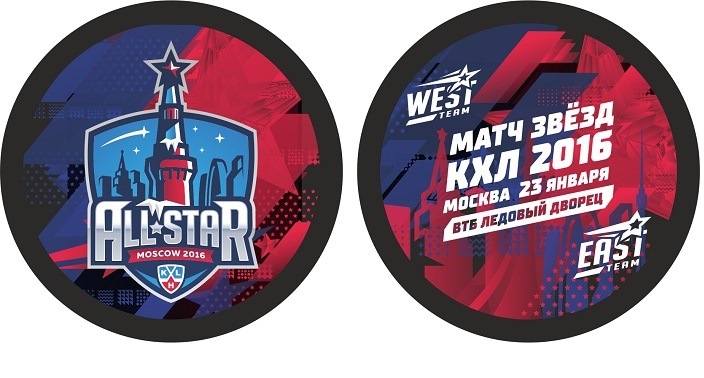 All-Star Game pucks may be purchased at the arena on the day of the event, and will go on general sale via the KHL online store at a date to be confirmed in the near future.

We remind all fans that they can still book their places for the greatest hockey show of the season. Tickets may be purchased via the official All-Star Game website (with no service charge) or via the website of the ticket agency Parter.ru (with a 10% service charge).

Do not miss your chance to be present at the biggest event of the hockey season!